Repertory Philippines, more popularly known as REP, celebrates its golden year by bringing back to the stage the gripping and thought-provoking drama, “Agnes of God,” as part of its exciting 50th year offerings.

Written by notable playwright John Pielmeier, “Agnes of God” was a long running hit on Broadway which opened in 1982, and adapted into film in 1985.The play explores the lives of three women and their own dark pasts. Their stories are interwoven into the mysterious case of the young nun Agnes who is accused of conceiving and killing her own baby in the convent. 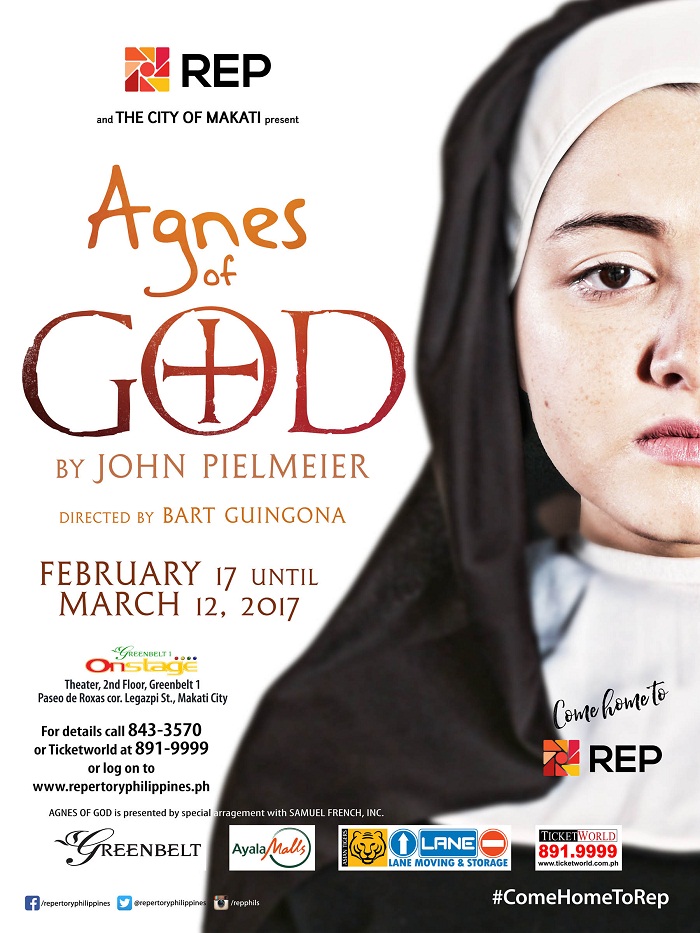 REP first staged “Agnes of God” in 1983 with veteran actress Pinky Amador playing the role of Agnes for which she won Best Actress in the 1983 Aliw Awards. Pinky returns in this re-staging of the critically-acclaimed production, but this time as Mother Miriam Ruth, the strong-willed Mother Superior who fiercely protects Agnes and claims her pregnancy was an Immaculate conception.

Opposing Mother Miriam Ruth’s non-scientific explanations is court-appointed psychiatrist Dr. Livingstone, played by theatre luminary Menchu Lauchengco-Yulo. She comes to examine Agnes’ mental stability and is determined to uncover the truth behind the case, all the while unexpectedly getting in touch with her own past and cause of distrust in religion. 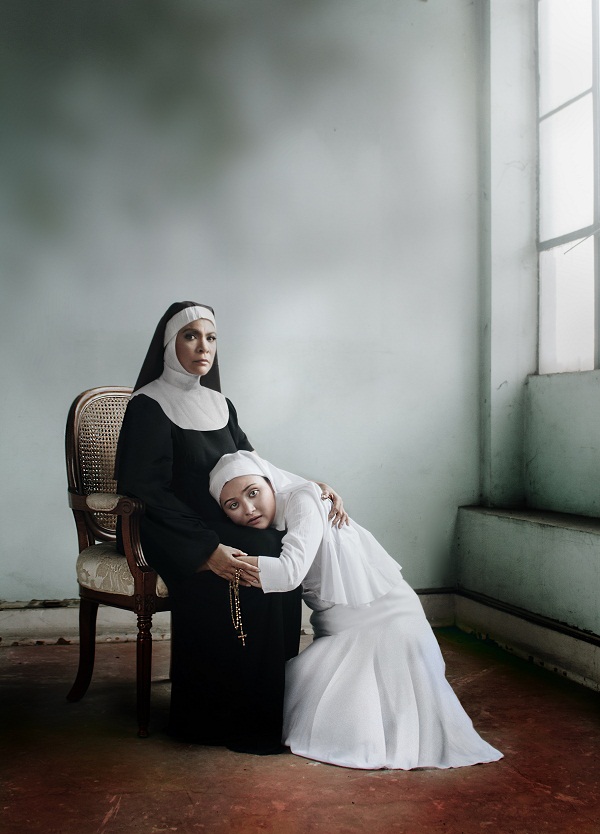 Becca Coates plays the titular role of Agnes, the sweet and innocent nun with a troubled childhood. Her own physical and spiritual turmoil makes her vulnerable to the overwhelming events surrounding her. She fervently denies any knowledge and memory of the night she gave birth to a child in the convent, but she is accused of murder when the baby was found dead in a wastebasket.

This production is an emotional journey and a highly engaging drama that doesn’t back down on highlighting the difference between faith and fact as well as exploring the full range of human emotions.

Find out in REP’s “Agnes of God” directed by the highly-acclaimed Bart Guingonain collaboration with REP-trained and Set Design professor at Fordham University, New York, Joey Mendoza. The show will run from February 17 to March 12 at the OnStage Theater in Greenbelt 1, Makati City.