ABS-CBN’s newest teleserye “My Dear Heart,” starring Coney Reyes, Zanjoe Marudo, Bela Padilla, and introducing the newest ABS-CBN child star Nayomi Ramos, is about to spark hope for Filipinos in and outside the homeland as the upcoming Dreamscape Entertainment TV series premieres on January 23 via The Filipino Channel (TFC), streaming live via TFC.tv

After Marudo’s heavy drama stint in “Tubig at Langis” in 2016 with Cristine Reyes and Isabelle Daza, he will now star in an inspiring series with Padilla, who will be paired with him for the first time. This is also Padilla’s second big project with ABS-CBN since her network transfer last year. 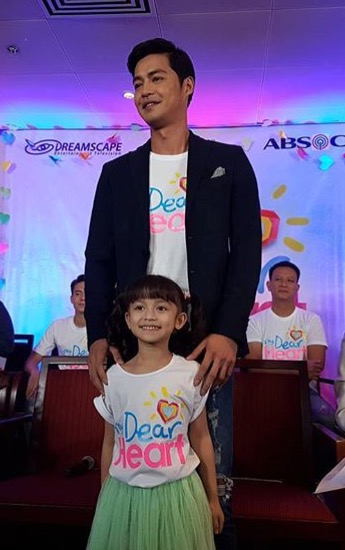 Aside from sharing inspiration to the viewers, Marudo is excited to be part once again of a project that will launch the career of a child star, Nayomi Ramos. “I am back to my core. Heart has a big potential for a 5-year-old girl. I am really lucky to be with such talented kids,” he says.

This is the third time that Marudo is portraying a father role for a new child star. The first time was in 2013 with Andrea Brillantes in “Annaliza” while the other one was in 2014 with Jana Agoncillo in “Dream Dad.”

Five-year-old Ramos has become a familiar face on Philippine television after she appeared in several TV commercials. She looks up to actress-host Anne Curtis and hopes to work with singer-host Billy Crawford someday.

In “My Dear Heart,” a production of Dreamscape Entertainment, Marudo will play the role of Jude, the father of Heart (Ramos) and husband of Clara (Padilla). They are living a simple and happy life, until they discover that Heart is suffering from congenital heart disease.

Meantime, Reyes has expressed her excitement in her latest project especially since their show aims to give hope to their viewers. “This teleserye will show that life is not perfect. Life is not fair. But you will see that if you hang on to the only one who can do something about your situation then there will always be hope and there is something good to look forward to,” the experienced actress explains. 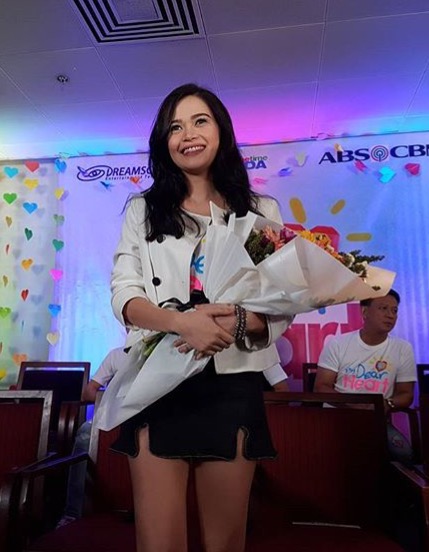 In this show, Reyes will give life to Dra. Margaret, the top heart surgeon in the country. Her success has hardened her heart, especially after her daughter Gia (Ria Atayde) gets pregnant by Jude when they were still students. She ruins Jude’s life in return, to exact revenge for what happened to her daughter.

However, Jude and Dra. Margaret’s paths will cross again after the latter sponsors the heart operation of Jude’s daughter Heart. Sadly, the operation fails, causing Heart to go on comatose.

“I know this is something that many people will enjoy watching,” assures Reyes. “There is something in it for everyone in the family from the lolas and lolos, to the young moms and dads, the teens, and the little ones.”

With Heart’s spirit seeking the help of Dra. Margaret in fulfilling her unfinished business in Earth, find out how this will change her and the lives of Jude and Clara in the upcoming TV series “My Dear Heart,” which will air on TFC’s different platforms worldwide. Its pilot episode will also be streamed live via TFC.tv on January 23 at 8:25 p.m. (Manila Time). Catch up episodes will be available via TFC.tv and TFC IPTV.