ABS-CBN Unveils Newest Drama “Love Will Lead You Back”

“Unlike the other shows which focus on infidelity, we went the other way around. The thrust of our show is how to stay faithful in your marriage. You are also going to see real characters that will struggle on how they will fix their respective marriages,” said Jericho in a the media announcement held recently in ABS-CBN. 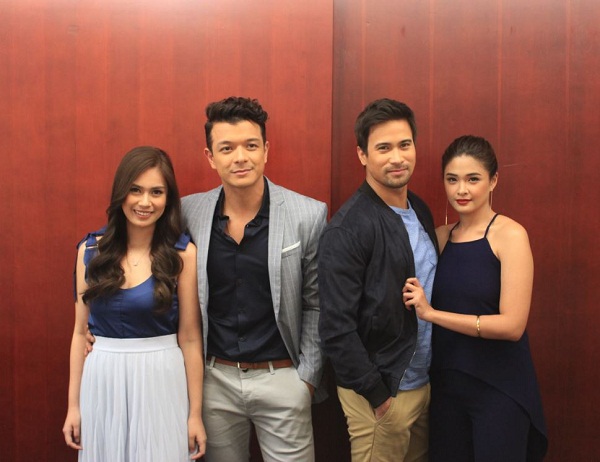 “Love Will Lead You Back” marks the first time Jericho and Sam will work on a teleserye together. The show also serves as a reunion project for Sam and director FM Reyes.

“Direk FM was my director in my first teleserye, which was ‘Maging Sino Ka Man.’ After 12 years, we will be working with each other again so I am really excited” shared Sam.

Yam and Yen, meanwhile, return on the spotlight as the show’s leading ladies and are both equally excited to start taping.

“Before, I was only watching them on TV. Now I have the chance to work with them,” Yam shared.

“My character here is different from what I have done before, which were light roles. Here, I’m more mature and I’m also married,” explained Yen.

Aside from the media announcement, the production of “Love Will Lead You Back” surprised Jericho, who celebrated his birthday last September 22, with an AVP video of birthday greetings of the Kapamilya stars he worked with like Claudine Barretto, Anne Curtis, Bela Padilla, Erich Gonzales, Maja Salvador, and Piolo Pascual.

He also got emotional with the tribute video for his career milestones that proved his worth being the Asian Drama King. Most of Echo’s teleseryes are now being enjoyed in Asia, Africa, Eastern Europe, and Latin America.

“Love Will Lead You Back” will be under the production unit headed by Ruel Bayani.