A single mom hoping to complete her family. A martyr wife who will do anything to keep her family from falling apart. A mistress who is desperate to have her own family. And a young woman who fully supports them. 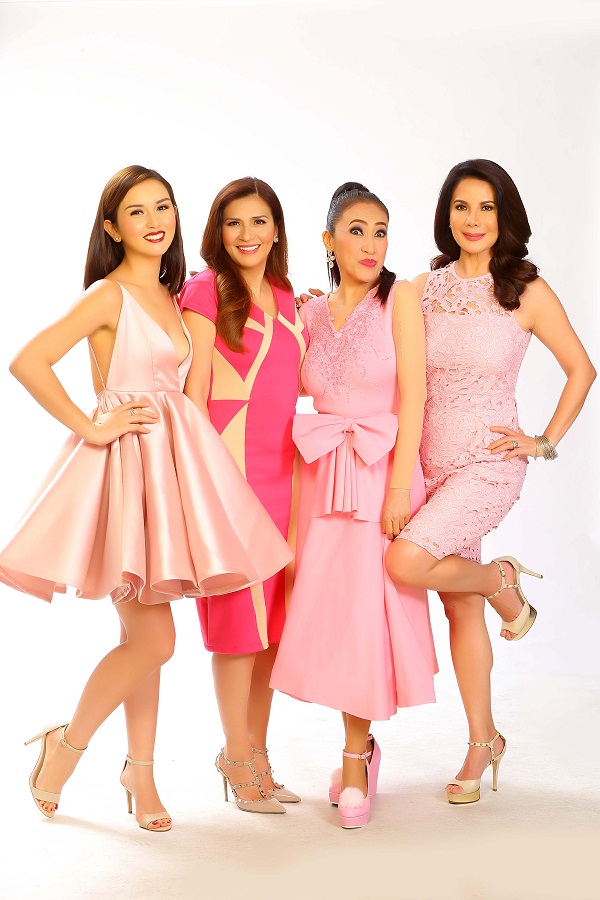 The film, which opens on October 18, is directed by Joel Lamangan and written by Ricky Lee, Alpha Habon and Rod Marmol. It is a welcome return to form for Ai Ai, who briefly headlined two independently-produced dramas before returning to the comedy genre that defined her storied career as a sought-after box office superstar.

Ai Ai’s role as Charla, hits pretty close to home, as she herself has raised her children on her own for years. But unlike Ina, her most famous role in the “Ang Tanging Ina” film franchise, her portrayal of Charla focuses more on relationship issues rather than maternal concerns.

Although co-star Zsa Zsa Padilla is more identified with dramas, the singer-actress is not exactly new to comedies, having played the title roles in “Zsa Zsa Zaturnah” and “Mano Po 4: Ako Legal Wife” where she won a grand slam Best Actress from three prestigious award giving bodies. 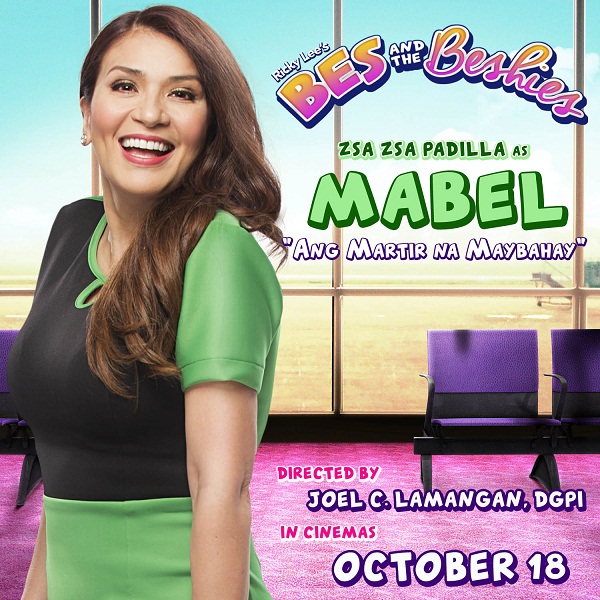 In “Bes and the Beshies,” Zsa Zsa’s performance of traditional martyr wife Mabel is something to watch out for. As seen in the film’s official trailer, she has a remarkable rapport and chemistry with Ai Ai, Carmi and Beauty. 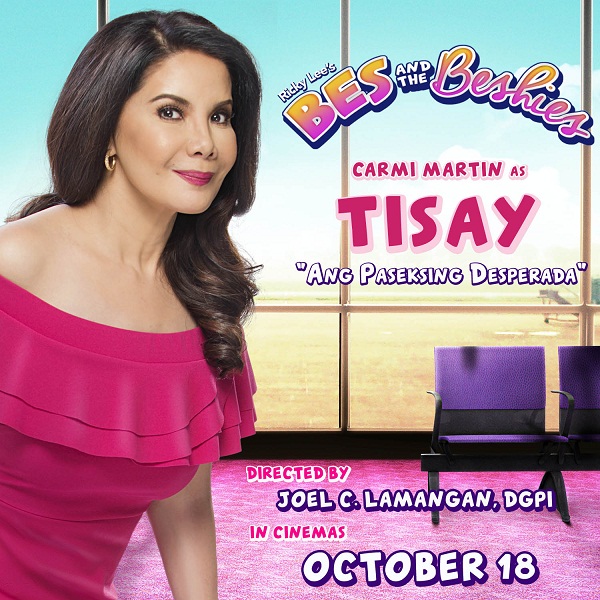 No stranger to comedies herself, Carmi Martin has made a career out of making people laugh since her acclaimed turn in Ishmael Bernal’s “Working Girls.” Carmi plays Tisay and is a throwback to the mostly ditzy characters she has portrayed for much of her career.

Since capturing the public’s imagination as one of the well-loved housemates of “Pinoy Big Brother,” Beauty Gonzales has emerged as a versatile actress who is adept at both drama and comedy.

Although the youngest among the four leads, Beauty has shown that she can shine on her own as Sophie and can complement her more seasoned co-stars. 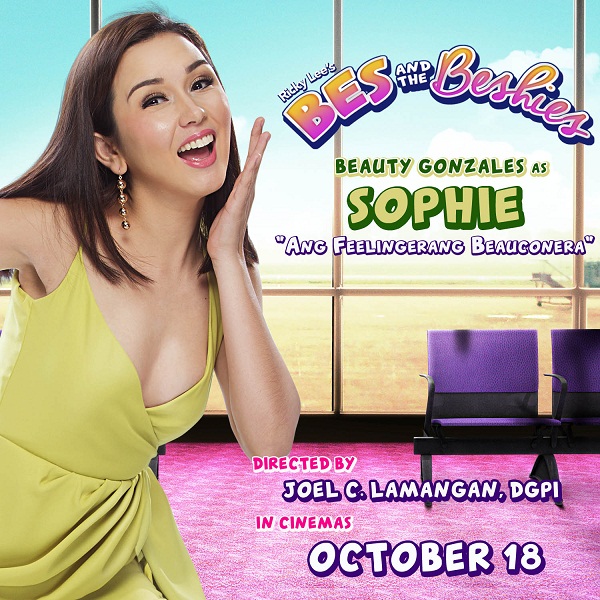 Furthermore, what makes “Bes and the Beshies” a cut above your average comedy flick is that it is a collaboration between two award-winning filmmakers.

Joel Lamangan and Ricky Lee may have made a name for themselves with numerous dramatic films but they have in fact, also done their fair share of comedies.

Lamangan, who directed in “Zsa Zsa Zaturnah” and “Mano Po 4: Ako Legal Wife” has been directing romantic comedies including “Your Place or Mine,” “That Thing Called Tanga Na” and “Foolish Love.”

With a strong creative team and a cast of talented leads, expect “Bes and the Beshies” to be a comedy that offers more than just escapist entertainment with a story that rings true and tugs at the heartstrings.

The film opens in cinemas nationwide on October 18 and will be distributed by Regal Entertainment.