The X Factor UK journey continues for Alisah Bonaobra as she secured a spot in the Six Chair Challenge in the Girls category to be mentored by judge Sharon Osbourne in today’s episode of the show.

Alisah walked on stage in her red evening gown and performed a classic Celine Dion hit “All By Myself”, that drove the crowd, other contestants, and judges Nicole Scherzinger and Louis Walsh on their feet.

“Your style is very dated, it’s very cabaret for me, but you have this amazing gift, this voice, it’s huge.” Sharon told Alisah after her performance.

All the seats were taken when she performed but judge Sharon made sure she got one by making Taliah Dorto give up hers. 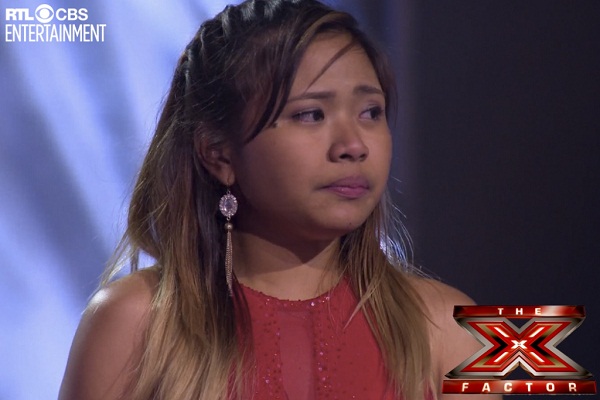 But getting a seat after performing was not a guarantee until all the acts finished their performances. Alisah knew this when Sharon made her give up the seat for Grace Davies. This decision shocked not just the audience but the rest of the judges as well.

Simon Cowell could not believe what happened and walked out.

Judge Louis Walsh also expressed his disbelief with the decision. “Oh no, no you can’t do that!”
The audience chanted loudly asking Sharon to bring her back, to which Sharon responded.

“Please guys, would you please give me time to receive the last two girls and then I can think about it?”

The Filipino-Australian hopeful Elysa V also secured a seat after her performance of Meghan Trainor’s “Me Too”, but after a while, Sharon made her give up her seat for the last act to perform, Georgina Panton.

All the seats were taken during this time, but the crowd is clearly not satisfied with the decision. For the second time, they chanted loudly asking Sharon to bring Alisah back. 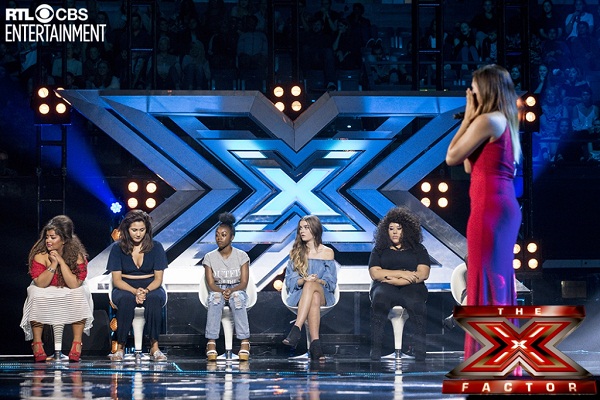 “Okay you guys! Oh, you are so hard to please!” Sharon expressed. “Alright, I’m gonna bring Alisah back but I wanna hear a sing off with her and Scarlett, and Rai Elle.”

The crowd got very excited and cheered really loud as soon as Alisah walked back on stage.

“Girls, I am so sorry to make you all do this, but what do I do when there’s so much talent here and the audience, I have to listen to the audience. But no matter what, I have two chairs and three girls.” Sharon told the girls before they start their second performance for the last chance to get a seat. “I want you to all do a sing off for me because you’re all so talented, don’t forget that!” she added.

Alisah, who had been crying since she walked back on stage was the last to take her chance on the sing off.

“Don’t be afraid, come on stand your ground” said Sharon before she starts singing. 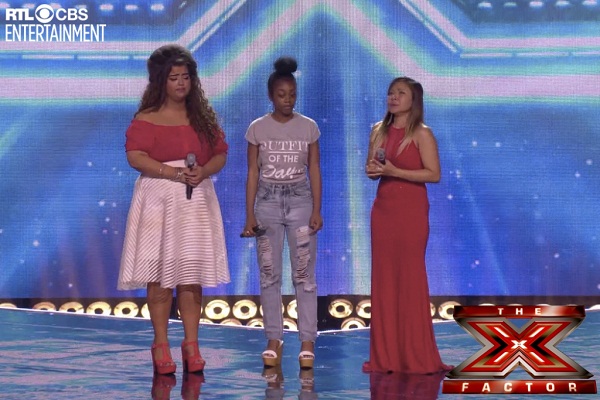 Alisah showed how badly she wanted that seat and surprised everyone with her powerful version of “Bang Bang” by Jessie J, Ariana Grande, and Nicki Minaj. Making sure she hit all the high notes and aced the rap part of the song.

She made almost everyone stand from their seats, and judge Nicole Scherzinger even went up on the judges’ table and danced while Alisah was performing.

After her surprising performance, the crowd, and judges Nicole Scherzinger and Louis Walsh were all on their feet.

“Well Alisah, you showed me didn’t you?” Sharon exclaimed.

She then decided let go of Scarlett Lee, kept Rai Elle Williams, and had Alisah finally lock in one of the six chairs.

The judges then went up on stage to congratulate the girls who made it, where Sharon remained in awe of Alisah’s sing off performance.

“Where were you hiding that? Oh my Lord!” Sharon told Alisah. 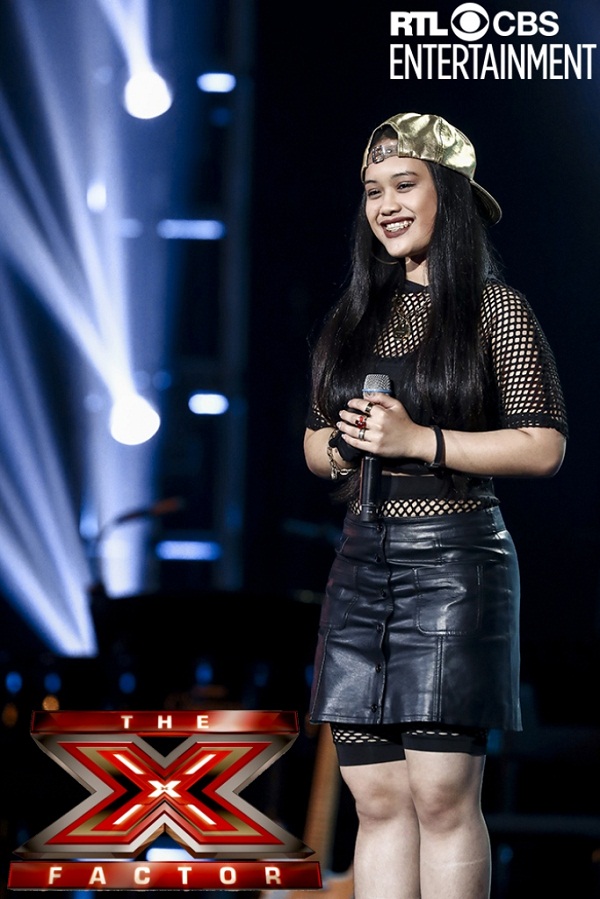 The girls who are in the Six Chair challenge are Deanna, Alisah, Rai Elle, Grace, Georgina and Holly. They are all moving to the next round of the competition which is the judges house.

Team Orange 23 Sep 2020 0 comments
Elites are out, the Bossings are in! Blackwater, Ever Bilena Cosmetics’ personal grooming line, is rebranding its Philippine Basketball Association (PBA) team with a new moniker and logo. Previously known…

Team Orange 22 Sep 2020 0 comments Events
The lifestyle partner of the youth, realme Philippines, is launching the midrange supreme realme 7 Pro on September 30, 1:00pm. The new smartphone will be launched via livestream on realme…