MCA MUSIC (Universal Music Philippines) is proud to announce the 2017 Philippine Promo Tour of Asian Superstar and Asia’s Got Talent Judge, ANGGUN. The Indonesian and French-naturalized Female Icon is set to take the spotlight this December for a series of promotional tours for her brand new album “8” at Megaworld Lifestyle Malls.

Catch Anggun as she performs her international hits live at the following venues: 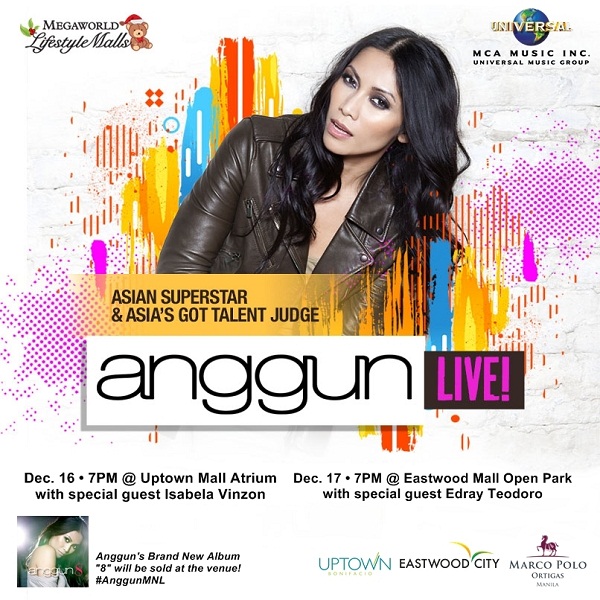 Born in 1974, Anggun is without any doubt the world’s most famous Indonesian-born recording artist, and one of the few Asian entertainers who have earned international acclaim. Starting her career as a child star in Indonesia, she set herself for an international career when she moved to France to pursue her music debut in Europe, at the age of 20.

In the late 90’s, her single “Snow On The Sahara” experienced a massive breakthrough in the French music industry. This soon brought Anggun to the broader international market with the release of her debut international album in 33 countries, which sold over 2 million units worldwide including Triple-Platinum in Italy and Indonesia, Platinum in France and Malaysia, Gold in Switzerland, Finland, Philippines and Singapore, etc. The album reached Billboard’s Top 20 Heatseekers Album Charts, while the hit single “Snow On The Sahara” reached Top 15 in the Billboard Dance Charts and Top 20 in the Billboard Pop Songs Charts.

A few years later, Anggun penned the main theme song for the movie “The Transporter II”, becoming the first Asian-born artist to have performed the main theme song of a #1 US box office film. In 2014, she received a legendary “World Music Award” in Monaco as World’s Best-Selling Asian artist and last year, the artist premiered her wax figure at the prestigious Madame Tussauds museum. She also became part of the Judges panel of ‘Asia’s Got Talent’, the biggest talent TV show on earth, with legendary music producer David Foster. 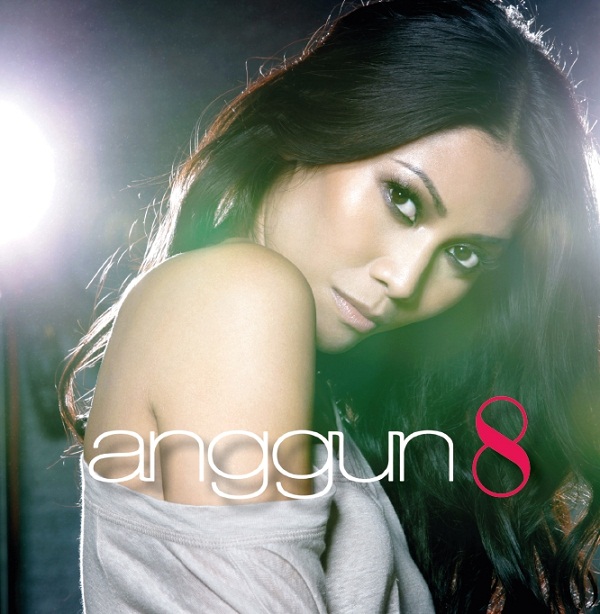 Besides her musical achievements, Anggun is known as a humanitarian activist, representing the UN Food and Agriculture Organization as a Goodwill Ambassador.

Anggun’s current single ‘What We Remember’ is an addictive pop-electro single, which entered directly on the Top 10 best-selling iTunes songs across Eastern Asia upon its release (source: AsiaPop40.com). The Official Music Video, which premiered on December 7th, was directed by Roy Raz. It is also the first excerpt from her much-awaited brand new album entitled “8,” which is AVAILABLE NOW on Spinnr, Spotify, Apple Music, and iTunes. CDs will also be sold at the venue courtesy of Astroplus/Astrovision. LISTEN NOW: https://lnk.to/Anggun8