Be prepared to be mesmerized with the powerful voices and electric performances from this gifted quartet.

The first leg of the U.S. tour kicks off on May 26, 2017 at the Silver Legacy Resort & Casino Reno, Nevada. Audiences in the “Biggest Little City in the World” will be treated to stellar entertainment. Doors open at 7:00 P.M. and show starts at 8:00 P.M. 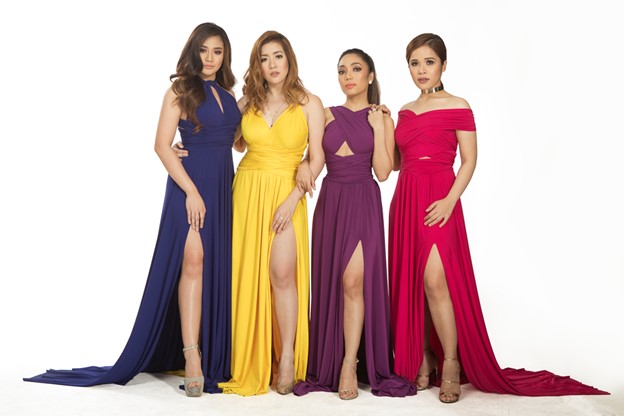 The Birit Queens then proceed to the magnificent Dorothy Chandler Pavilion in Los Angeles, California on May 28, 2017 for their second stop. This richly decorated music hall provides a beautiful backdrop to the spectacular talent of the ASAP Birit Queens. Doors open at 4:30 P.M. and show starts at 5:30 P.M.

The last leg of the U.S. tour is on June 3, 2017 at the City National Civic in San Jose, California. This sports arena and concert venue located in downtown San Jose provides an exceptional music experience for the audiences coming to see the ASAP Birit Queens in concert. Doors open at 4:00 P.M. and show starts at 5:00 P.M.

TRIVIA: ALL FOUR QUEENS ARE PRODUCTS OF SINGING COMPETITIONS

“Diva-in-the-making” Klarisse De Guzman, is a veteran of many singing contests, where she faced more rejections than she would have liked. She chose to focus on her studies first and after she graduated in 2010, she joined Season 1 of  “The Voice of the Philippines” where she finished second.

Cebuana native, Morissette Amon did the route of singing competitions, mall shows and short stints in local TV shows before she got her big break in Repertory Philippines’ Disney’s Camp Rock: The Musical as the lead role of Mitchie Torres. A year later, in 2013, she joined “The Voice of the Philippines.” Morisstte is now known as “The Next Big Diva.” 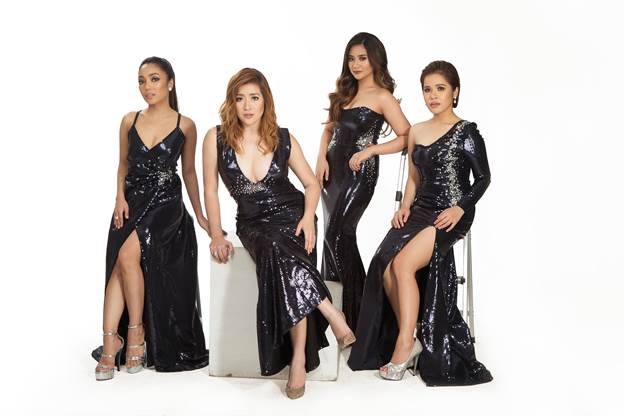 Jona Viray, known in the Philippines as the “Soul Princess”, first showed off her vocal talent at an early age by joining several singing competitions, even winning the title of the first grand champion of Pinoy Pop Superstar. She was with the girl group “La Diva” as lead vocalist, winning various music awards and making several hits until 2015 when she decided to focus on her solo career.

These four women recognize that they all have powerful voices, yet they do not outshine each other on stage. Instead, they recognize the unique style of each one, and have learned to complement each other.

Morissette says of Jona, “Iba yung power ni Jona. Sa liit niya na tao, saan niya hinuhugot yan?” (Jona has a different kind of power. For someone so tuiny,, I wonder where she gets her powerful voice from.) Angeline also agrees that Jona is the epitome of the phrase “small but terrible,” adding that “kahit napakaliit na babae, yung boses niya kung hanggang saan umaabot.” (Even if she is a very small person, her voice knows no bounds.)

Klarisse emphasizes that their differences are what make them special as a group. “Iba-iba kase yung pwede naming ibigay as a performer. Ang maganda dun is pag pinagsama-sama kami, maganda, nagko-complement yung boses naming sa isa’t-isa.” (As performers, we can bring our unique talents to the fore. The beauty of that is when you combine our voices, we complement each other. The result is beautiful.) 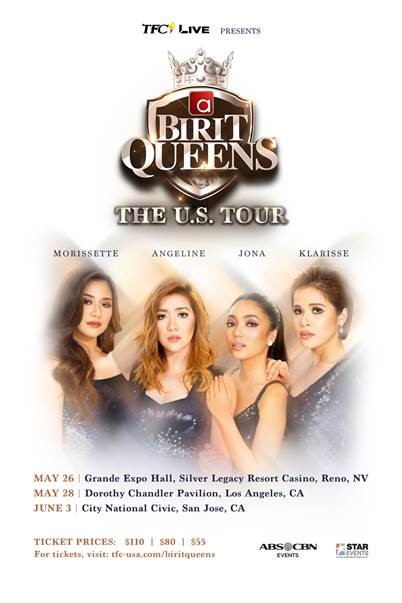 In a global press conference launching the ASAP Birit Queens tour around the world, the women said that concert goers will be in for a treat. Aside from their fiery acts as a quartet, they will be doing duets and solo performances. One would be wowed by the vocal range and the impeccable harmonies that these wonder women can deliver.

The concert scene will be bustling with the sensational act of the ASAP Birit Queens, and audiences will be assured of a tremendously wonderful time. This is indeed a taste of ASAP heaven, as the full production of the long-running Sunday variety show comes to Toronto in July.