Ryan Reynolds’ donning of “Deadpool” turned the hero universe into a totally different genre that took the world pleasantly surprised.  A Marvel anti-hero known for his unrelenting and acerbic sense of humor,  the first “Deadpool” movie that was released in February 2015 became a worldwide smash hit with $783.1 million at the box-office so far.

With the latest release of the very unusual red band teaser trailer of the feverishly-anticipated sequel Deadpool is seen wearing a wig and carrying a paint palette, mimicking Bob Ross from the famous decade-long show “The Art of Painting” during the early ‘80s. The red band trailer, suffused with creative expletives only Deadpool can deliver, gives the audience a peek of what to expect in the sequel extreme action with his friends in the biz fighting villains such as  Cable (played by Josh Brolin), Negasonic Teenage Warhead (Brianna Hildebrand) and Blind Al (Leslie Uggams). 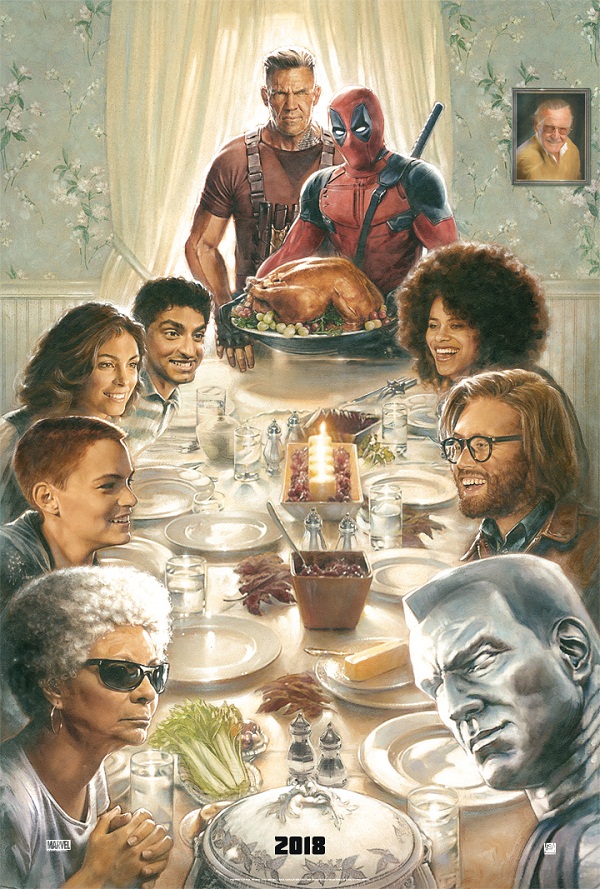