It felt like Valentine’s Day all over again for the Philippines’ Unkabogabol Star Vice Ganda as the Filipino community in Japan warmly welcomed him mid-year at the “Pusuan Mo si Vice Ganda sa Japan: Nagmahal. Nasaktan. Nag-concert” held last July 2 at the Ichikawa City Cultural Hall, in Chiba Prefecture.

The cheers got even louder when he appeared onstage to perform his opening song a mashup of “In the Name of Love” by international artists Martin Garrix and Bebe Rexha, and Donna Cruz’s hit single “Kapag Tumibok ang Puso.” 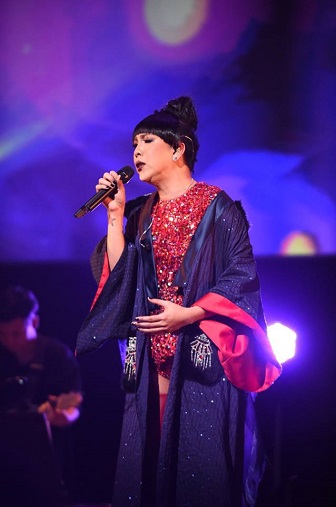 This is not the first time that Vice Ganda held a show in Japan, but the warm reception from the Filipino community in the country still overwhelmed him. To show his gratitude, he went down the stage and approached them, including those seated almost at the far end of the venue.

Some took the opportunity to take photos and selfies with him, while he continued entertaining them with his banters. When he was back on the stage he uttered in amazement: “Sa totoo lang, napa-flatter ako kapag nagpapa-picture kayo. I feel so special (Honestly, I feel flattered when you ask photos with me. I feel so special).”

In return, the blockbuster movie and concert star host made everyone in the venue feel special by giving them a good belly laugh, taking away their worries and feeling of homesickness even for a few hours.

Vice Ganda’s interaction with the audience continued when he invited some of them to join him onstage. One of them is a Filipino student, who to the comedian’s delight, told him that he also watched the comedian’s “Vice Gandang Ganda sa Sarili in Tokyo: Eh Di Wow!” show in 2015. 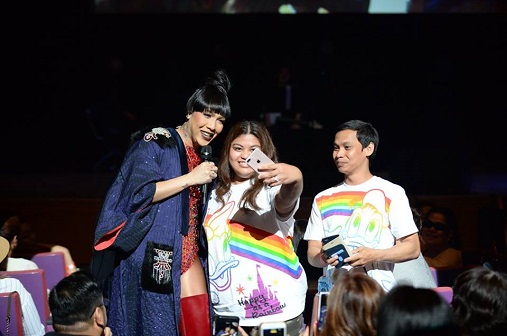 Also showing off his singing prowess was the “Tawag ng Tanghalan sa It’s Showtime” first adult grand-winner Noven Belleza, in his first out-of-the country performance after his win last May. He performed a medley of Air Supply hits and his version of “May Bukas Pa.”

Meantime, comedians MC Calaquian and Lassy Marquez who are also Vice Ganda’s good friends served as front act of the show. They hyped up the crowd with their performances of “Awitin Mo at Isasayaw Ko”, and made them laugh with their antics.

After the concert, the lucky winners of the “Pusuan Quiz” on TFC Live App got the chance to have a photo opportunity with Vice Ganda, Noven, MC, and Lassy.

“Pusuan Mo si Vice Ganda sa Japan” is the second international leg of the Phenomenal Star Vice Ganda’s most recent concert series, the first of which is the highly successful leg in the U.S. last April.

Vice Ganda will continue to spread love and laughter to the other parts of the world, as he brings the “Pusuan Mo si Vice Ganda” concert series to South Korea in August, and in Australia in October.

Team Orange 28 Feb 2021 0 comments
When it comes to offering quality appliances that can help you keep your home clean and sanitized, Hanabishi Appliances is the best partner you can turn to. For more than…