“Love Moves in Mysterious Ways.” This famous line from pop-jazz singer-songwriter Julia Fordham’s song of the same title, is perhaps one of most popular love song titles and which holds true in the September offering of Kapamilya Box Office (KBO) on TFC: “Finally Found Someone” and “Kita Kita” airing soon via TFC online (www.TFC.tv) and TFC IPTV starting September 20, in key countries worldwide.

Kapamilya Box Office on TFC offering “Finally Found Someone” is directed by one of the Philippine film industry’s fast-rising directors Theodore Boborol and with a story written and developed by Carmi Raymundo and Gilliann Ebreo, marks the much-awaited silver screen reunion of the mega blockbuster tandem of Sarah Geronimo and John Lloyd Cruz.

The power tandem’s last team up was the smash hit “It Takes A Man And A Woman” way back in 2013, part of the trilogy that started it all “A Very Special Love” and which was followed by “You Changed My Life”, both also written by Raymundo and also from Star Cinema. 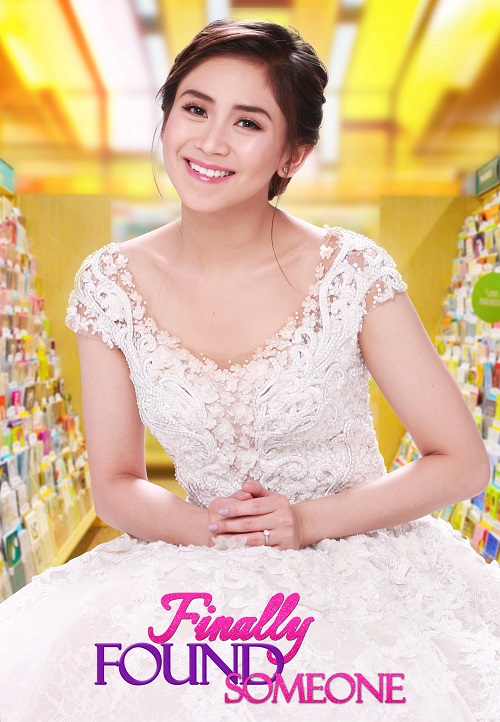 Four years after the historic and phenomenal third and final installment of the love story of Miggy Montenegro and Laida Magtalas, Cruz and Geronimo breathe life into the characters of Raffy and April two totally different characters in a brand-new story that retains Star Cinema’s great tradition of narrating unforgettable romantic comedies.

“Finally Found Someone” is centered on the unexpected romance between Raffy Sandoval (Cruz), a PR hotshot who masterfully crafts lies to excel in his industry, and April Esguerra (Geronimo), an honest-to-goodness girl who has difficulty masking her true emotions. A PR crisis brings the two together, and they discover that they have so much in common inspite of the fact that they are poles apart. They are kindred souls in a quest for something that will complete their lives.

It will be very interesting to witness Cruz and Geronimo play the roles of Raffy and April which Raymundo and Ebreo created for them and see how love will fit in the picture in the lives of these two different characters: one, a cutthroat, career-driven overachiever while the other is an honest, sincere, and idealistic girl who believes in the power of true love. 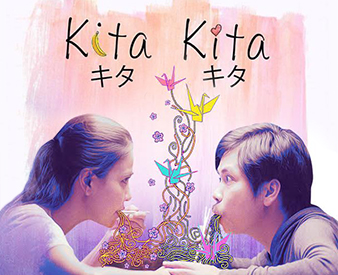 Meantime, the independent film “Kita Kita” produced by Spring Films stars the unconventional loveteam of Alessandra de Rossi and Empoy Marquez. Directed and written by Sigrid Andrea Bernardo, the film tells the story of Lea (de Rossi) and Tonyo (Marquez), two Filipinos living in Japan, whose paths will cross after the former suffers from temporary blindness when she finds out that her fiancé is cheating on her. Tonyo, her new neighbor, enters her life after he asks her to tour him around Japan.

As they spend more time together, Lea finds herself falling for Tonyo without the benefit of sight. Now that Lea has finally moved on and her eyesight has come back, will the budding romance between her and Tonyo continue or will it abruptly end?

The film which has become a sleeper hit in the Philippines, was shot in Sapporo, in Hokkaido, Japan, the fifth largest city of the country, popular for its beer products and skiing spots must visits for both locals and tourists.

Two stories with interesting story plots, settings and exciting team-ups, come together to complete Kapamilya Box Office’s offering this month that has one core message love comes in the most unexpected moments and personas in our lives.

Get ready to fall in love with the stories and characters of the films “Finally Found Someone” and “Kita Kita” which will be available starting September 20 via KBO on TFC online (www.TFC.tv) and TFC IPTV in key countries worldwide.

For more updates about the upcoming films on TFC, visit TFC’s Facebook page applicable for your area.