When a brand has one announcement to make, they hold a launch event. When there are so many great things happening for the brand, they have an epic night. That’s exactly what GSM Blue did.

GSM Blue celebrated The Epic Mix last November 7, 2017 at the C3 Events Place hosted by Nikko Ramos. The night revealed a lot of exciting news from the world’s number one selling gin.

The attendees were first to meet the new GSM Blue endorser in a jaw-dropping entrance. Myrtle Sarrosa left the crowd in awe as she came down from the ceiling to the stage, like something heaven sent. Myrtle was also unveiled as the Ginebra San Miguel 2018 Calendar Girl.  She beamed while sharing how proud she is not just of being the new Ginebra San Miguel Calendar Girl but also of how the brand allowed her to mix her work and her passion for cosplaying in the calendars. 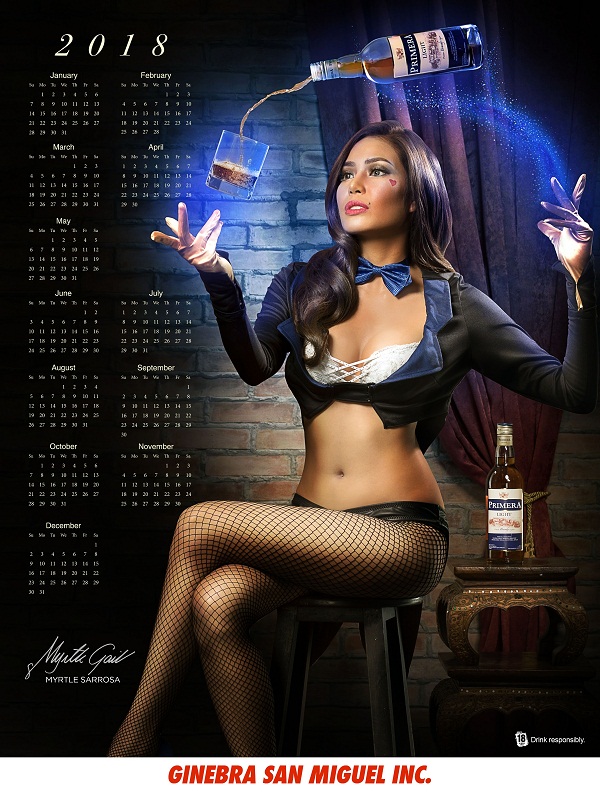 This collaboration between one of the world’s top cosplayers and the world’s number one gin resulted in five (5) awesome calendars, each highlighting a brand under Ginebra San Miguel and showing a different version of Myrtle. For Ginebra San Miguel, Myrtle donned the brand’s iconic angel costume.  For GSM Blue, Myrtle looks out of this world in a cyber chic outfit. Myrtle channels an illusionist persona for Primera Light Brandy, while she transformed into a forest enchantress for Vino Kulafu. All Ginebra San Miguel brands are featured in the final calendar where Myrtle is seen as the Boss Lady that she is.

Myrtle slays at each look so it would not be surprising if people would want to get their hands on all five Ginebra San Miguel 2018 calendars. 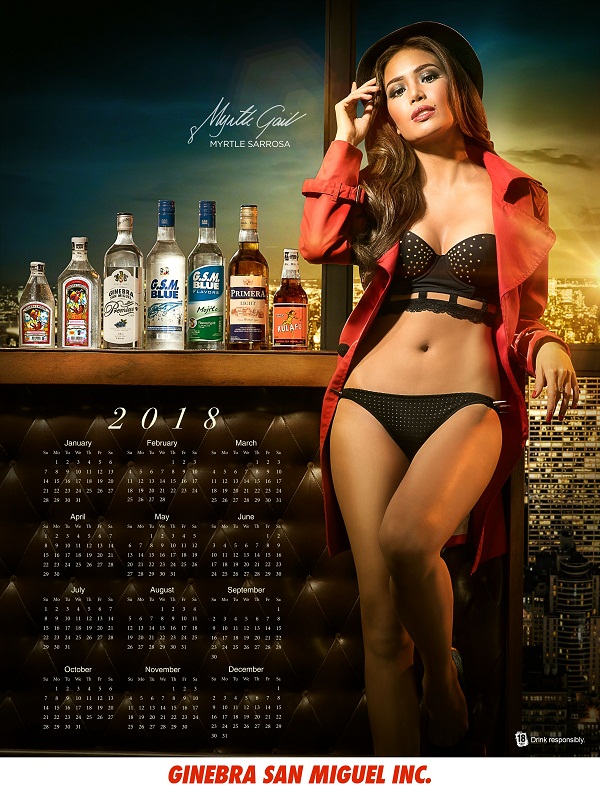 Aside from her popularity in the world of cosplay, Myrtle is also an actress, blogger, singer, VJ and more. Myrtle is the perfect mix of everything GSM Blue stands for – young, adventurous, passionate and innovative. She is living an epic life that is not defined by one thing and she is most certainly not afraid to mix things up. Myrtle is the archetype of a millennial which makes her the perfect face of GSM Blue and its new campaign called, Mix for More. As explained by GSM Blue Brand Manager, Winchie Tobias, the campaign reflects the millennials’ insatiable thirst to explore and their longing for fruitful passion. Tobias further explained that for this age group, it’s all about immersion to create a better version of a moment.

The biggest announcement of the night from the gin experts was the introduction of two new GSM Blue Flavors – Margarita and Gin Pomelo. 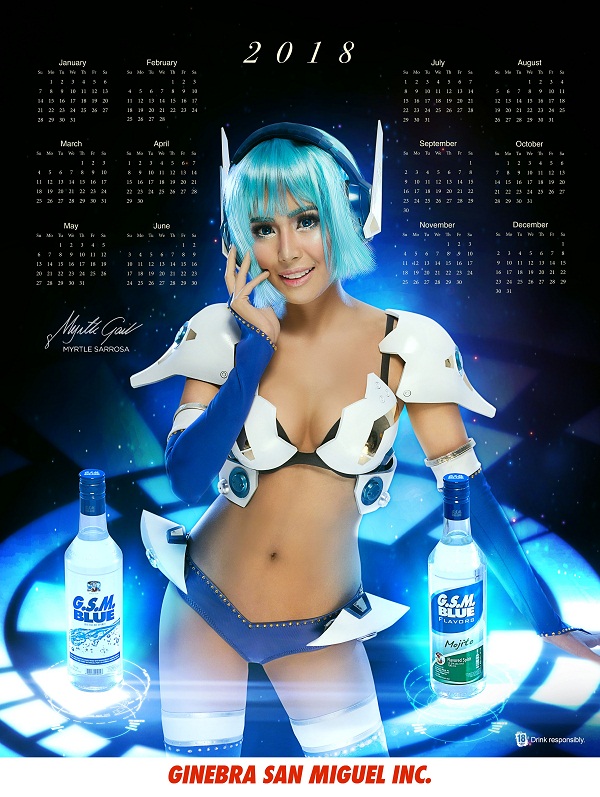 GSM Blue Flavors Margarita combines the tang of lime, sweetness of orange liqueur with lime and distinctive strength of tequila flavor. This classic drink from Mexico is a classic that strikes all of the right keys.  GSM Blue Flavors Gin Pomelo, is based on the original Pinoy concoction widely known as “Ginpom”.  It became a hit in the 90’s when a popular juice brand launched litro packs of pomelo juice. It complements the taste palate of the Filipino thus became popular and widely associated with gin.

GSM Brand Assistant Mira Pontrias remarks that these new flavors give millennials options whether they’re chilling at home or partying with friends. It gives them the freedom to mix things up because that’s what being a millennial is all about.  GSM Blue Flavors has a light alcohol content of 35 proof.  It is available in a 700ml bottle for only PhP135.  GSM Blue Flavors Margarita and GSM Blue Flavors Gin Pomelo will be available in 7-11 stores beginning November 8, 2017.

It was quite an evening with the mix of big announcements, a colorful toast and performances that slayed from the Slay Queen herself, Myrtle.  The night can only be summed up in one word, epic.