Jampack Music, a pool of artists coming together to give unforgettable, fun and jam-packed entertainment, will be spearheading a series of benefit shows aimed to provide assistance to our brothers and sisters affected by the ongoing conflict in the Islamic city. 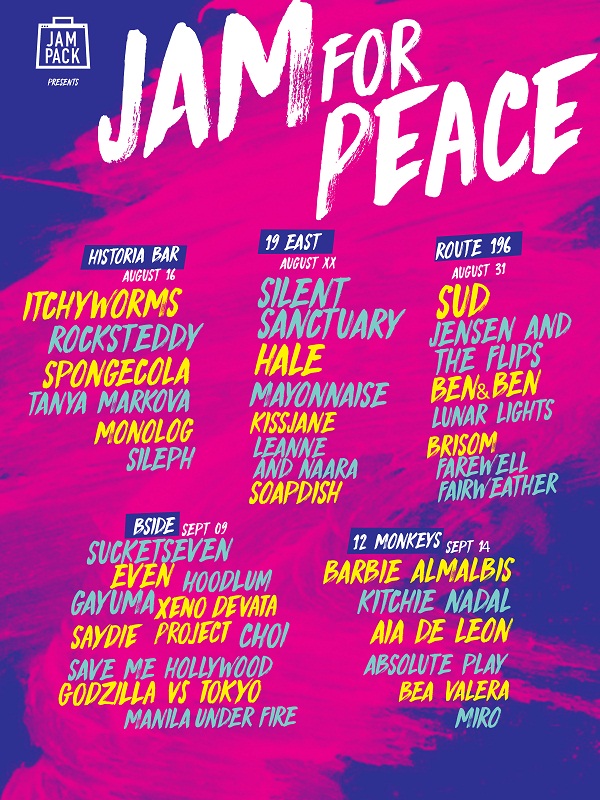 A music show for a cause dubbed as “Jam For Peace” is set to take place on different music venues in Metro Manila: Historia Boutique Bar and Restaurant on August 16, Route 196 (with Indie Manila) on August 31, B-Side on September 9, 12 Monkeys Music Hall and Pubon September 20, and 19East to be announced soon.

“It’s high time for musicians to take a stand and call for unity and peace in Mindanao,” Jampack Music spokesperson Tommy Tanchanco said in a statement. “We want to affirm solidarity with Marawi in any way we could be it performing for a cause, driving more funds for rehabilitation of homes and rescue, and spreading awareness about the plight of our countrymen in the South. We hope to foster a tight community through tumultuous times. We want to be there for everyone.”