RnB royalties Jay-R, Kris Lawrence and Billy Crawford reaffirm their brotherhood of soul with their much-awaited SOUL BROTHERS concert at the Kia Theater on September 15.

Aside from showcasing their Original Music Only hits, the show serves as a delightful throwback to the timeless catalog of soul, Motown and other RnB classics that are enjoying a resurgence in this digital age.

Among their guest performers are their close friends Daryl Ong, Sam Concepcion, Jay Durias and Gloc 9.

With their combined prowess as acclaimed singers, songwriters and producers, the three continue to enthrall their fans with their magnetic stage dynamism and commanding presence; Jay-R with his regular A.S.A.P. Soul Sessions, Kris with his HomeWorkZ gigs and recordings, and Billy with his regular It’s Showtime, Little Big Shots and forthcoming Pilipinas Got Talent Season 6 hosting stints. 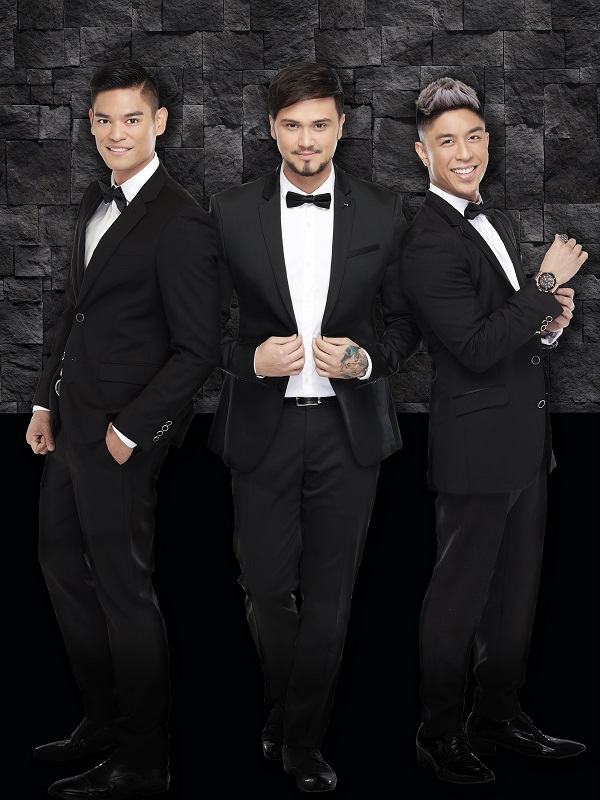 More than their respective musical talents, it’s actually their long-standing friendship and tight-knit camaraderie that have kept them glued together through the years. It’s no coincidence that they are all under Arnold Vegafria’s management outfit, ALV Talent Circuit.

As evinced by their recent TV promo sorties, Jay-R, Kris and Billy can be quite a riot with their wacky antics and hilarious pranks! But they can also mesmerize and enthrall as soon as they burst into a spine-tingling three-part harmony acapella number.

He says, “This edition will be special because we are home in Manila. We have more room to play around with our stage and concepts. For sure, there will be duets and collabs with the three of us. I’ll be singing my new single Kabilang Dako. Bill and Kris will also be performing their new songs.”

Despite having championed his Original Music Only (OMO) cause during the past months through his HomeworkZ bar tours, Jay-R is willing to work on some covers for the show. He reiterates, “I’m still all about Original Music. My whole set is mostly my original stuff. But at the same time, Billy, Kris and I have the same favorite songs, which we want to perform for our audience.”

Despite having been friends for a long time, why did it take this long for them to do a show together?

Jay-R explains, “Maybe it just wasn’t the right time before. Now is the perfect time for us to come together and push out a major concert. It’s in line with all the original music we’re putting out in the future.”

The boys are excited about their recording collaborations.

Jay-R disclosed, “We have a song with all of us together called Habang Buhay. It will be part of my upcoming album. We will launch the song digitally very soon.”

Jay-R confirms, “We already have a Soul Brothers show in San Francisco on October 6, Los Angeles on October 7, San Diego on October 8, and we’re finalizing a few more cities in the U.S. and Canada, and possibly UAE.”

SOUL BROTHERS is produced by ALV Events International, in cooperation with HomeWorkZ Music.

Tickets are available at ticketnet.com.ph. Showtime is 8:00 p.m.