The queen is back.

Judy Ann Santos-Agoncillo returns to television this May as ABS-CBN brings back the cutest game show on Philippine television, “Bet On Your Baby,” for another exciting and cuteness-filled season.

“I’m so excited to be working on TV again. I was gone for more than a year so it feels good to do a show again that is close to you heart. I hope one of your kids can join us in the Baby Dome,” said Juday.

The Queen of Drama, who is also the queen of her family with the addition of newborn daughter Luna, also teased audiences of new program elements to watch out for.

One of these is her newest sidekick, the digital mascot named Piggy Bangs. All throughout the episode, Juday and the little prince and princesses who will be playing will be interacting with Piggy. 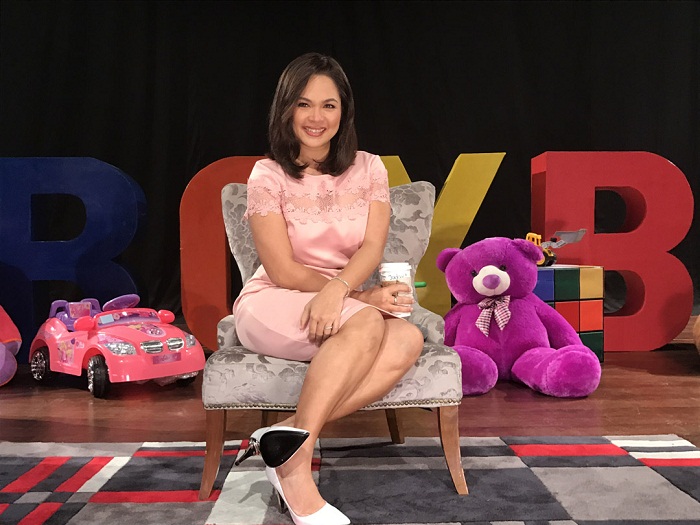 All kid contestants will also be automatically part of the Baby Club which gives them exclusive perks and access to the program.

For its pilot week, five celebrity babies with their mommies and daddies will compete. The game starts off with them playing one by one in the game round where the kids will face mini challenges inside the baby dome. One parent must place his or her bet as to how far his or her child can go in accomplishing a particular challenge. If the parent gets it correctly, they win P10,000. If not, they still get a consolation of P5,000.

The elimination happens in the second round called “Watcha Makulit.” The first family to get the correct answer advances to the jackpot around.

In the final stretch of the show, mommy, daddy, and baby get three chances to find and smash the piggy bank that contains P1 million.

“Bet on Your Baby” has changed a lot of lives and has been an inspiring show for Filipino families for almost two years since it premiered in 2013. The show named a total of 11 kid millionaires or called Babynaryos. Because of its grand prizes, exciting games, and the moving stories of the contestants, “Bet on Your Baby” has been a well-loved show in the Kapamilya network.

Don’t miss the return of the cutest game show on Philippine TV, “Bet On Your Baby,” this May on ABS-CBN.