Hope and joy filled a covered court in Barangay Sta. Ana, Pateros where DZMM, the flagship AM radio station of ABS-CBN, recently held the first “DZMM Kapamilya Day,” in celebration of DZMM TeleRadyo’s 10th year on television this 2017.

In the first leg, Julius Babao and Bernadette Sembrano brought their “Lingkod Kapamilya sa DZMM” program on location, enabling residents to ask for help and assistance through the show. Before going live on-air, they were also able to bond with the people, who enjoyed the livelihood seminar and birthday blowout prepared by DZMM. 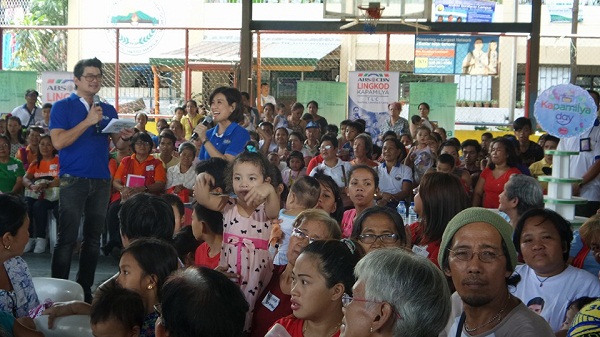 As an added offering, DZMM also had a medical mission for its first Kapamilya Day, and one of those who received free medicines and medical consultation was Myrna Alire, a diabetic mother with a mild heart condition. Aside from the free check-up she received, she was also grateful for the chance to see and meet the anchors she would only watch on TV or hear on the radio.

“I’m just really so happy! Especially when I got the chance to hug Bernadette, I’m just very thankful that ABS-CBN was able to come here, and I was able to get free medicine,” Nanay Myrna shared.

Around 200 people lined up for the medical mission that was done in partnership with volunteer doctors from Sagip Bayan-St. Luke’s Medical Center. Others, meanwhile, were also able to get free wheelchairs and nebulizers. People also learned a new source of income after attending the seminar on tocino-making. To complete the family day experience, those celebrating their birthdays like DZMM TeleRadyo were also given gifts.

“This is very important because many Kapamilyas got assistance and we were able to give solutions immediately,” Santinidad said. 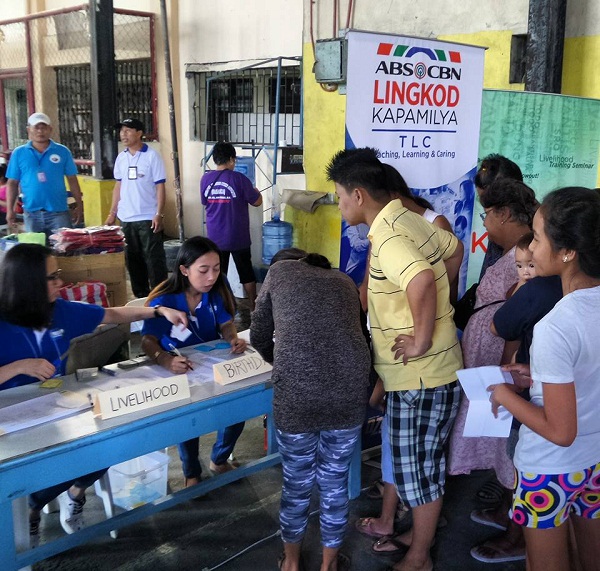 Radyo Patrol reporter Raya Capulong and “Mismo” anchor Ahwel Paz were also present to give news and entertainment to the people of Pateros. DZMM, which just celebrated 30 years on-air last year, will continue its delivery of news and public service to the barangays on the next legs of “DZMM Kapamilya Day.” This Friday (March 17), Gerry Baja and Anthony Taberna of “Dos Por Dos” will be visiting Pasay City.

Watch out for the next “DZMM Kapamilya Day” in the coming Fridays as DZMM continues its celebration of 10 years of DZMM TeleRadyo. Stay tuned to DZMM 630 on AM radio or DZMM TeleRadyo on cable and ABS-CBNTVplus.