The wait is finally over as one of the Philippines’ premier love teams KathNiel, composed of Kathryn Bernardo and Daniel Padilla, returns to the silver screen in Star Cinema’s upcoming romantic movie entitled “Can’t Help Falling In Love” screening in key countries worldwide via [email protected].

Directed by box office director Mae Cruz-Alviar and with story and screenplay by Carmi Raymundo and Kristine Gabriel, “Can’t Help Falling In Love” is the follow-up film of Padilla and Bernardo after the mammoth success of “Barcelona: A Love Untold” last year. 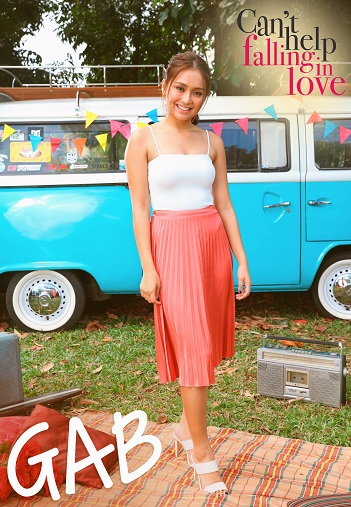 “Can’t Help Falling In Love” is a lighthearted and heartwarming romance that is centered on Gab dela Cuesta (Bernardo) – a high-strung career woman who is engaged with her longtime boyfriend. Gab’s well-planed life gets upside down when she discovers that she is already married with a total stranger in the person of happy-go-lucky trip leader Dos Gonzales (Padilla).

The real conflict begins as Gab and Dos figure out how they ended up as a married couple. In the process, Gab starts breaking her own rules to survive their confusing situation and she finds herself falling for Dos.

It should be noted that “Can’t Help Falling In Love” marks the 6th year of Bernardo and Padilla as one of the country’s premier love teams. Through the years, the mettle of KathNiel has been solidified by a consistent string of well-received performances both on television and in film; a continuous flow of covers in high profile magazines; a constant stream of product endorsements; and ultimately a steady record of critical and box-office success in the big screen; making Padilla and Bernardo two of the most influential role models amongst young Filipinos.

The entire nation has been a witness to how the love team of Bernardo and Padilla blossomed. Now that their countless fans are deeply invested in their amazing tandem, it is a welcome surprise that KathNiel is entering the next level as they give life to an exciting new material in “Can’t Help Falling In Love” as Gab and Dos, solidifying their successful partnership as artists. 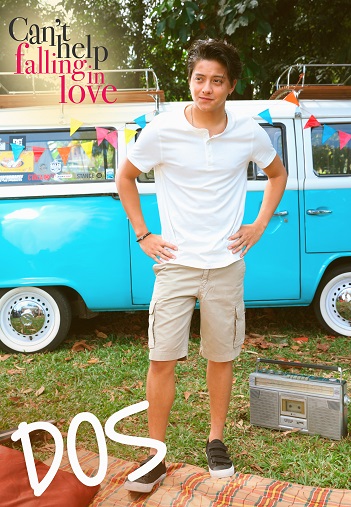 Witness how two opposites meet unexpectedly and see how their worlds collide. Will destiny take them to where their hearts should be? Find out if Gab will choose a well-planed life with her longtime partner or if she will take the leap of faith with Dos, who is a perfect stranger in her life.

Catch “Can’t Help Falling In Love” in United Arab Emirates (UAE), Qatar, Bahrain and Oman on April 20; US and Canada on April 21; United Kingdom from April 22 to 23; Vienna, Austria on April 22; Rome and Milan, Italy on April 23; Madrid and Barcelona Spain on April 23; Australia on April 27 and New Zealand on May 4; Papua New Guinea on April 27; Saipan on April 28; and Taiwan on May 14 and coming soon in more countries.

For the first time in Middle East, “Can’t Help Falling In Love” will also have an advanced screening on April 19, 8 p.m. at Novo Cinema Festival City, in partnership with Gulf Film.

For more updates about the film, visit www.tfc-usa.com; www.tfc-ca.com or emea.kapamilya.com or visit the TFC Facebook page applicable for your area.