Clarkson is celebrating the release of “MEANING OF LIFE” with a series of live performances including today’s episode of the nationally syndicated Ellen DeGeneres Show (check local listings). Next week then sees Clarkson gracing the stages of NBC’s TODAY (Monday, October 30th) and The Tonight Show Starring Jimmy Fallon (Tuesday, October 31st), in addition to performing on The Howard Stern Show (Wednesday, November 1st). Fans can tune into Kelly’s YouTube livestream event hosted by Neil DeGrasse Tyson, celebrating the release of “MEANING OF LIFE” on November 1st at 1PM ET on youtube.com/kellyclarkson. Clarkson is also set to appear on NBC’s award-winning musical competition series, The Voice, serving as a Key Advisor on the current season’s Knockout Round, set to begin Monday, October 30th. Clarkson returns to The Voice next year in her new role as coach on the series’ 14th season, set to premiere in February 2018.

Long acclaimed as an electrifying live performer, Clarkson will mark “MEANING OF LIFE” with a US tour to be unveiled soon. All fans who purchasethe album directly from store.kellyclarkson.com before October 30th, 2017 11:59pm PT will receive exclusive early access to tickets upon the tour’s official announcement. For regular updates, please see www.kellyclarkson.com.

“MEANING OF LIFE” is already among 2017’s most highly regarded new albums, drawing widespread acclaim for singles and track releases including “Love So Soft,” “Move You” and the album’s title track, “Meaning of Life”. The songs have been accompanied by stunning live performance videos filmed earlier this summer at Nashville’s historic War Memorial Auditorium as part of Clarkson’s Nashville Sessions series. The clips are streaming now at Clarkson’s official YouTube alongside the incredible Dave Meyers-directed music video for first single “Love So Soft”.

“MEANING OF LIFE” is the album Kelly Clarkson was destined to make with Atlantic Records, a collection of smart and sensual soul-inspired pop that immediately belongs among the legendary label’s classic canon. For her eighth studio album – and follow-up to 2015’s chart-topping “PIECE BY PIECE” – the multiple GRAMMY® Award-winning singer/songwriter united a stellar team of top songwriters and producers to collaborate on her Atlantic debut, among them past collaborators Jason Halbert, Jesse Shatkin and GRAMMY® Award-winning “Producer of the Year” Greg Kurstin as well as first time associates Mick Schultz, The Monarch, and Nick Ruth, among others. As if that weren’t enough, Clarkson is joined by members of the legendary Earth Wind & Fire on one of the album favorites “Whole Lotta Woman”.

“Love So Soft” immediately was praised as one on the year’s finest singles upon its release this summer, with the New York Times declaring ”her voice is as big as ever,” while Billboard noted, “If ‘Love So Soft’ is any indication, Kelly Clarkson’s Atlantic Records debut, ‘MEANING OF LIFE,’ is going to be massive.” Most recently, the album’s title track was praised as “a celebratory new song,” by Rolling Stone, while Vulture complimented her “show of vocal acrobatics on every inch.” Harper’s Bazaar summed it up best: “’Meaning of Life’ will give you goosebumps… it packs one soulful punch.”

Clarkson – who recently graced the cover of Entertainment Weekly’s popular “Fall Music Preview” (READ HERE) – was feted earlier this month at Variety’s Power of Women Luncheon (LINK) in Los Angeles following her cover appearance on the venerable trade publication’s October 10th issue. The event saw Clarkson honored for her support of XQ Super School (LINK), an organization dedicated to rethinking school in America in order to create new learning opportunities for young people and open up the possibilities of the wider world.

Kelly Clarkson is among the most popular artists of this or any other era, with over 100 #1 Billboard singles and total worldwide sales of more than 25 million albums and 36 million singles. The Texas-born, Nashville-based singer-songwriter first came to fame in 2002 as the winner of American Idol’s inaugural season. Clarkson’s debut single, “A Moment Like This,” followed and quickly went to #1 on Billboard’s “Hot 100,” ultimately ranking as the year’s best-selling single in the U.S. “THANKFUL,” Clarkson’s 2003 debut album, made its debut atop the SoundScan/Billboard 200 on its way to 2x platinum certification from the RIAA. 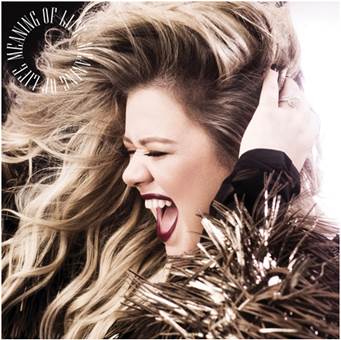 Clarkson is without doubt one of pop’s top singles artists, with 17 single releases now boasting multi-platinum, platinum, and gold certifications around the world, including such global favorites as “Miss Independent,” “Because Of You,” “Mr. Know It All,” “Stronger (What Doesn’t Kill You),” “Heartbeat Song,” and “My Life Would Suck Without You,” the last of which holds the Billboard “Hot 100” record for the biggest chart leap in a single week, from #97 all the way to #1.

One of the most honored artists in music history, Clarkson has received a truly stunning array of awards and nominations, among them three GRAMMY® Awards including two for “Best Pop Vocal Album” – the first artist to ever twice win that award. In addition, Clarkson has won 12 Billboard Music Awards, four American Music Awards, three MTV Video Music Awards, two Academy of Country Music Awards, two American Country Awards, and one Country Music Association Award. The first artist to top each of Billboard’s pop, adult contemporary, country, and dance charts, Clarkson has made countless TV appearances, including performances during the 14th season of American Idol – the first ever week of competition dedicated to a previous winner’s discography.

Alongside her incredible musical career, Clarkson has ventured into a variety of film and television projects, including a memorable turn as musical legend Brenda Lee on NBC’s 2003 series, American Dreams. As if all that weren’t enough, Clarkson made her literary debut in 2016 with the New York Times Top 10 best-selling children’s book, River Rose And The Magical Lullaby, succeeded this year by her newly released follow-up River Rose And The Magical Christmas, both available now via Harper Collins.