The epic combination of Kim Chiu and Gerald Anderson, and Ellen Adarna’s intimate side unearths on the double cover of Metro Magazine’s 2017 Body Issue!

Here, Kim and Gerald also talk about their newfound passion for fitness and reunion for their new teleserye. Both have been training relentlessly for their new series—whether running, cycling, or swimming and Metro helps the two showcase their best bodies ever as they recreate their 2010 Metro Body cover.

Vixen, goddess, temptress, muse Ellen also electrifies in this issue, baring it all like we’ve never seen her before. This stunner channels the iconic Marilyn Monroe in her private moments, revealing her intimate side in a shoot to remember. Ellen is one woman who’s not afraid to flaunt her body, and she also works really hard to make sure it’s in tip-top shape. 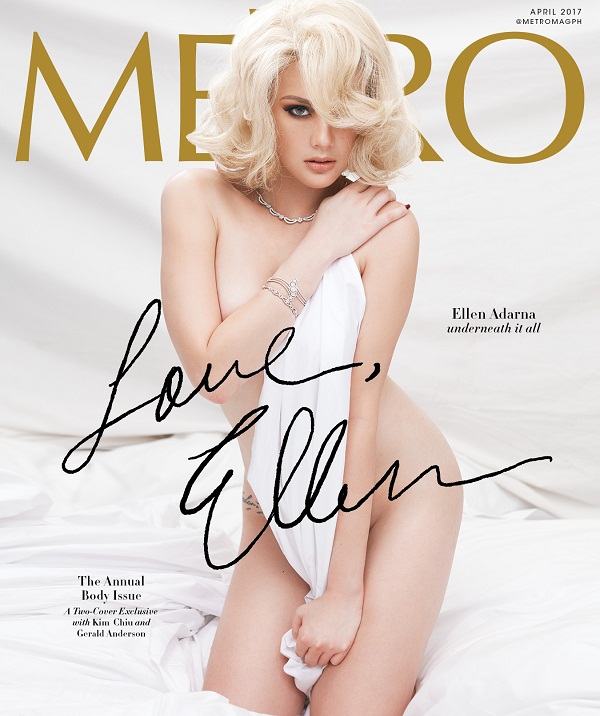 In Metro’s pages this month, readers will find ways not just to shape the body, but also nourish the soul through meditation, healing, and even travel. The magazine tackles a different proposition by steering the conversation towards holistic fitness and overall wellbeing in a world obsessed with appearances.

This latest copy marks the maiden issue of Geolette Esguerra as Metro’s new editor-in-chief. She has been part of Metro for seven years. Her first stint for the magazine was the cover story for Gretchen Barretto in April 2010 but she officially started as Features Editor three months later. She took over as Executive Editor in November 2014, and also edited several titles under ABS-CBN Publishing, Inc. as editor-in-chief of Star Magic Catalogue in 2015 and Features Editor of Maven Magazine. Former Metro editor-in-chief Sarah Meier now acts as editor-at-Large and international correspondent for Metro Magazine.

Metro is a premiere fashion and lifestyle magazine in the country that aims to empower women. It is one of the titles published every month by ABS-CBN Publishing Inc.

The Metro Body Issue 2017 is out this April in bookstores and newsstands nationwide.

Metro Magazine is also available in the Metro app, Zinio, and NoInk. You may download these apps from the Apple App Store and Google Play.