Will the powerhouse acting ensemble of “Downton Abbey” continue its dominance in the prestigious Screen Actors’ Guild Awards (SAG) or will new contenders such as the cast of “The Crown,” “Westworld,” and television’s breakout hit “Stranger Things” usher in a new batch of acting royalty?

See who among this year’s most esteemed acting talents in television and film emerge as their peer’s choice as Lifestyle airs the 23rd Screen Actor Guild (SAG) Awards live on January 30 at 9am.

Get a “front-row” access to the red carpet special and awarding ceremony, which will feature Hollywood’s award-winning actors and actresses such as Ryan Gosling, Emma Stone, Viola Davis, and Sarah Paulson. 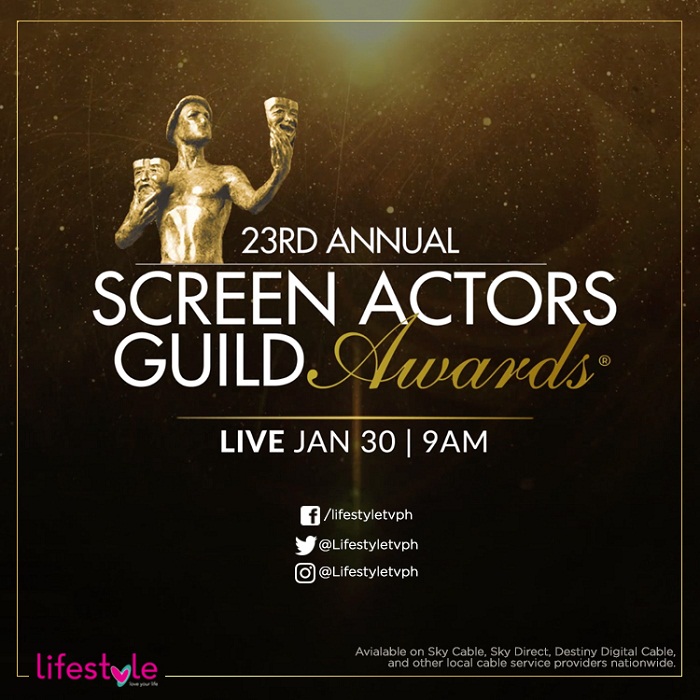 Catch the winning moments in real time via Lifestyle’s Live Telecast on January 30, Monday at 9 AM and its replays on February 1, Wednesday (4 PM), and February 4, Saturday (10 AM & 8 PM).

The SAG Awards is the only award giving body where actors honor their peers’ performances in film and television. Awards will be given in a total of thirteen categories.

Lifestyle is available on SKYcable channel 52.