Metro Magazine returns to San Francisco for a rendezvous unlike any other. It took the country’s newest romcom prince and princess Enrique Gil and Liza Soberano on a grand tour of the most beautiful sights of the city: the Golden Gate Bridge, the Piers at the Embarcadero, the Palace of the Fine Arts, baring witness to a budding romance that cuts across thousands of miles of this special city that celebrates individuality and youth culture.

And for its third year in a row, Metro also releases its Philippine Fashion Issue, with their annual retail awards as the highlight. This year honors a mix of mega brands and independent brands, proving that even local brands can also be global frontrunners. 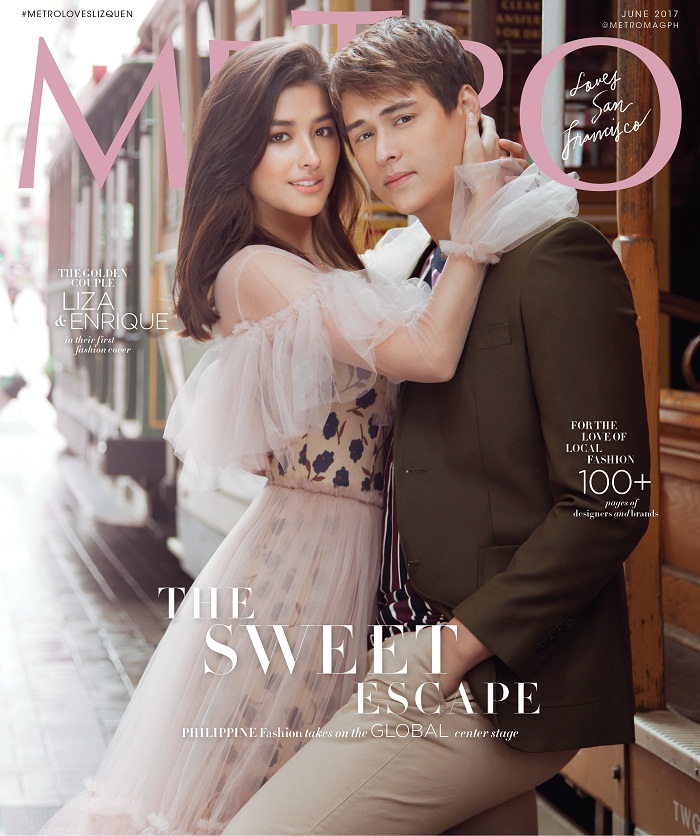 Other features include retail collaborations like Bayo and Francis Libiran with muse Kylie Verzosa, and Bench’s new venture their own fashion week.

This issue also celebrates beautiful morena skin, with lead pro makeup artist Archie Tolentino sharing his tops on how to make these bold looks your own.

Get to see more of the Metro LizQuen adventure on the June cover shoot’s television special on Lifestyle TV (SkyCable channel 52) airing on June 10 (Saturday) at 8PM, with replays on June 14 at 9PM and June 16 at 6:30PM.

Check out all these and more in the Metro June 2017, now out in major bookstores. Metro is available in bookstores and on newsstands for P150. You can also buy the digital copy via No Ink available on Google Play or App store.