Marawi And Other Top Stories In ABS-CBN, DZMM Yearender Specials

Before the curtain closes for 2017, ABS-CBN News looks back at the biggest stories, issues, and newsmakers in the year with the “#GANAP2017” DZMM Yearend report airing on DZMM TeleRadyo on December 29 and the “Paglayang Minamahal” special documentary on Marawi airing on ABS-CBN on December 31. 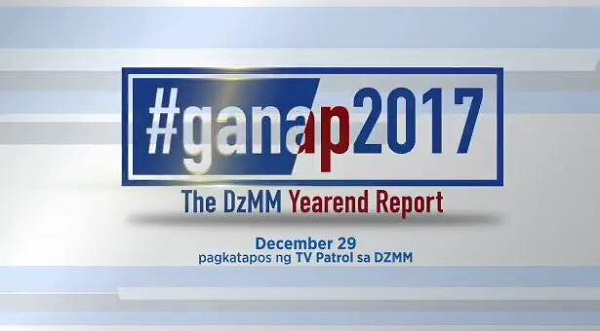 Anchored by Vic De Leon Lima and Zen Hernandez, “#GANAP2017” counts down the ten hot news topics this year that Filipinos tuned into for updates and information. This includes hard news such as the government’s war on drugs, the Marawi crisis and other terror attacks, disasters, and changes in the economy and new laws that affect the society, as well as entertainment and sports news that aroused the interest and inspired Filipinos.

On December 31st, meanwhile, Jeff Canoy, Raphael Bosano, and Kori Quintos zero in on the the heroic stories from Marawi in as they take on 2017’s biggest news story in “Paglayang Minamahal: The 2017 ABS-CBN News Yearender.” 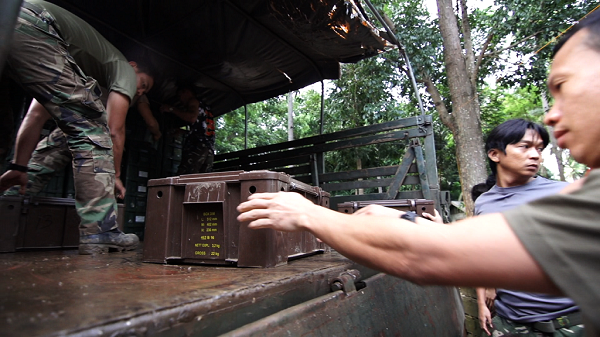 To remind us how Filipinos exhibit their finest and shining moments in the darkest days, the three journalists will tell the story of a soldier who put everything second, including his own life, to save others; a mother who was held hostage for five months but never gave up hope for her children; an evacuee who lost her child to the squalor of the evacuation center; and brave stories of soldiers that gave up their lives to free Marawi as told by those who lived.

More than the accounts of the war, the documentary also shows the herculean task now upon the Maranaos as they pick up the pieces and start rebuilding the city that was reduced to rubble when the military pursued the Maute forces.

After revisiting the year’s top stories, ABS-CBN News heads directly to a multiplatform coverage of the country’s celebration to welcome 2018. There will be a New Year countdown dubbed “Salubong 2018” on Channel 2 on Sunday (December 31) at 11:30pm anchored by Adrian Ayalin and Pia Gutierrez. Meanwhile, on DZMM, Noel Alamar and Jeff Hernandez will also be on board from 10 pm to 1 am to be one with Kapamilyas in ushering the new year, followed Carl Balita and Stargazer from 1 pm to 4 am on DZMM Radyo Patrol 630 and DZMM TeleRadyo.

Viewers can also catch updates on ANC, the ABS-CBN News Channel while netizens may also get breaking news and information on news.abs-cbn.com