The new trailer for Marvel Studios’ “Thor: Ragnarok” has debuted in Hall H at San Diego Comic-Con along with a new poster!

Feast your eyes on the new trailer and see the poster below. Be sure to catch “Thor: Ragnarok” when it thunders into Philippine cinemas on November 3!

Directed by Taika Waititi from a script by Craig Kyle & Christopher Yost and Stephany Folsom and Eric Pearson, “Thor: Ragnarok” picks up after the events of “Avengers: Age of Ultron.”

In Marvel Studios’ “Thor: Ragnarok,” Thor (Chris Hemsworth) is imprisoned on the other side of the universe without his mighty hammer and finds himself in a race against time to get back to Asgard to stop Ragnarok the destruction of his homeworld and the end of Asgardian civilization at the hands of an all-powerful new threat, the ruthless Hela (Cate Blanchett). But first he must survive a deadly gladiatorial contest that pits him against his former ally and fellow Avenger the Incredible Hulk (Mark Ruffalo). 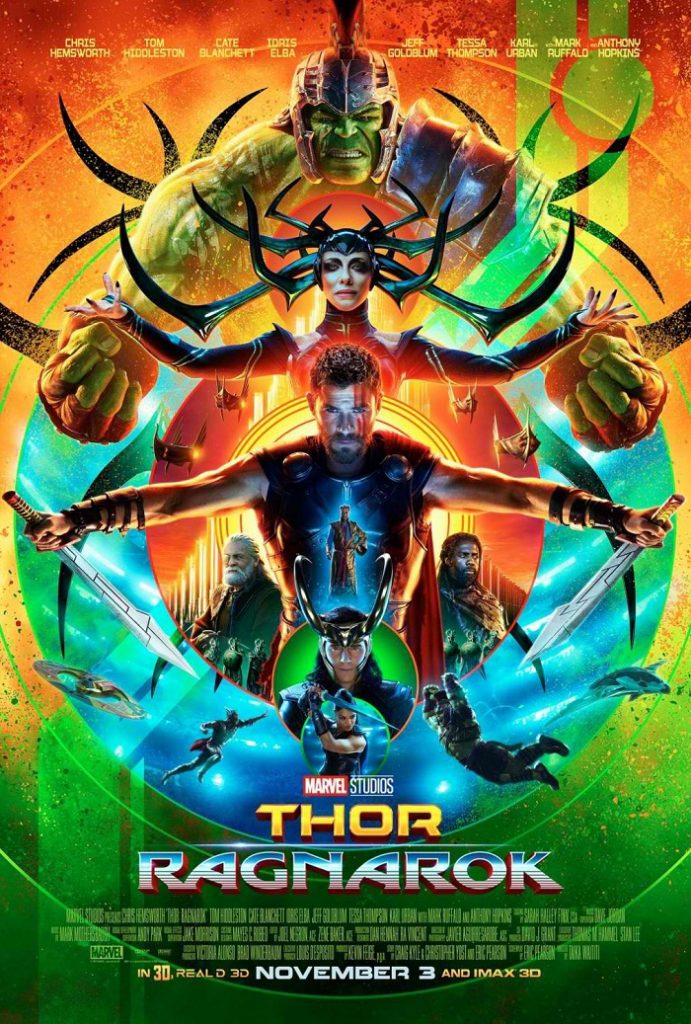 “Thor: Ragnarok” is distributed by the Walt Disney Company (Philippines).