OPM legend Noel Cabangon recently unveiled his 7th album under Universal Records, entitled “Byahe Pa Rin” the third installment in his Byahe album series. Compared to previous albums in the Byahe series, “Byahe Pa Rin” revitalizes with its modern array of songs interpreted by the multi platinum artist. The album prequels both garnered multi-platinum record awards, and the most recent addition is already hitting the airwaves.

“Byahe Pa Rin” features Noel’s version of well-loved OPM modern classics, such as “Tadhana” by Up Dharma Down, “Hari ng Sablay” by Sugarfree, “Kahit Kailan” by South Border, “With A Smile” by Eraserheads, “Ikaw” by Yeng Contantino, “Sa Kanya” by Ogie Alcasid, among many others. The “Kanlungan” singer reinvents modern OPM classics while exploring different styles. 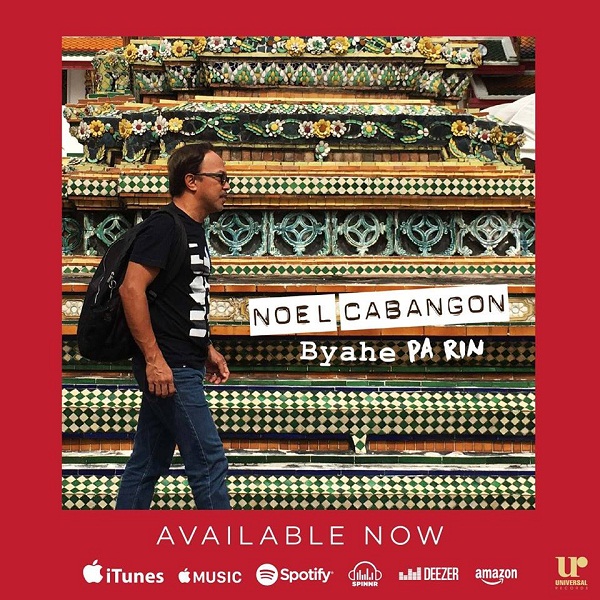 The critically-acclaimed singer, songwriter, and composer meshed diverse genres, ranging from jazz to rock, to form his latest magnum opus. Aside from giving his touch to contemporary classics, “Byahe Pa Rin” also contains two of Noel’s original compositions “Missing You” and “Umiibig”.

Noel shared his sentiments on the album: “Our country has indeed been blessed with a treasure trove of music, our own songs that truly capture our stories, sensibilities and emotions. A number of them I have been fortunate enough to include in this album.”

Noel’s rendition of Up Dharma Down’s “Tadhana” is “Byahe Pa Rin’s carrier single, and it is making rounds on the radio and is also the anthem of GMA’s Korean drama, “Innocent Defendant.” The follow-up single “Kahit Kailan,” a South Border original, features powerful vocals by Soul Supreme KZ Tandingan.

Noel discovered his passion for music at the tender age of 10, timidly performing with his guitar in his hometown in La Union. Despite being one of the most phenomenal OPM artists, Noel did not instantaneously get to the pinnacle of musical success. Initially a struggling musician, he kick started his professional singing career in underground watering holes, bars, and folk houses for decades, but gradually rose to popularity. Noel was formerly with music group, Buklod, whose music echoed sociopolitical and cultural issues, and were also known for the hit “Tatsulok.” After the group disbanded, Noel ventured on his solo music career and continued to compose songs for causes dear to his heart. Presently, his career has flourished in the Universal Records family, with “Byahe Pa Rin” marking another milestone in his musical journey. 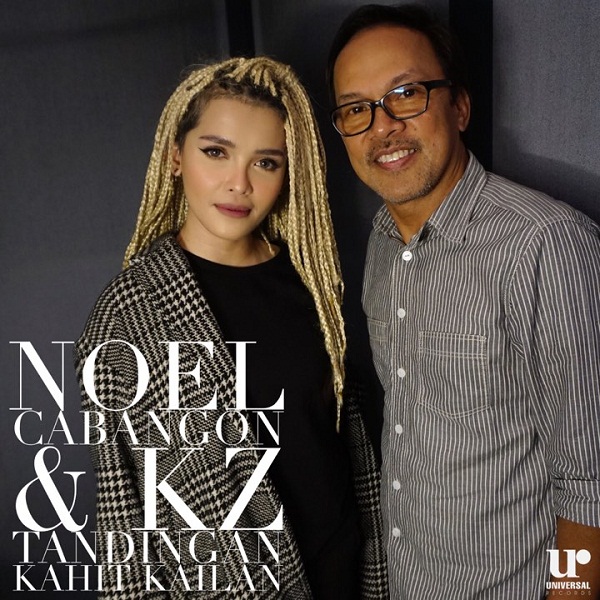 On August 30, the folk singer songwriter will join revered OPM stars such as Christian Bautista, Menchu Lauchengco-Yulo, and Bituin Escalante, among many others, in “Kaya Natin ‘To” a grand concert in the Newport Performing Arts Theatre, Resorts World Manila that intends to celebrate resilience, life, and hope. Resorts World Manila scouted Noel to write music that encapsulated the theme of the initiative benefitting Children of Resorts World Manila Foundation, hence the creation of his song “Kaya Natin To”. Noel highlighted that the song he crafted—which was aimed at uplifting the spirits of the company’s employees after the tragic attack last June—was aligned with the concert’s message: “We wanted to convey that at the end of the tunnel, we could really see the light.”