Cinema One is set to add romantic excitement in Boracay once more as it holds the “OpenAir Cinema One: Blockbuster by the Beach” featuring the teen flick, “Vince & Kath & James” on April 8, 2017.

The film is based from the online series, “Vince and Kath” written by author Jenny Ruth Almocera. The romantic story turned into a series of books published by ABS-CBN Publishing, and eventually became a blockbuster film under Star Cinema directed by Theodore Boborol. 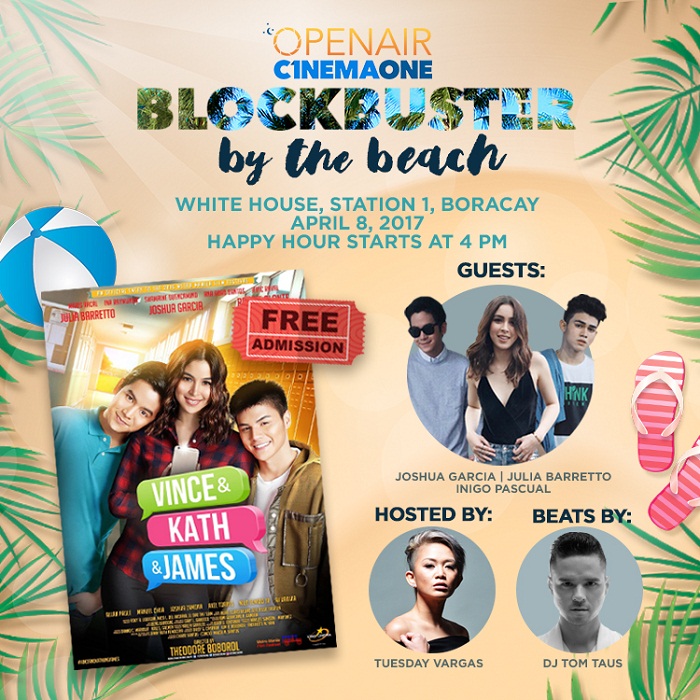 DJ Tom Taus will kick off the much-awaited happy hour as he peps up the nightfall with cool sunset music at 4PM. Inigo Pascual will join him in revving up the fun with cool pop-dance performances.

The evening party, to be hosted by Tuesday Vargas, starts at 7PM filled with exciting games on-stage highlighted with the special appearance of the film’s cast.

The outdoor screening begins at 9PM to be followed by an after-party that will sure to rock the night away.

Cinema One, the Philippines’ number one cable channel, is available on Skycable Channel 56, Destiny Cable Analog 37, and Digital 57.