The film, directed by hitmaker Joyce Bernal, is the reunion project of Pascual and Gonzaga after their box-office film “Starting Over Again” in 2014. This also serves as the big screen comeback of Gonzaga after her last film “You’re My Boss” in 2015. 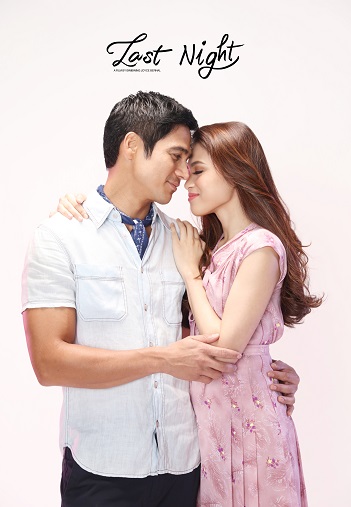 In the film, Gonzaga will give life to Carmina, a bright-eyed, idealistic young woman who has given up on life. “Sometimes you feel na you always have it together but in reality, you are really broken in the inside”, she shares.

Pascual plays Mark, a businessman who has lost the will to live. Pascual identifies with the humanness of Mark. He understands how Mark was at the end of his rope and opted for his last resort to end all his worries.

Their paths cross during the lowest points of their lives. Believing they are on to the last night of their lives, they make a pact that starts as a friendship and eventually blossoms into love.

As Pascual and Gonzaga mark the comeback of their team up with very different roles, producer Star Cinema, together with N2 and Spring Films take the bold move of exploring a new movie genre night romance a tale of a dark but hopeful love story. 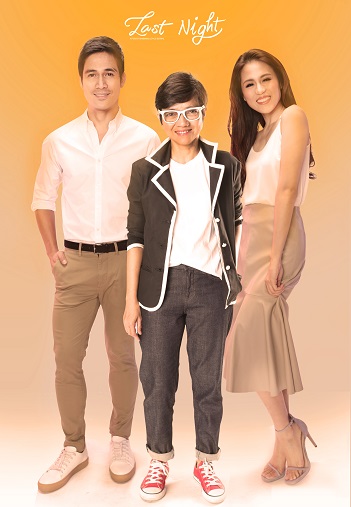 The unconventional screenplay is written by actress Bela Padilla. This is the fourth screenplay she has written, and the first to be produced by Star Cinema. “This is really one for the books for me,” Padilla gushes. “Ang laking honor na iyong script na sinulat mo from scratch, ang nag-produce pa Star Cinema, N2, at Spring Films; and director ko pa, Direk Joyce Bernal; ang artista ko pa, Toni and Piolo. What more can you ask for? (It is such a great honor that the script I wrote from scratch was produced by Star Cinema with N2 and Spring Films; and it is directed by Bb. Joyce Bernal, and stars Toni and Piolo. What more can you ask for?)

The film may be ‘dark’, but Gonzaga says it also sends a message of hope and love. “Mare-realize mo na ang sarap magmahal, ang sarap mabuhay, at ang sarap ma-experience ng buhay (It will make you realize how good it feels to love, to live, and to live life to its fullest.)”, she beams.

Padilla echoes Gonzaga’s sentiments and adds: “You want to give people hope. When there is darkness, there’s light. There will always be love”.

Are Carmina and Mark really set out for the last night of their lives? Will love be enough for them to hope and live again?

Find out in the Star Cinema film “Last Night” which will be screened outside the Philippines via [email protected] in key countries worldwide on the following dates: October 6 in U.S. and Canada; October 7 and 8 in Europe and Thailand; October 12 in Middle East, Papua New Guinea, and Brunei; October 12 to 18 in Australia and New Zealand; October 13 in Saipan, October 22 in Taiwan; and October 29 in Hong Kong.

For more details and theater list of the film, visit tfc-usa.com/lastnight.