For the first time on television, Pia and Marlon go no-holds-barred as they reveal ‘kilig’ details about their love story and share how the universe conspired to make their paths and hearts meet.

The two also gamely participate in Vice’s challenge to know who really is taller than the other using a giant measuring stick. Will it be Marlon or Pia? 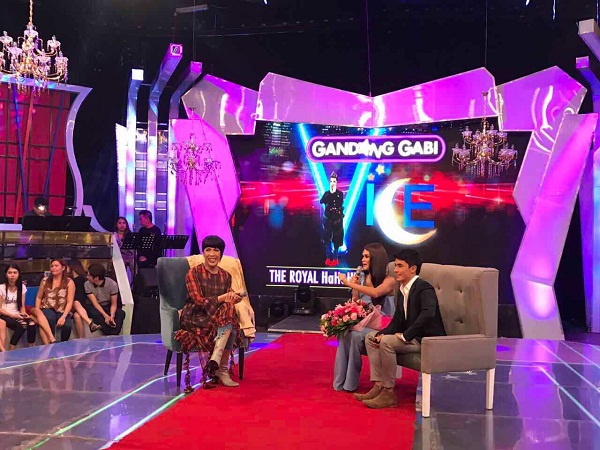 But Vice is not the only one who has gimmicks up his sleeves because Pia calls in his former opponent and co-candidate in a gay beauty pageant and challenges the two in an on-the-spot pageant showdown.

The kilig and kwela don’t end there because to cap everything off, a rare TV moment happens on the GGV stage as Marlon formally asks Pia to be his girlfriend.

Don’t miss the second part of “Gandang Gabi Vice: The Royal Haha Highness Birthday Special” this Sunday (April 2) after “I Can Do That” on ABS-CBN.