Another co-ed crew bested the best of Mega Manila’s high school dance crews as School of St. Anthony’s DanSSA emerged as grand champion of the MYX Moves Streetdance Competition during the grand finals held recently at the KIA Theatre. 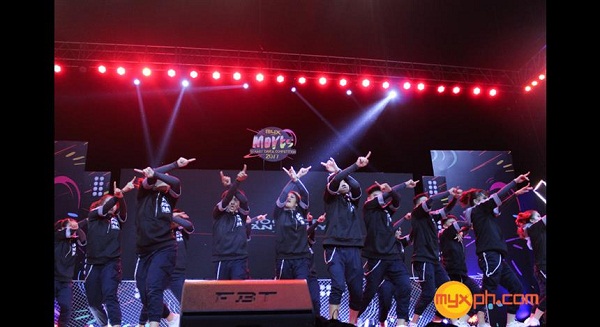 Xavier School’s Dance X came in second place, while School of the Holy Spirit’s Aglaia placed third. Both troupes took home P50,000 each as winners in their respective divisions plus another P10,000 each for pulling through the semi-finals. 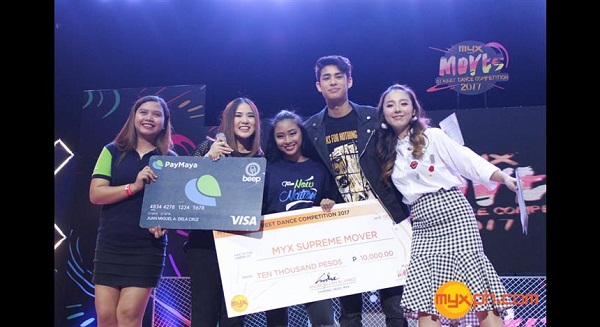 The MYX Moves Grand Finals was hosted by MYX VJ’s Ai dela Cruz, Sunny Kim, Donny Pangilinan, Jairus Aquino, and Sharlene San Pedro with the attendance of MJ Arda of A-Team, Lema Diaz of the Philippine All Stars, and Von Asilo of The Crew, continuing their duty as panel of judges, and Philippine hip hop dance crew Legit Status for a striking performance. 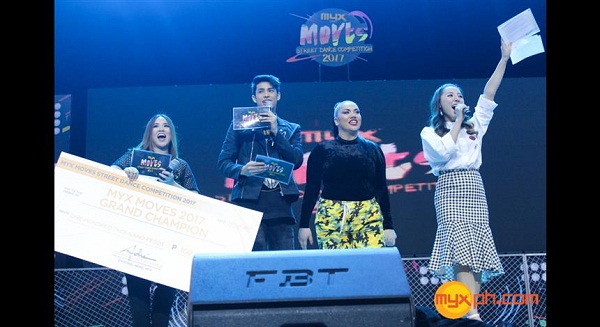 Award-winning dancer, choreographer, and “Step Up: All In” star Parris Goebel and her dance crew, the Royal Family, also wowed the crowd as they served an epic, hair-raising performance.

Watch out next year as the metro’s best high school dance crews once again battle it out in the MYX Moves Street Dance Competition. For more information, visit the official website of MYX at www.myxph.com .