The movie, helmed by Chris Martinez, the director behind the hit comedy films “Kimmy Dora And The Kyemeng Prequel” and writer of the two installments of “Ang Babae sa Septic Tank,” multiplies the excitement as it presents Munoz, Garcia and Mendiola in a movie that shows that ‘girl power’ can defy the odds. 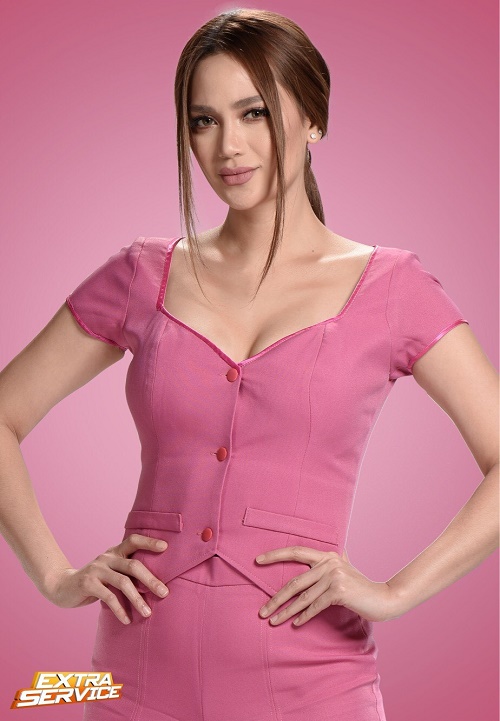 “Extra Service,” written by the writer of the highest-grossing local film in history “The Super Parental Guardians” Alpha Habon, is a story about three female ex-convicts Aw (Muñoz), Em (Garcia) and Gee (Mendiola), who due to their criminal records, have a hard time finding a job. Faced with this dilemma, Aw, Em and Gee have no other choice but to work in a spa as masseuses.

However, unknown to their clients, theirs is only a day job because at night, they transform as secret agents: Aw is Kapitana, Em is Maldita, and Gie is Henya.

“When you ask for ‘Extra Service’ you are actually asking for their service as secret agents,” explains Habon about the title of the film. “As secret service agents, they encounter a mission that will cost them their lives and freedom – they must retrieve the three most important pearls of the country that are collectively called “Perlas ng Silangan (Pearl of the Orient).”

Using their inner strength, anchoring on their individual experiences and coming together as one team, Aw, Em and Gee try to achieve their mission. 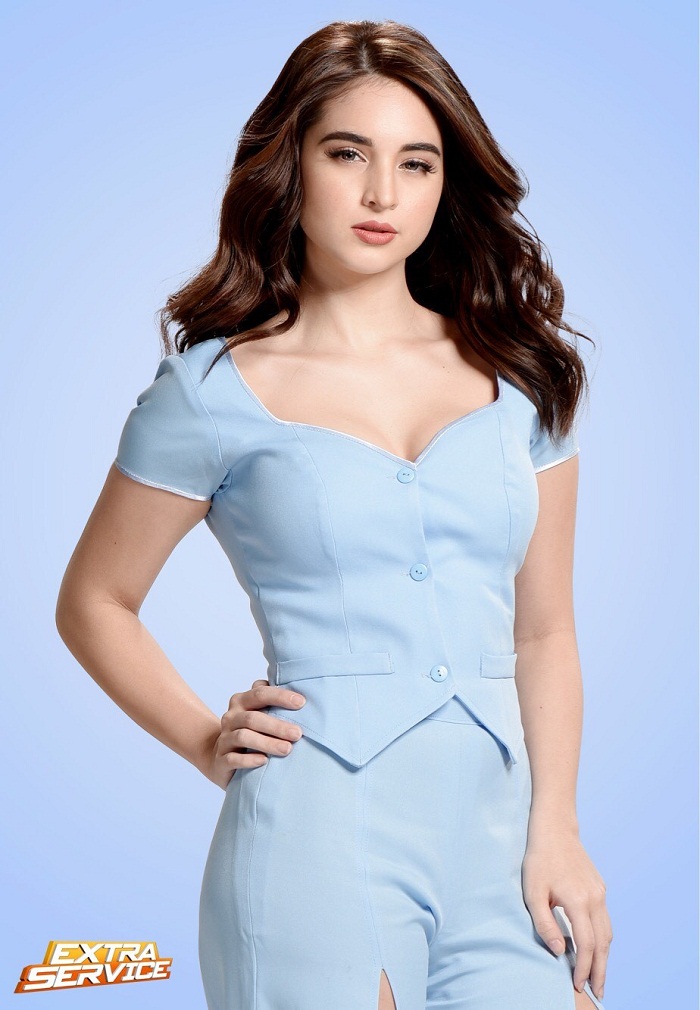 “Ang daming eksena na talagang pinaghirapan namin, pinaghirapan nilang lahat especially nitong tatlong girls namin (We, especially the girls worked hard for a lot of scenes,” Martinez said about the lead stars. “Seryoso sila sa pinagdaanan nilang fight scenes, but at the same time extra rin ang pagpapatawa (In terms of the fight scenes, they were serious about the training. But at the same time, they poured in the same kind of effort in terms of the comedy.”

While it was not a walk in the park, Mendiola says she welcomed the film because it fulfilled her dream of doing an action film. “This is something new. Matagal ko na kasi gustong mag-action and nabigyang buhay naman siya (I wanted to do action for the longest time and now, this dream has been fulfilled,” she says.

As for Garcia, she admits being hesitant in accepting the project because she hasn’t done a comedy stint before. “Hindi talaga ako nagko-comedy, wala akong experience diyan. Mahiyain pa ako in front of people (I don’t do comedy because I don’t have the experience. I am also quite reserved)” she explains. “Pero nang nalaman kong si Direk Chris ang director nakampante ako kasi magaling naman talaga siyang direktor (However, when I found out that Direk Chris was the director, I accepted the project because I knew he was a good director),” Garcia ends. 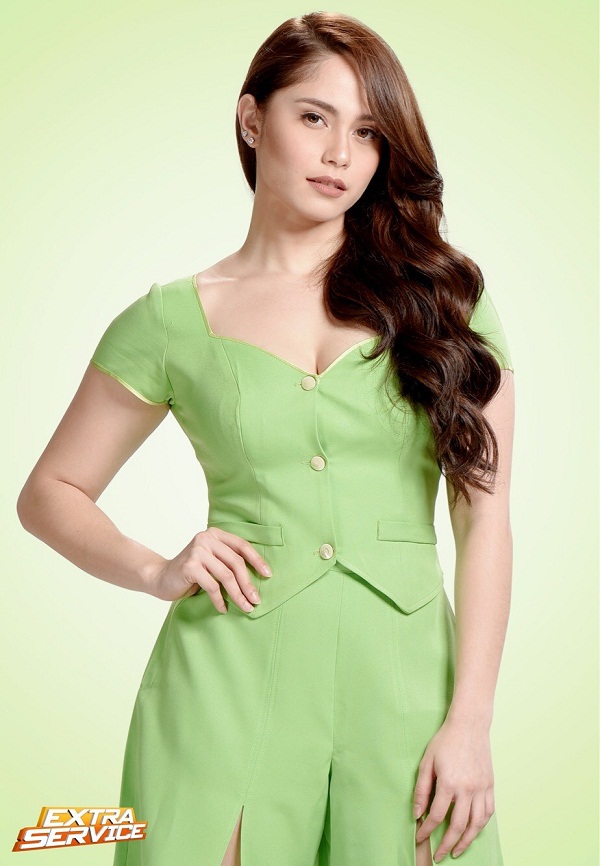 Despite the fact that “Extra Service” is a sexy comedy-action film, Muñoz, Mendiola and Garcia all agree that their film’s most important lesson is the value of team work.

Find out how the team work of Aw, Em and Gee will lead them to their freedom in the sexy comedy-action film “Extra Service” as it screens on the following dates and key cities worldwide via [email protected]: U.S. and Canada on January 13 and Papua New Guinea on January 19.

For more updates about the film, visit www.tfc-usa.com/exse; www.tfc-ca.com/exse or TFC’s Facebook page applicable for your area.