After over two decades since their first team up which has created a cult following of sorts and which has crossed over to real life at some point, the Philippines’ Megastar Sharon Cuneta and pop culture icon Robin Padilla are back together to rekindle their on-screen love affair via the romance comedy “Unexpectedly Yours” screening in key countries worldwide via [email protected] starting this week. 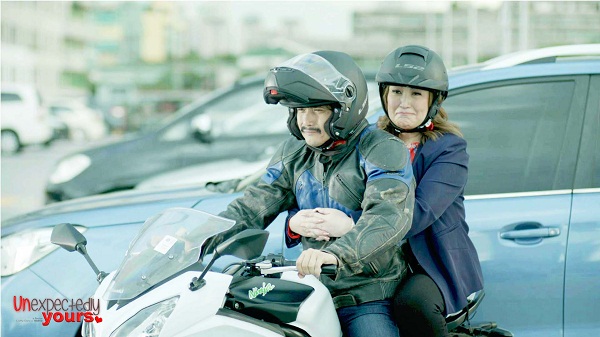 A team up that was not expected initially to draw in the box office receipts, Cuneta and Padilla’s first movie together “Maging Sino Ka Man” became a monumental success, spawning two more successful flicks via “Di Na Natuto” in 1993 and “Pagdating ng Panahon” in 2001.

According to the Megastar: “Mas masaya iyong movie na lalabas kasi iba ang raport namin ni Robin… Robin is really my favorite person to work with. He’s like my twin – ganiyan ang tawagan namin.  We are very much alike. My happiest shooting experiences have always been with Robin (The movie is fun because we have a different rapport.  I call him my twin because we have many things in common. My happiest shooting experiences are with him”.

Padilla on the other hand feels that nothing has changed since the first time they worked together: “Sa akin po walang pagbabago, siyempre – iyon pong ako’y tagahanga niya, idol ko siya. Alam niyo po naman, fan naman ako talaga, Kapag nag-eeksena kami, lagi akong natutulala. (Nothing has changed – I am still a fan and she, my idol.  While filming our scenes, I still am left speechless). 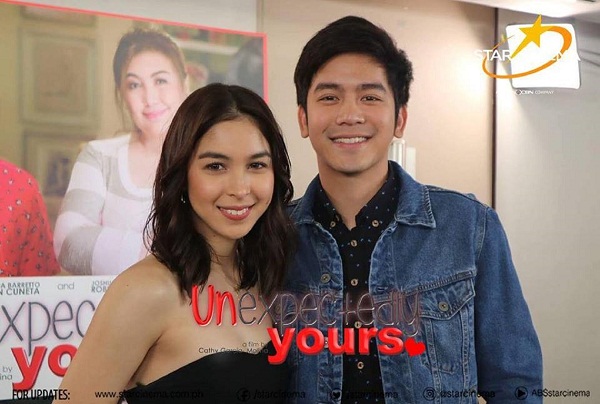 This year, Star Cinema works their magic in a transgenerational film which also features the breakout loveteam of Julia Barretto and Joshua Garcia.  Garcia and Barretto, more popularly known as JoshLia, joins the blockbuster cast, bringing in a different kind of thrill.  This generation’s most promising love team, earning viewers’ attention first via “Vince And Kath And James”, Star Cinema’s official entry at the 2016 Metro Manila Film Festival and then secondly via the full-length film, “Love You To The Stars And Back”, about fated romance.

To date their newest hit, “Unexpectedly Yours” has raked in over a hundred million at the Philippine box office for putting together two of the most-loved stars together with this generation’s most exciting love team in a story about two pairs’ lives getting intertwined by a twists of fate.  It has also been graded A by the Cinema Evaluation Board. 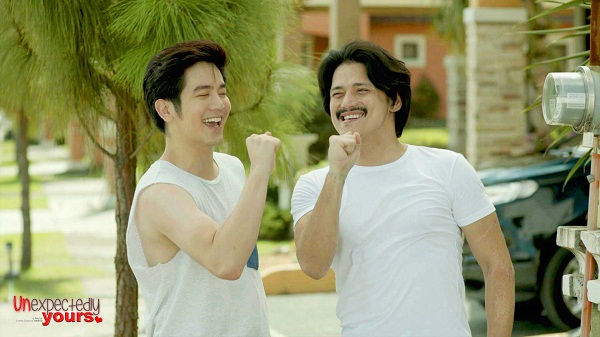 Under the direction of blockbuster rom-com director Cathy Garcia – Molina, Cuneta plays Patty, a woman pushed to achieve and is almost always in control and critical of things which drives her to seek separation from her emasculated husband after he loses his business.  Years after, she feels she is no longer in control of her life and shuts off even the possibility of finding another love, that is until she sees her high school classmate Robin Padilla (Cocoy).

Cocoy (Padilla) is a man who has been harboring a crush on Patty for the longest time.  Unlike Patty however, he was not really the most popular kid back in school.  But after school, he has been working hard to earn a living for his entire brood, including his nephew Joshua Garcia (Jason). This is the reason why he has not really had the time to find love.

Jason is like his uncle, a hard-working guy who values his family.  He looks up to Cocoy because he grew up without a father. Like his uncle, he too is a charmer but is not really a winner in the love department.  In fact, he pines for Yanni, Patty’s daughter but to no avail, following her on social media and leaving comments which Patty shields for reason.

Yanni, played by Barretto is a young woman defiant of her mother’s overbearing stance and huge expectations and the way her parents’ marriage turned out.  Instead of acting according to the mold, she breaks free and gets involved in various side jobs.  She also develops a twisted view of love and takes to social media where she is very active and gets the attention of Jason.

Set apart by different backgrounds, insecurities, and fears on love, they are thrown together by fate and hope for a new, inspiring love develops. 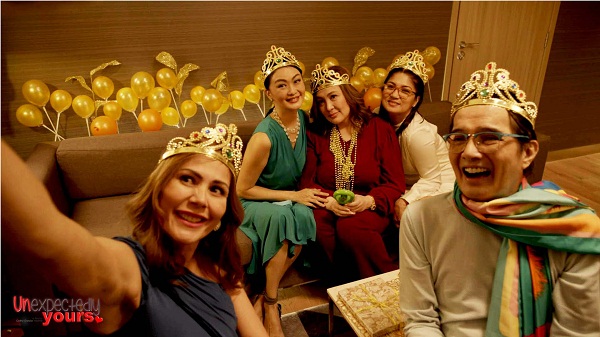 Written by Kiko Abrillo and Vanessa Valdez; and with a screenplay written by Anna Karenina Ramos and Janica Mae Regalo, “Unexpectedly Yours” is a transgenerational romantic-comedy that shows that love knows no age because in love, we are all the same.

Unexpectedly Yours, the third movie by director Garcia-Molina this year, also marks another milestone in Molina’s stellar body of work, as this is the very first time that she is working  with the Philippines’ iconic love team and the fastest-rising tandem.

Witness as Cuneta and Padilla together with Garcia and Barretto revive old feelings and bring in the thrills via “Unexpectedly Yours, screening in the following countries via [email protected]: December 7 in the Middle East, Papua New Guinea, and Brunei; December 8 in the U.S., Canada and Saipan; December 10 in Austria, Spain, Italy, Malta, and Greece; December 14 in Australia and New Zealand; December 17 in Taiwan, Hong Kong, and Singapore; and December 30 in UK.