The recent guest actor in “FPJ’s Ang Probinsyano,” Aljur, opens his doors to StarStudio team and shares his many firsts and realizations this year as he enters a new chapter in his life. Fans will enjoy the most adorable photos from the first magazine cover of Aljur and Kylie Padilla’s new baby, Alas Joaquin. 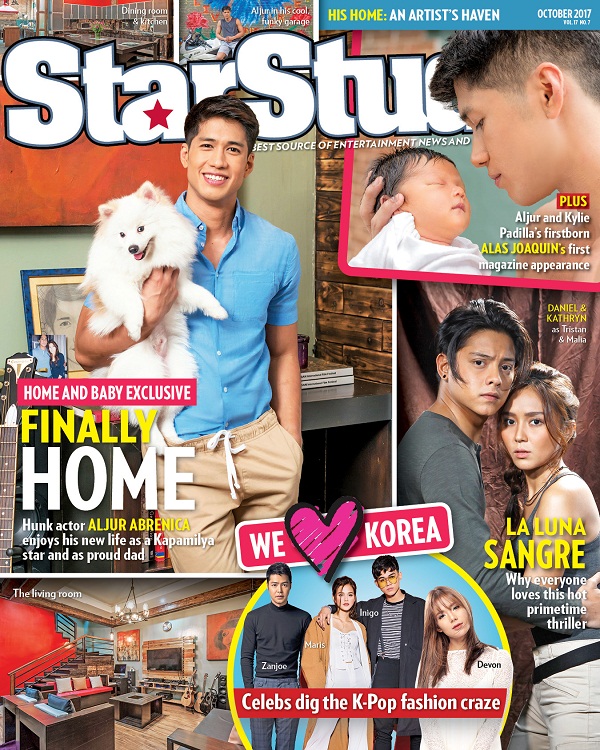 Inside this issue is an exclusive interview with the lead cast of this year’s hottest fantaserye, “La Luna Sangre” Kathryn Barnardo, Daniel Padilla, and Richard Gutierrez. Get to know more about their characters and find out the latest updates on the primetime thriller.

Grab a copy of StarStudio’s October 2017 issue, out in bookstores and newsstands nationwide.