The team of Vice Ganda, Jugs Jugueta, and Teddy Corpuz left viewers awestruck and broke the internet on Tuesday (October 17) when Teddy proposed to and married his wife Jasmine on national television for their “Magpasikat Week” performance on “It’s Showtime.”

After Jugs and Vice performed a song and a reverse poem about love, Teddy surprised Jasmine, their kids, and the madlang people as he bent on one knee and asked his wife, “Will you marry me again?”

Teddy’s ultimate romantic gesture did not end there, as he swore his undying devotion and exchanged “I do’s” with Jasmine. The wedding ceremony sent netizens abuzz and also became a trending topic on Twitter in the Philippines and worldwide.

The concept earned rave reviews and a standing ovation from all of the hurados, including director Rory B. Quintos, who said it was “thematically brilliant,” and Maricel Soriano, Marc Logan, Ina Raymundo, and Janno Gibs, who were moved to tears. 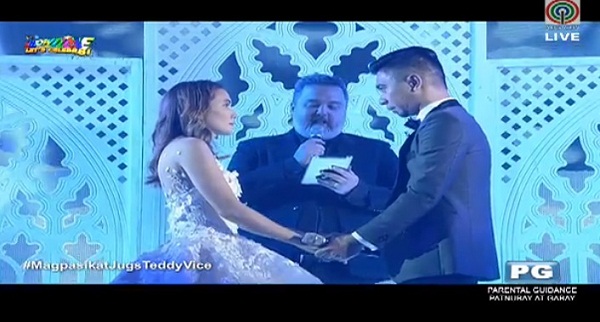 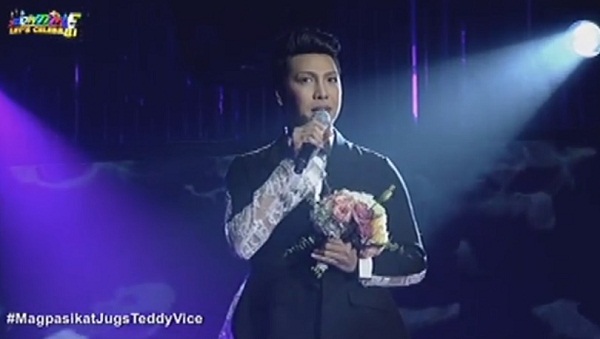 Last year, the team of Anne, Amy, and Joey was hailed as the champion. Which team will impress the madlang people the most this year? 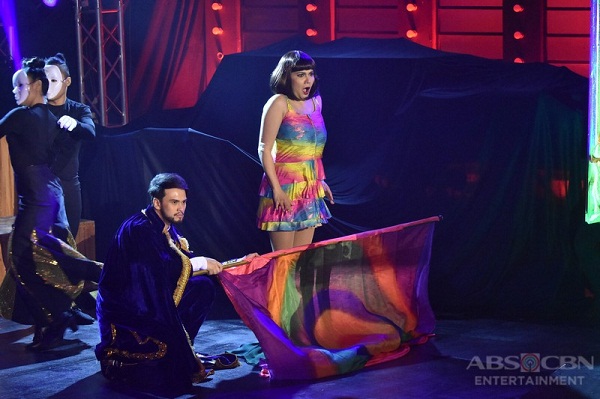 Don’t miss the eighth anniversary month-long celebration of “It’s Showtime” at noon from Mondays to Saturdays.