With over 6,200 team members in attendance at the Mall of Asia Concert Grounds last October 1, TELUS International Philippines has taken their annual town hall event to an entirely different level after having some of the biggest names in the OPM industry bring in some new vibes!

Held every last quarter of the year to celebrate the achievements of the company and its valued work force, TIP has mounted a successful gathering of its team members that aims to maintain a happy work-life balance. With various activities available around the glamping themed party, Myx VJ Sunny who joined in the fun-had a blast throughout the entire night.

From food truck concessionaires to special interest group booths, TELUS International Philippines treated their team members to an enjoyable night to look forward to every year. Plus, You Tube celebrities and content creators Bogart The Explorer, Daniel Marsh, and Ana Cay were also present to interact with several members of the TIP family.

Comedian Alex Calleja also showcased his comedic talent while the TELUS Music Club, the Joey Revillame band, Denise Laurel, TIP’s Singing Contest winner, the Philippine All-Stars along with the TIP Dance Club each had their fair share of performances before the big OPM acts came out to bring down the house!

Of course, the night wouldn’t be complete without the much awaited performances from Silent Sanctuary, Franco, Gloc 9, and yes, Parokya Ni Edgar who played and sang their greatest OPM hits which made everyone feel the vibes the TELUS International Philippines way. To cap off the night, DJ Nina Saputil and DJ Ace Ramos brought their beats to the grounds. 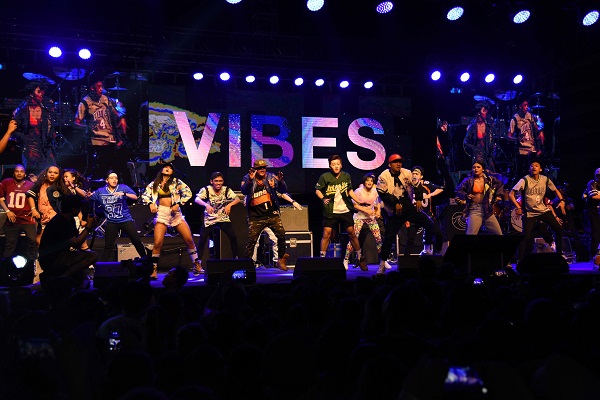 To know more about TELUS International Philippines, you can visit www.telusinternational.com.ph.