Ten exceptional individuals who have made remarkable contributions and impact to eradicate the HIV and AIDS epidemic in the Philippines and Asia were awarded with the first-ever Ripple Awards during the Love Gala, a World AIDS Day commemoration and charity event on December 1.

The 10 Ripple Awards 2017 winner include a Philippine senator, a veteran health official, medical and media practitioners, a transgender philanthropist, people living with HIV and community advocates, and were honored in a ceremony held at the BGC Arts Center for their outstanding efforts and initiatives.

The winners were selected from a pool of twenty (20) finalists, collectively known as Ripplers, who were nominated by the public and deliberated by top caliber HIV practitioners and advocates who sat as panel of judges, including high-ranking UNAIDS and World Health Organization officials. Criteria for judging centered on their vision for the advocacy and the effectiveness of their initiatives to create ripples of positive change among communities vulnerable to the HIV and AIDS epidemic.

This year’s winners received the first-ever Ripple Awards trophy, designed by transgender conceptual artist Tokwa Penaflorida, and which was made from seven glass plates that evoke the aura of a person releasing positive energy to other people to inspire them to make better and informed choices, and to counter the stigma attached to HIV and AIDS. 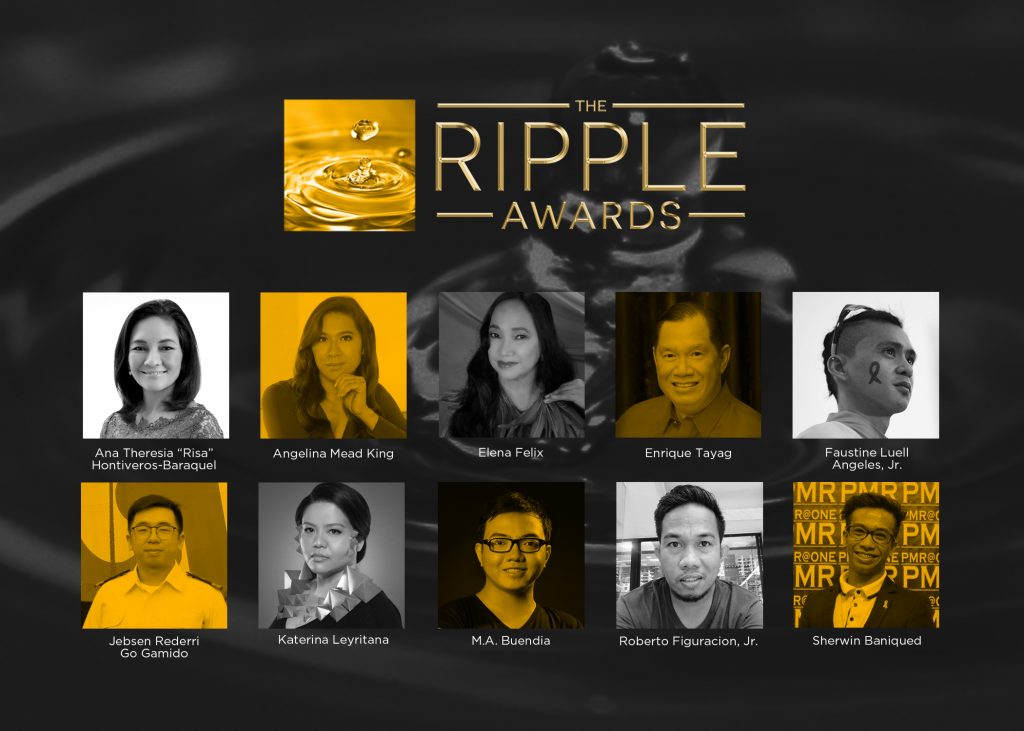 Faustine Luell ‘Paji’ Tupas Angeles (PLHIV, Youth): This 29 year old sports enthusiast and social media influencer founded the Pedal for HIV in 2015 as a vehicle to spread awareness. Paji used his passion for sports to promote HIV advocacy and reduce stigma towards people living with HIV through cycling and running events. He is also a member of the International Aids Society, a community of scientists, advocates and policy-makers revolutionizing the global AIDS advocacy.

Sherwin Baniqued (PLHIV, NGO, Youth): Sherwin is a selfless young individual who left his job to devote himself for the HIV advocacy. He established the Juan Posi+ive Movement in Pampanga, which caters to education, treatment, care and support to people living with HIV and their affected family members. He is also a life coach at the Department of Health-Region III.

M.A. Buendia (Influencer, Media & Advertising): This BPO agent literally uses the airwaves to increase his listener’s HIV awareness as he anchors the advocacy talk show, Call Center Radio that airs every Sunday morning on DZRJ 810AM. M.A. also takes advantage of the online platform (i.e., Youtube, Facebook and Twitter) to influence netizens about the HIV advocacy. Apart from creating video blogs and other contents, he also gives motivational talks in different schools, universities, and organizations.

Ana Theresia “Risa” Hontiveros-Baraquel (Government): Senator Risa was responsible for major contributions in the passage of relevant laws in health and gender equality. Currently, the senator helped in authoring the Senate Bill 1390, which will improve access to HIV prevention services including sex education and HIV testing. Looking ahead, Sen. Risa’s Senate Bill 376 Phil. HIV-AIDS Policy Bill also aims for developing new strategies and policies in curbing the AIDS epidemic in the country.

Jebsen Rederri Go Gamido (PLHIV, NGO): A professor and breadwinner of his family, Jebsen, together with his 8 co-founding members, established in 2015 the Positibong Marino Philippines, Inc. (PMPI). As a network of PLHIV seafarers in the Philippines, PMPI endeavors to promote a coordinated and unified response and initiative on various advocacies for PLHIV seafarers, their affected families, and the maritime industry. It defends the rights of PLHIV seafarers who find difficulty in getting employment due to their HIV status.

Enrique Tayag (Government): The spokesperson and dancing doctor of the Philippine Department of Health, OIC-Assistant Secretary Tayag is a public health expert, particularly on “epidemiology” that covers topics on sexually transmitted infections. He has been actively involved in developing policies and guidelines, setting standards for disease surveillance, and advocating disease prevention and control. He contributed greatly in the creation of the national Integrated HIV Behavioral and Serological Surveillance and the monthly HIV/AIDS and ART Registry of the Philippines, which were utilized for planning and developing strategies and interventions to address the HIV problem in the country.

Katerina ‘Doc Kate’ Leyritana (NGO, Medical): A physician for infectious diseases, Dr. Kate is one of the founding Board Directors and the Medical Director of Sustained Health Initiatives of the Philippines, Inc. (SHIP), a one-stop shop alternative treatment option for people living with HIV (and other sexual health diseases). From roughly 30 patients in 2013, SHIP now has more than 800 PLHIV enrollees. Apart from being an HIV physician, she is also an HIV researcher, program developer and policy development advocate.

Elena Felix (PLHIV): Being one of the organizers of the Association of Positive Women Advocates Inc., Elena mentors a new breed of leaders for women living with HIV. Part of her response to the epidemic is actively pushing for amendments in the AIDS Bill by collaborating with the Network to Stop Aids Philippines. She gives a face to women living with HIV in the Philippines.

Roberto Figuracion (NGO): Robert is the HIV Coordinator of the Family Planning Organization of the Philippines-Unicef in Iloilo, bringing the HIV advocacy to schools and communities within Region VI. The Family Planning Organization of the Philippines has 15 active organizational chapters with 17 community health care clinics nationwide, offering integrated package of essential services on family planning and reproductive health. 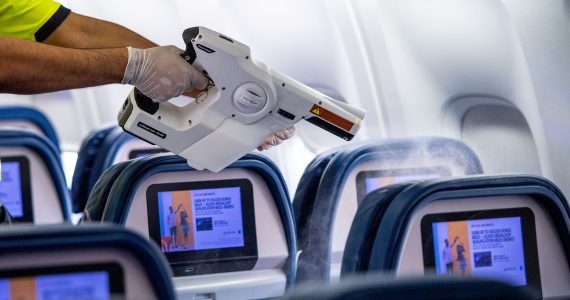