Christmas is one of the most anticipated seasons for Filipinos wherever they are in the world and the countdown begins as soon as the ber months set in.  From home decors to huge counters at Philippine establishments, the anticipation is evident.

Banking on this excitement for the Christmas season and consistent with the largest multi-media network in the Philippines, ABS-CBN’s “Just Love Ngayong Pasko” Christmas campaign, ABS-CBN The Filipino Channel (TFC) in the Middle East recently gifted Filipinos in the Middle East with two-back events that brought holiday cheer and the company of celebrities who could be family or Kapamilyas. 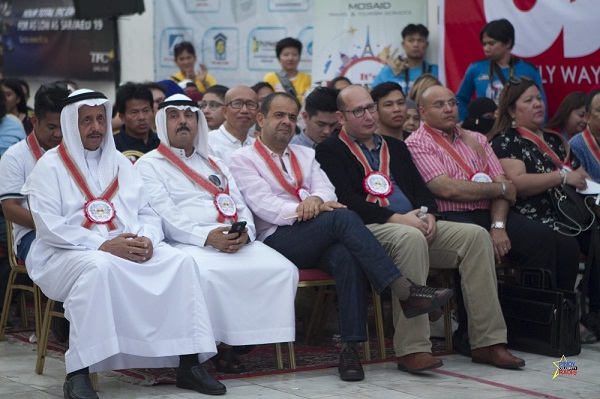 On December 1, the much-anticipated Filipino Community Day (FCD) of the Saudi Arabia Hiligaynon, Incorporated (PINAS-SAHI) brought the long tradition of bringing Filipino culture by way of entertainment at its 23rd installment. With the provision of a platform for Filipino talents as part of its mission, TFC brought the 25th anniversary of ABS-CBN talent arm and sister company Star Magic at the annual celebration in Al Shola Beach Resort Tourist Village, delivering one of its prime stars Dance Heartthrob Enchong Dee and well-loved comedian Chokoleit to celebrate over two decades of PINAS-SAHI as well as of honing talent via Star Magic 25 Fans Day.

Dee, clearly a crowd favorite at his TFC performances, immediately got the audience’s attention and undivided attention as he performed part-Filipino and international act Bruno Mars’ “Uptown Funk” where he gave his all. Dee, a multi-talented actor-singer-athlete back in the Philippines, sang his iconic hits “Chinito Problems” and “Di Ko Alam” (I Don’t Know). The heat intensified as he joined the kabayans off stage. At one point, he got lost in the moment and in the crowd, much to the delight of this adoring fans.

One of his beloved fans is Instagram user Mitch Chelle Chelle who could not contain her excitement, vowing to keep the memories alive literally. “Enchong Dee is good-looking.  I will cherish this and will not wash my hands that held him.  Thank you, Star Magic”, Mitch beamed.

Chokoleit, a comedian best known for his iconic role in one of the first fantaseryes “Marina” and who has become a well-known comedian, actor and TV host since then, took care of the comedy that day. 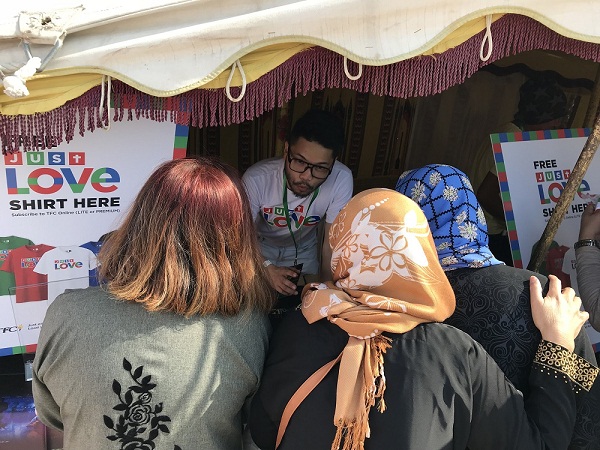 Filipinos from Dammam and nearby cities came to see TFC’s much anticipated hour at the annual event, weathering both distance and time just to see their Kapamilya stars. According to Janu Orcales dela Rama Jr. it it was all worth it.  On his Facebook account he said: “Ang saya kahit puyat, punta pa rin diyan (“Despite the lack of sleep, I still went on ahead and enjoyed).”

PINAS – SAHI President Ed Cataluna is grateful that the event continues to be a much-anticipated event and TFC, a perennial partner since 2005.  Cataluna proudly mused: “Thank you for the confidence and trust in us.  We did it again with flying colors. Maraming salamat.”

The next day, TFC brought the early Christmas celebrations to Jeddah via the OFW Pasasalamat as part of the OFW Month Celebration at the Philippine Consulate in Jeddah.  True to the event’s tagline, “Ultimate Fan Saya”, the event did not only showcase the world-class Filipino talent but also our community spirit or bayanihan.

In honor of the Pinoys who equally deserved the limelight as world-class Filipino performers such as Dee and Chokoleit, the Philippine Consulate in Jeddah, anchored on the OFW Month Celebration, recognized Saripada Dawood Balindong for saving a Saudi national even while locals cautioned him on his safety and assured him that help was on its way.  Inspired by the #Just Love Ngayong Pasko station ID of the campaign, which honored unsung heroes for their good deeds via personal notes from thankful fellowmen, Dee read Balindong a letter, recognizing his selfless act for fellowmen, discounting both cultural barriers and even his own safety. 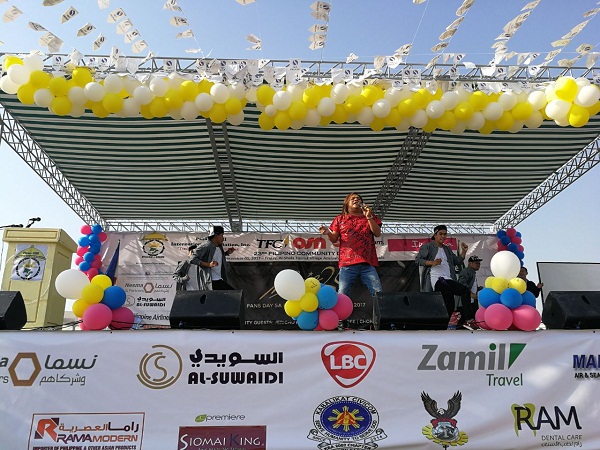 For both Star Magic 25 Fans Day at Filipino Community Day and Ultimate Fans’ Day as part of the OFW Month, ABS-CBN Middle East Officer-in-Charge Joseph ArnieGarcia was proud to share that the partnership between TFC, PINAS-SAHI and the Philippine Embassy in Jeddah remains as strong and continues to make history in each installment.  He adds that what makes this year’s back-to-back celebration one for the books was how the Filipinos continue to look forward to each event where TFC is part of.  “I’ve been with ABS-CBN Middle East for most of its years of service and I can say that I personally witnessed that no matter how different each year’s offering was, the warm reception continues, and I must say, keeps on growing.  We thank our kabayans (fellowmen) and all our dedicated partners for the trust and support and assure you that ABS-CBN shall always be the vanguard in serving our modern-day heroes in the Middle East.” 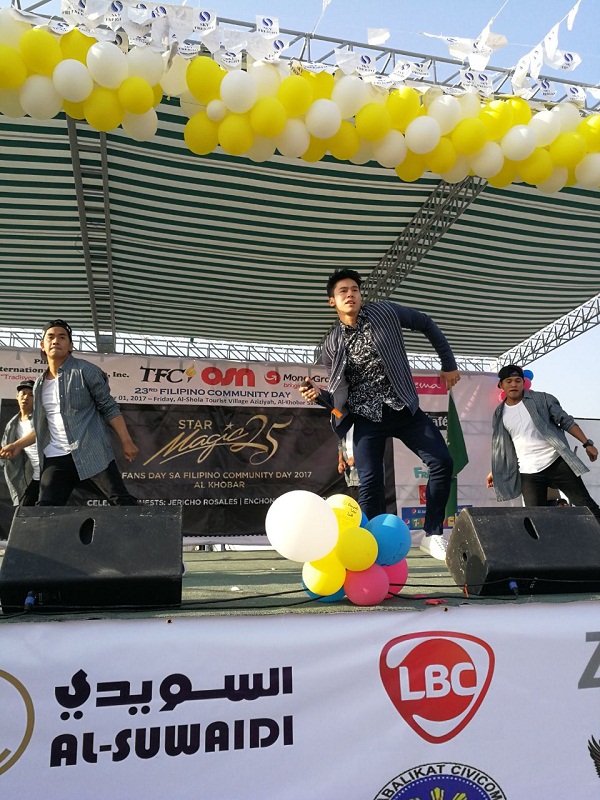 Truly, love comes for fellowmen in many forms and is best felt and shared during this season. TFC and partners PINAS-SAHI and the Philippine Embassy in Jeddah treasure this Filipino value and assure their fellowmen in the Middle East of more avenues to spread the love.