New Zealand electro-pop princess, Theia, has released her debut self-titled EP today. The 6-track EP is available for download via iTunes and is also available for streaming on Apple Music and Spotify.

The six songs that make up the EP stand alone as individual pieces of work – well-crafted with meaningful lyrics and infectious melodic hooks. And yet side-by-side, they come together as a complete body of work showcasing Theia’s knack of seamlessly blending genres and taking the listener on a journey. The EP captures a young artist at a career-defining moment in time and establishes Theia – who takes her name from the Greek Goddess of light – as a rare talent with a bright future ahead of her.

“I wrote the songs on this EP over a period of months, and I have been sitting with them for some time, so I’m excited to finally be releasing them to the world as a collection. The songs are all very dear to me and although they’re all written about personal experiences, I hope that people hear them and take their own meaning from them,” says Theia, who was recently invited to perform at the prestigious MUSEXPO in Los Angeles. 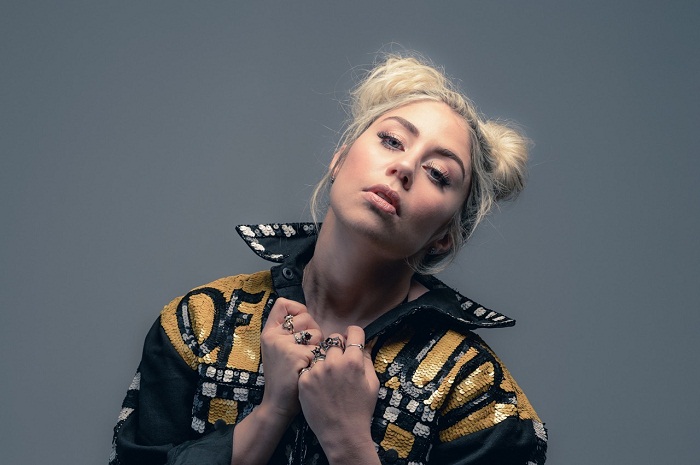 Theia (Em-Haley Walker) burst onto the music scene in 2016 with her break-out smash hit “Roam”, clocking more than 8.3 million plays on Spotify to date and charted on the Spotify Global Viral Chart in the US, Australia, Malaysia and New Zealand. Produced by Josh Fountain and recorded at Golden Age studio in Auckland (the same studio where Lorde made the Pure Heroine album), the electro-pop anthem dominated the airwaves in New Zealand, holding #1 spot for seven consecutive weeks.