Vivo 5th in the 2016-2017 Leading Global Smartphone Brands officially unveiled a first-of-its kind selfie-centric smartphone in the Philippines last September 20 at the classy Marriott Grand Ballroom. Well-attended by the who’s who of the business, media, and celebrity scene, the V7+ launch was also the night Vivo welcomed the newest members of the Vivo Family the brand’s most influential endorsers. 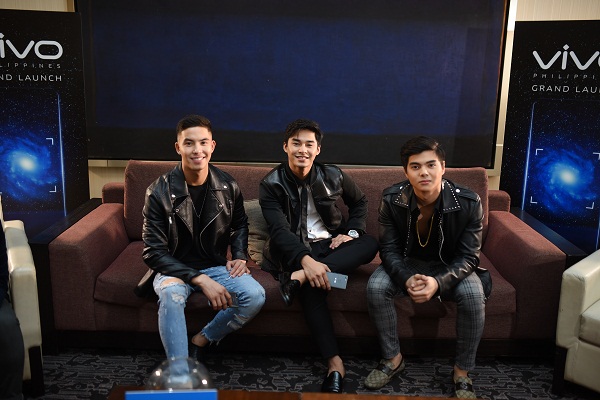 The attendees of the Vivo’s V7+ unveiling were thrilled to witness the Vivo Family grace the event in a wondrous fanfare. The pioneer batch of the Vivo Family were all present in support of the launch: Heartthrobs Tony Labrusca and McCoy De Leon, child star turned telenovela star Andrea Brillantes, singer-song writer TJ Monterde, Star-struck Kids discovery Paul Salas, and The Voice Kids runner-up Sassa Dagdag. 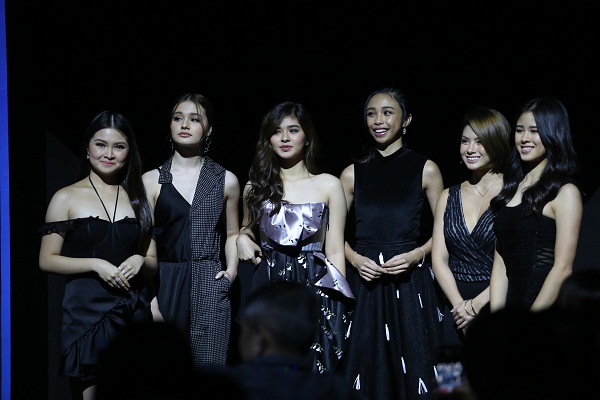 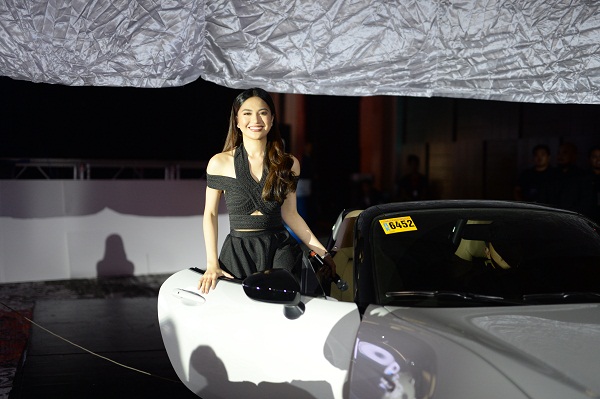 The already ecstatic crowd was blown away when the three biggest Vivo influencers were revealed, riding dashing top down sports cars. Pop singer and actress Julie Anne San Jose charmed the crowd in her sleek black number while love birds on and off screen and topnotch movie and tv talents Kathryn Bernardo and Daniel Padilla sent fans flocking to them as silver confetti rained over the festivities. 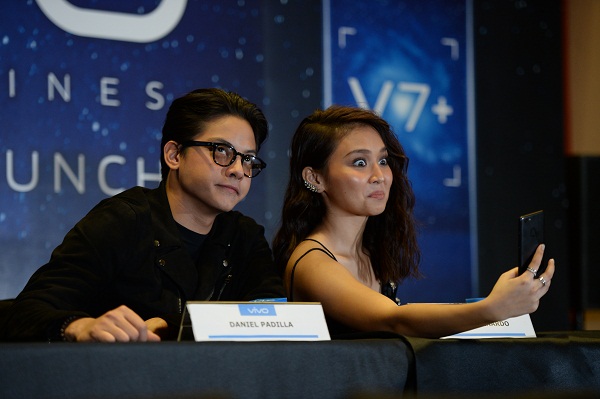 The V7+ is Vivo’s latest top-of-the-line flagship smartphones boasting of a 24MP front-facing, all-screen camera which produces clearer shots and a 5.99 inch all-screen display, improving the user’s visual experience and gives an edge to mobile gaming. It also equipped with the new Smart Split 3.0 feature designed for convenient multi-tasking. The Vivo V7+ runs on Qualcomm octa-core processor with 4GB of RAM. 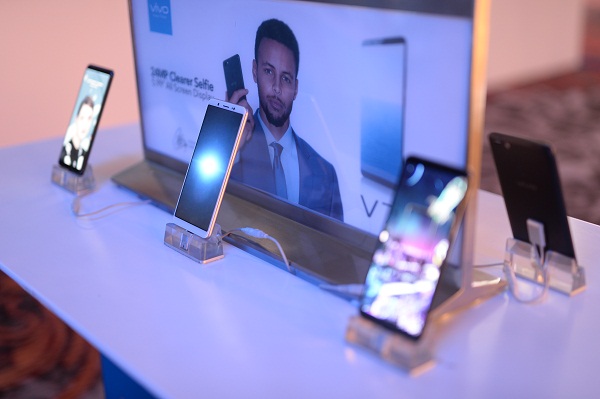 It is available for pre-order at Lazada for a reasonable price of only Php 17,990.00 and in colors Matte Black and Champagne Gold.