2018 is an exciting year for the Asian Artists Agency. The past year was blessed with awards/recognitions, television and movie projects, endorsements, record deals, concerts, corporate shows, and travel opportunities.

This year, AAAI artists are totally active and their presence are everywhere from mainstream to social media.

First on the list is King of Talk Boy Abunda who keeps his guests on their toes as they take the hot seat and engage in a lively conversation on The Bottomline with Boy Abunda and Tonight with Boy Abunda. He is also deep into writing his third book, a follow up to the best seller It’s Like This. 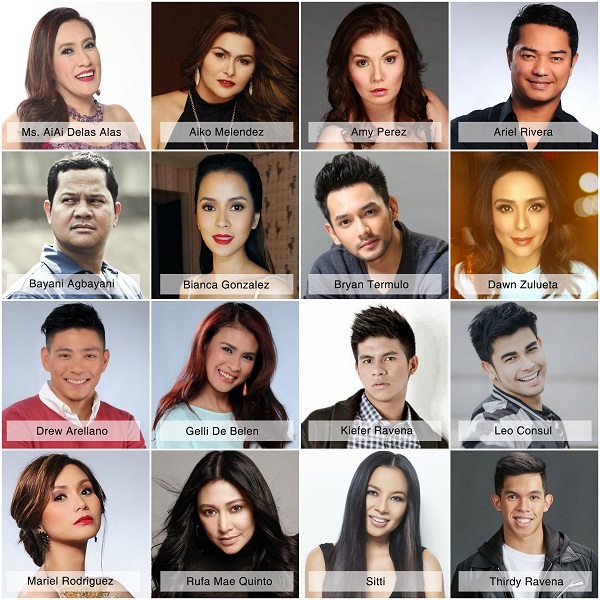 Aside from her endorsements, Bianca Gonzalez is busy hosting Cinema News and Modern Living on ANC. Drew Arellano takes viewers to exciting journeys here and outside the country in Biyahe ni Drew while he shares interesting facts and trivia on his show AHA! Amy Perez is busy with her DZMM radio program Sakto (with Marc Logan) and ABS-CBN television shows Umagang Kay Ganda and It’s Showtime. Mariel Rodriguez-Padilla is preparing for her much-awaited comeback on television. Heartthrob Leo Consul is excited for his big project as the lead actor in his first Indonesian movie Bukan Jodoh Biasa. He also recently signed up with Star Music and will soon release his debut single, a cover of Yeng Constantino’s hit song ‘Ikaw’ rendered in a mix of Filipino and Bahasa, which will be released in Manila and Indonesia.

AiAi Delas Alas continues to spread laughter and joy with Sunday PinaSaya and Bossing and Ai (together with Vic Sotto) and is currently taping her new series Sherlock Jr. on GMA 7. Aiko Melendez gets rave reviews for her explosive performance as the villainous Emilia Ardiente in the hit tv drama series Wildflower on ABS CBN. Ariel Rivera plays Jacob Montecillo in the teleserye Hanggang Saan. After appearing in the movie Meant to Beh, Dawn Zulueta is now busy reviewing scripts for her next project. Gelli de Belen recently played the aunt of Daniel Padilla in La Luna Sangre and now considering other various offers on television and movies.

Get ready for a dose of musicality as you listen to the soothing voice of Sitti. Aside from various gigs, she is busy finishing the remixes of her latest album Electro Sitti. Handsome balladeer Bryan Termulo is promoting his new single titled ‘Agwat’ released under Ivory Music & Video. He will have a series of Pagcor shows with Rufa Mae Quinto.

Bayani Agbayani never fails to make people laugh in I Can See Your Voice and is currently taping for the upcoming teleserye Sana Dalawa ang Puso topibilled by Robin Padilla, Richard Yap, and Jodi Sta. Maria. Rufa Mae Quinto is happy and grateful for her shows Home Sweetie Home on ABS-CBN and Kalye Wars on Cignal TV. She will return in the live scene via a series of Pagcor shows with Bryan Termulo.

Brothers Kiefer and Thirdy Ravena are busy shooting hoops. Kiefer dribbles for the NLEX Road Warriors of the Philippine Basketball Association while Thirdy is with Ateneo Blue Eagles and shot his way to UAAP Season 80 Finals MVP. He is being eyed as part of the roster of Gilas players for the 2023 FIBA World Cup.

Chef Anton Amoncio had a memorable experience participating in a chef exchange program by the Canadian Beef Centre of Excellence held in Calgary, Canada. He is working hard whipping up new recipes for his YouTube channel Anton’s Food Corner. 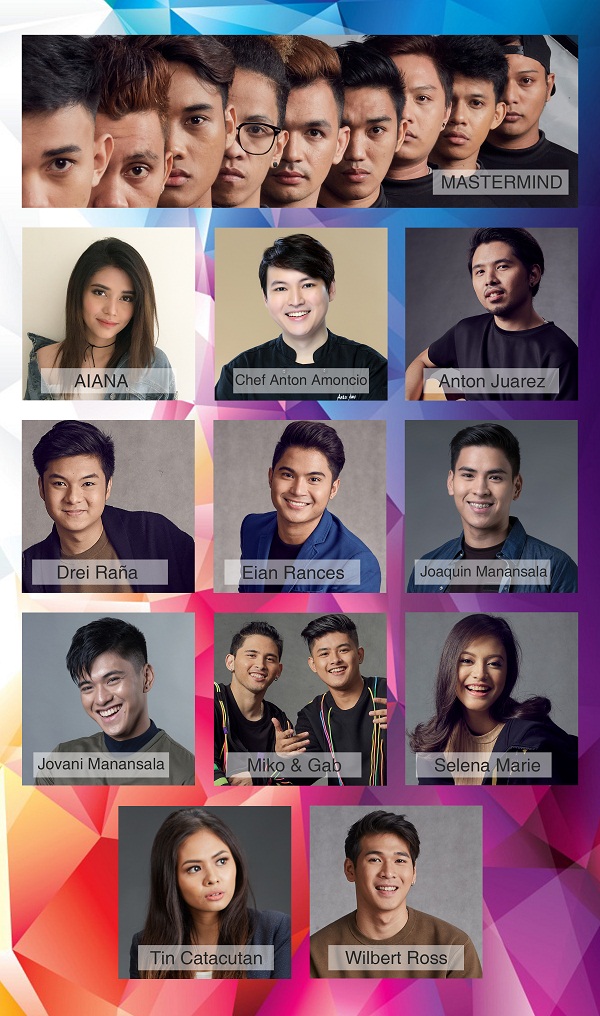 The new generation artists of AAAI are also making waves in the entertainment scene. Aside from corporate shows, Hashtag member Wilbert Ross is a regular fixture on It’s Showtime. Miko and Gab, the singing duo behind the hit single Hugot, are busy promoting the song and are set to record their follow-up single. Aiana Juarez has viral covers of Titibo-Tibo by Moira dela Torre, Dahil Sa ‘Yo by Iñigo Pascual, and Perfect by Ed Sheeran, Havana by Camila Cabello, and Wolves by Selena Gomez, Marshmello. Selena Marie, dubbed as the Ukulele Girl, entertains at Centris Walk Open Grounds all Fridays of January at 7pm. She has covers of How Far I’ll Go, Versace on the Floor, Isn’t She Lovely, Your Love, and Somewhere Over the Rainbow, among others. Tin Catacutan and Eian Rances are your trip companions in the upcoming mystical travel show on ANC. Eian is also gearing up for his first movie under Star Cinema. Singer-songwriter Anton Juarez is producing a song for the girl group 4th Impact. He is being groomed as the next hitmaker in the country. Joaquin Manansala has signed up with GMA Artists Center while his brother Jovani is enrolled in Advanced Acting Workshop of ABS-CBN. They are both active in television commercials. Andrei Raña is honing his musical skills for his upcoming recording.

AAAI is currently training aspiring artists for possible projects in the movies, television, commercials, theater, and other entertainment platforms.