20th Century Fox has just released the first look photo of the much-awaited “The King Who Would Be King”, written and directed by Joe Cornish (co-scribe of blockbuster Ant-Man) stars up and coming actor Louis Serkis in the titular role. 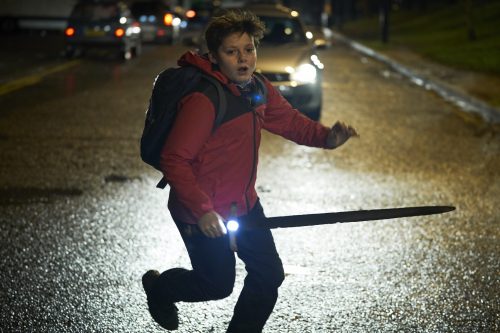 Set for release in the Philippines on March 2019, “The Kid Who Would Be King” is an extremely exciting epic family adventure where old school magic meets modern world. Louise Serkis (son of Andy Serkis and whose recent film credits include Alice Through the Looking Glass, Taboo and Mowgli) stars in “The King Who Would Be King” as Alex, a teenager who thinks he’s just another nobody, until he stumbles upon the mythical Sword in the Stone, Excalibur. Now, he must unite his friends and enemies into a band of knights and, together with the legendary wizard Merlin (Patrick Stewart), take on the wicked enchantress Morgana (Rebecca Ferguson). With the future at stake, Alex must become the great leader he never dreamed he could be.