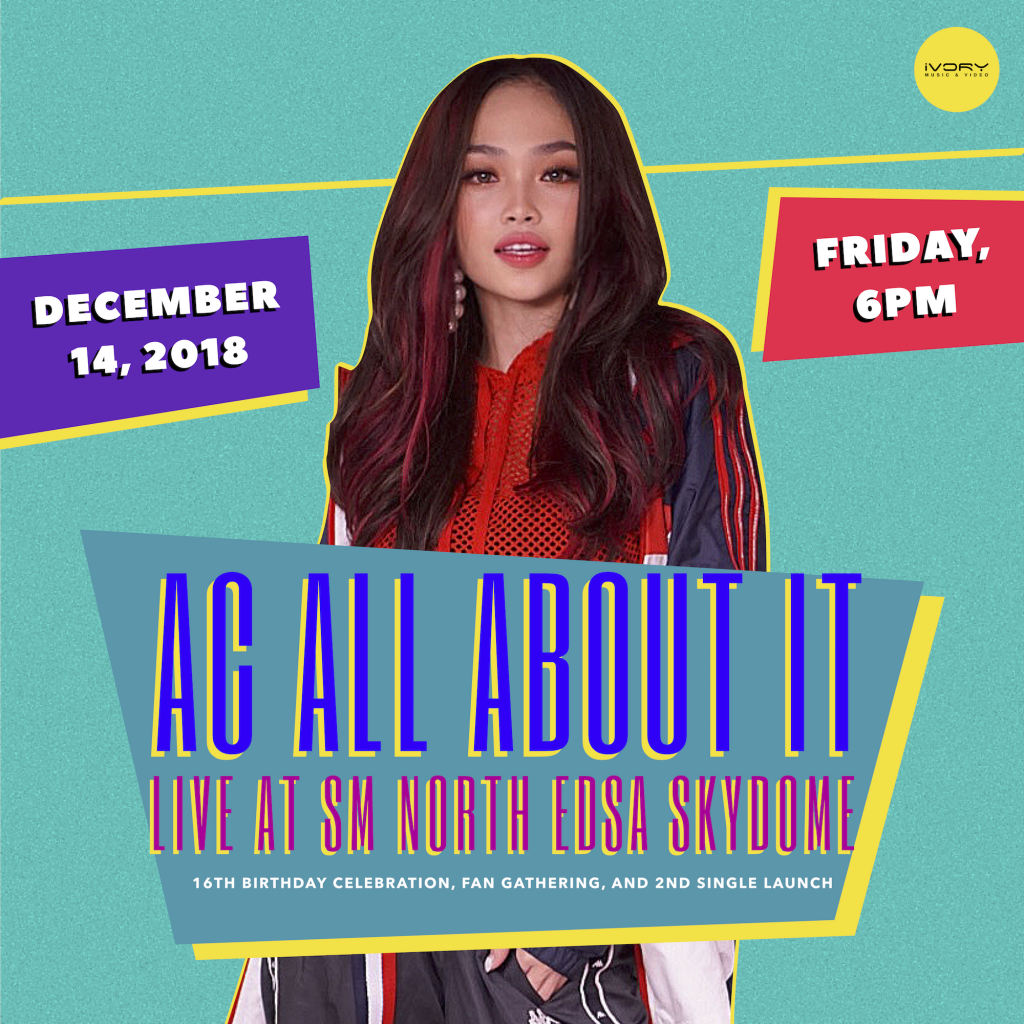 In celebration of their love and support, Dance Sweetheart AC Bonifacio will be celebrating her 16th birthday with her fans this coming December 14, 2018, at the SM North EDSA Skydome.

AC will be showcasing her multiple talents on-stage in her first-ever solo concert entitled AC All About It, joined by some of her friends in the industry. She will also be launching her second single in the event.

AC Bonifacio is known for being the first-ever Grand Champion of ABS-CBN’s Dance Kids alongside Lucky Ancheta in 2016, as well as placing third in Your Face Sounds Familiar Kids in 2017. She has also been featured on The Ellen DeGeneres show and in Ariana Grande‘s concert in Vancouver.

Last May 2018, AC launched her first single entitled Sumayaw, Sumaya under Ivory Music & Video. She is also currently growing her acting career, debuting in Wansapanataym and now part of the cast of ABS-CBN’s drama series Playhouse.

Special guests, ticket prices, and other concert details will be announced in the next few weeks.