For the love of her daughter, a mother takes action into her own hands to help solve the murder of her daughter in this year’s highly-anticipated award-winning film “Three Billboards Outside Ebbing, Missouri”.

An entertaining dramedy featuring an extremely talented cast as Frances McDormand in the lead role, along with Woody Harrelson, Sam Rockwell, Abbie Cornish, Lucas Hedges, John Hawkes and Peter Dinklage, “Three Billboards Outside, Ebbing Missouri” all begins with Mildred Hayes (McDormand) and the three billboards she rents on Drinkwater Road.  Mildred is an aggrieved mother who is strong, determined and raging, yet also broken inside because of what happened to her daughter.   A last stand erupts between Mildred and the small town’s Chief of Police, Bill Willoughby (Harrelson) has failed to solve the murder and left her with no solace.  But the more one gets to know Chief Willoughby, the more it becomes clear that the man Mildred is going to war with is already fighting a private battle.

Directed by Academy Award® winner Martin McDonagh (In Bruges), relates that McDonagh’s greatest challenge was balancing the dark comedy of the story with Mildred’s emotion-driven quest.  He trusted that the humor would be there, black and biting, even as he allowed his characters to reel with anguish over loss, unfairness and the resistance to change. “What’s happened to Mildred’s daughter is so sad and horrific, I felt the most important thing was to keep a rein on the comedy, even on the blackness, and make sure Mildred’s struggle against the hopelessness of the situation maintained itself all the way through, tone wise,” McDonagh says.

“Bill is a decent man who tends to see the best in people,” comments McDonagh.  “In many ways, he’s the archetypal good, small-town cop – but we discover early on he’s not in the best of health, and now he’s facing up to some dark choices and dark realities.  Mildred goes against him for all the right reasons, but he has his own good reasons to act the way he does.” 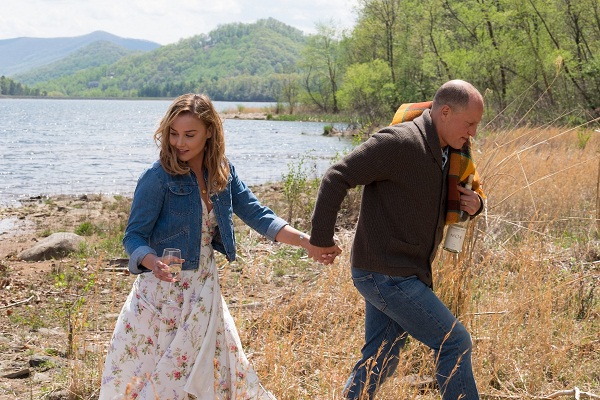 Taking the role of the man who is both Mildred’s sworn enemy and her only hope is two-time Oscar® nominee Woody Harrelson. “We see a different side of Woody in this film, definitely different to what he did in Seven Psychopaths,” McDonagh observes.  “This is a more honest, sadder and realistic character. Woody brought to it not only his great humor but a strong sense of integrity and decency.  The decency of Woody as a man shines through into Willough by and I think that’s why it works so well.” 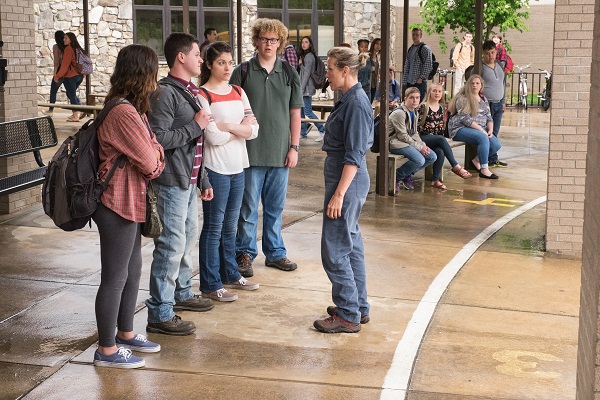 Harrelson wasn’t about to turn down the chance to work with McDonagh again. “I think Martin’s one of the great talents,” he says. “His writing is so fresh, alive and funny but with such pathos and you just don’t find many screenwriters like this.  He’s able to capture things about human relationships and the human condition yet he’s then able to get maximum humor, tension and emotion out of it, too.”

One of the things Harrelson first latched onto for Willoughby was his ability to take all kinds of pressure without relenting to any of it. “He’s under a lot of heat from Mildred and he’s also not well, so he’s got a lot to bear,” Harrelson elaborates. “But what I find interesting about him is that he’s really not an uptight guy.  He’s in the middle of all these cross-hairs but he just keeps going anyway.”

Harrelson also related to in Willoughby is his unwavering devotion to his family, come what may.  “I related strongly to his need to take care of his kids and wife.  And I like that Willoughby really doesn’t dwell on his health problems,” he says. “He’s one of those guys who determines, ‘I’m not going to stop living my life.’ He just refuses to be hamstrung by it.”