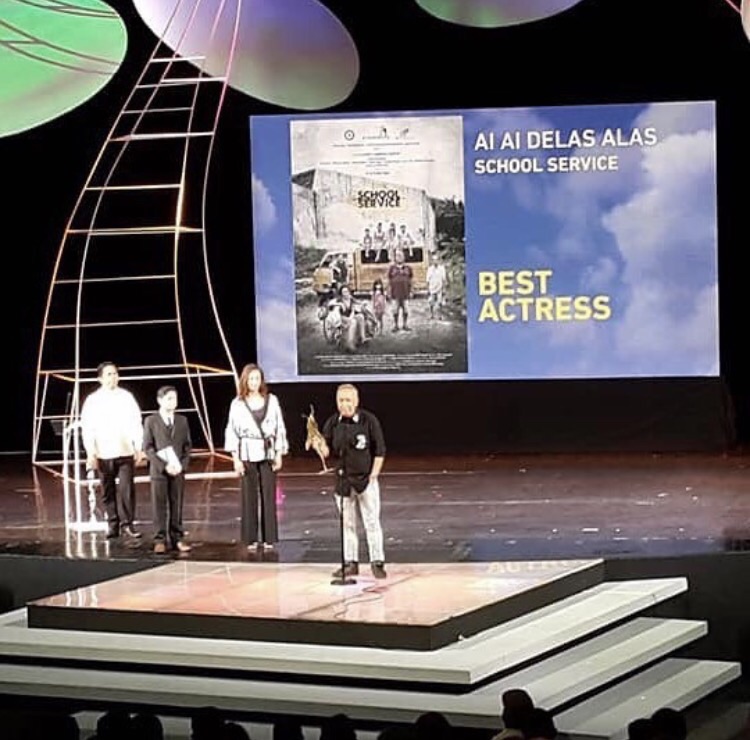 Direk Louie Ignacio accepts the award in her behalf

Ai Ai won for her sterling portrayal of a partially blind wheel-chair bound woman who runs a syndicate victimizing children and then use these children as pawn for illegal activities in the movie School Service. Her director in the movie Louie Ignacio accepted the award in her behalf. 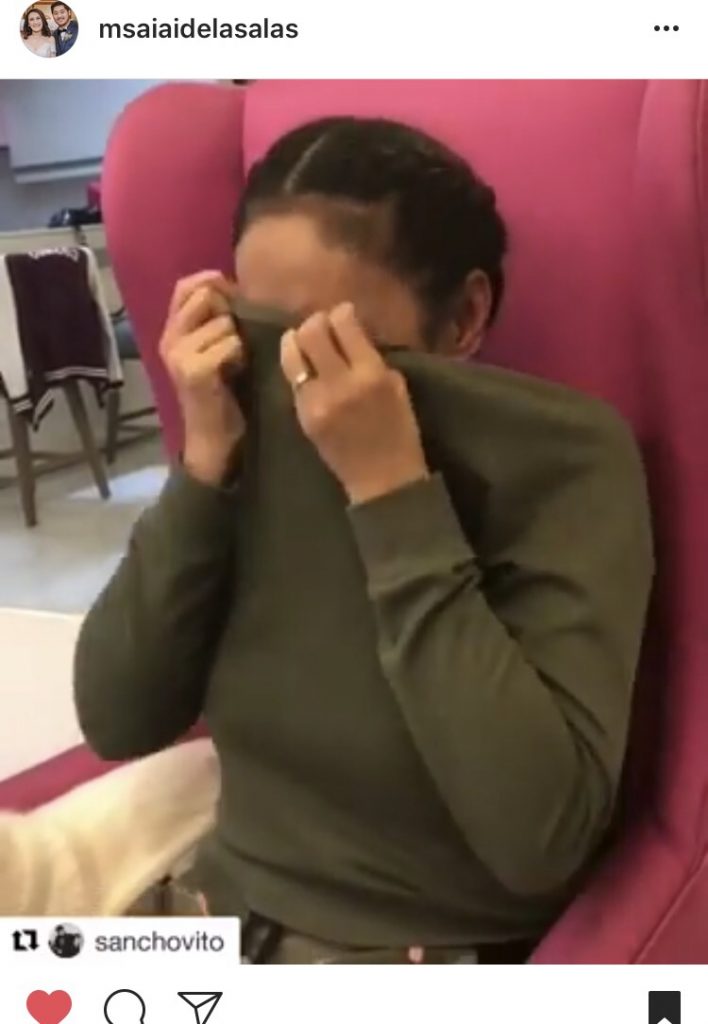 Ai Ai was having dinner with husband Gerald Sibayan when eldest son Sancho broke the news to her. She cried on learning that she won Best Actress.

In her official Instagram account Ai Ai explained, “I was watching The Clash and was analyzing the winners and the others who fought when Sancho said, ‘Mama nanalo ka ng Best Actress?’ Patanong na excited.”

Her initial reaction was to cry. Then it crossed her mind, “Nanalo ba ako? I asked Sancho, totoo ba yan, anak? Sancho said, he was tagged (in a post) by the movie’s director. So naniwala na ako.”