Alex Gonzaga Wants To Change Her Heart In #NakalimutanKoNa

Multi-talented Alex Gonzaga’s “Nakalimutan Ko Bang Kalimutan Ka” serves as her comeback big screen project after “My Rebound Girl” in 2016, in which she starred with Joseph Marco.

The Kapamilya Actress appears in several TV projects (“I Can See Your Voice”, ABSCABS Star Hunt”, “ASAP”) recently received a gold plaque from YouTube for having one million followers on her vlog.

In her latest drama-comedy flick “Nakalimutan Ko Nang Kalimutan Ka”, Alex Gonzaga’s plays Jax Cruz, a broken-hearted girl who remembers her ex-lo through every word and phrase she voices out and considers changing her heart, literally. The now distraught girl walks alone in a bid to forget her past love, which is revealed to be portrayed by fellow Kapamilya actor, Vin Abrenica.

Jaz’s world seems to have stopped every time she remembers all the memories of her past with her ex-lover. In a quest to forget their moments together, she turns to Doctor Rolex (portrayed by veteran comedy actress Candy Pangilinan) and best friend (portrayed by Jerald Napoles) for help.

The movie is full of bittersweet moments and “hugot”, guaranteed to keep you swooning, laughing, and crying as you go along on Jaz’s mission to free herself of the memories. 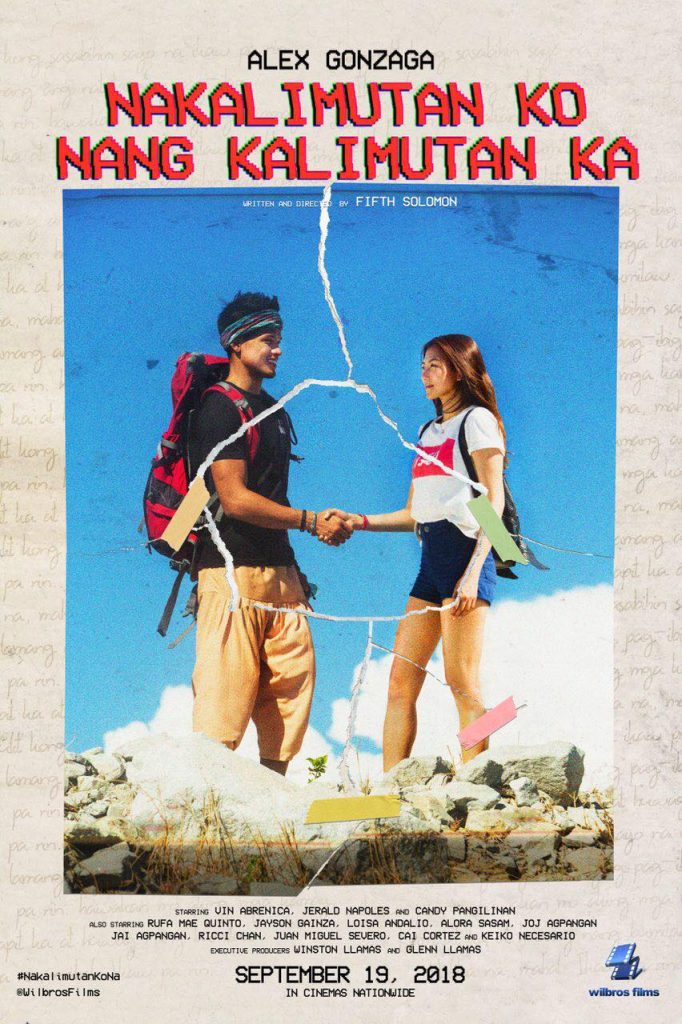