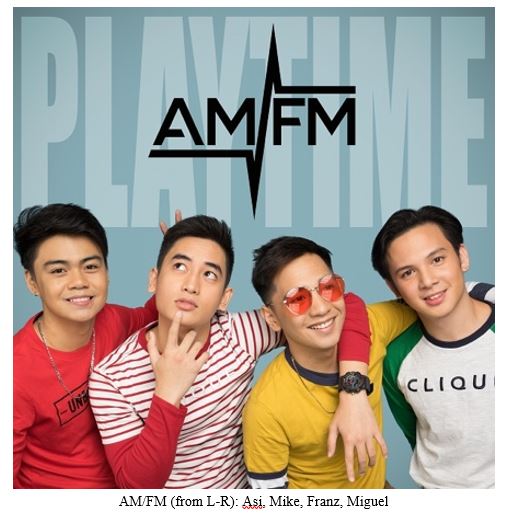 The four members of AM/FM are Asi (Paul Asi Gatdula), Mike (Mike Angelo Escutin), Franz (Franz Dacanay), and Miguel (Juan Miguel Ruiz) who were all past contestants of The Voice Teens Philippines. Each of them may have come from different teams mentored by various coaches, but MCA Music Inc. saw that all four (4) of them together would make for a great singing and dancing boyband, hence the birth of AM/FM.

True enough, the boys did not disappoint and “Playtime” is living proof of their talent. Franz and Mike both composed the song, Asi drops a fire rap verse in it, and Miguel brings it home with heartfelt vocals. The group dynamic and individual strengths are highlighted in just this single alone. In fact, AM/FM takes it up a notch by adding dancing and acting in the mix for “Playtime” as seen in their soon-to-be released music video where VJ Sunny Kim of MYX Philippines plays their leading lady.

The taglish nakaka-LSS pop song, “Playtime”, makes for a great danceable and easily singable bop thanks to the catchy beats produced by Zelijah and repetitive chorus, but do not be fooled by its playfulness as the single is actually inspired by Franz’ personal heartbreak from a girl whom he claims played with his feelings. The single is full of quotable hugot lines starting from the intro, “Kung sino ang unang ma-fall siya ang talo. At umasa ako pero ‘di mo sinalo.” In fact, the song even contains a line from the text message the girl sent to Franz!

Despite its “mahugot” message, “Playtime” is one track that is sure to bring a smile to your face, a swing in your step, a slight sway to your hips, and a bop to your head no matter how many times you listen to it. Listen to “Playtime” here.

For bookings and inquiries, contact MCA Music Artist Management at +639989741162 or email mcabooking@umusic.com. 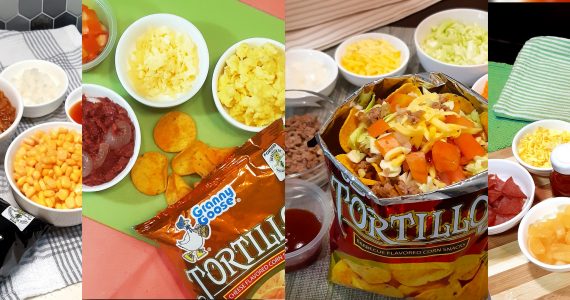 Team Orange 03 Jun 2020 0 comments
Having more time at home, some people are discovering ideas to get creative with their food. And when it comes to snacking, there are many ways to enjoy well-loved chips…

Team Orange 03 Jun 2020 0 comments Events
realme Philippines, lifestyle partner of the youth, joins the much-awaited Lazada 6.6 Bounce Back Sale from June 04 to June 06, 2020, with the prices of its smartphone and AioT…