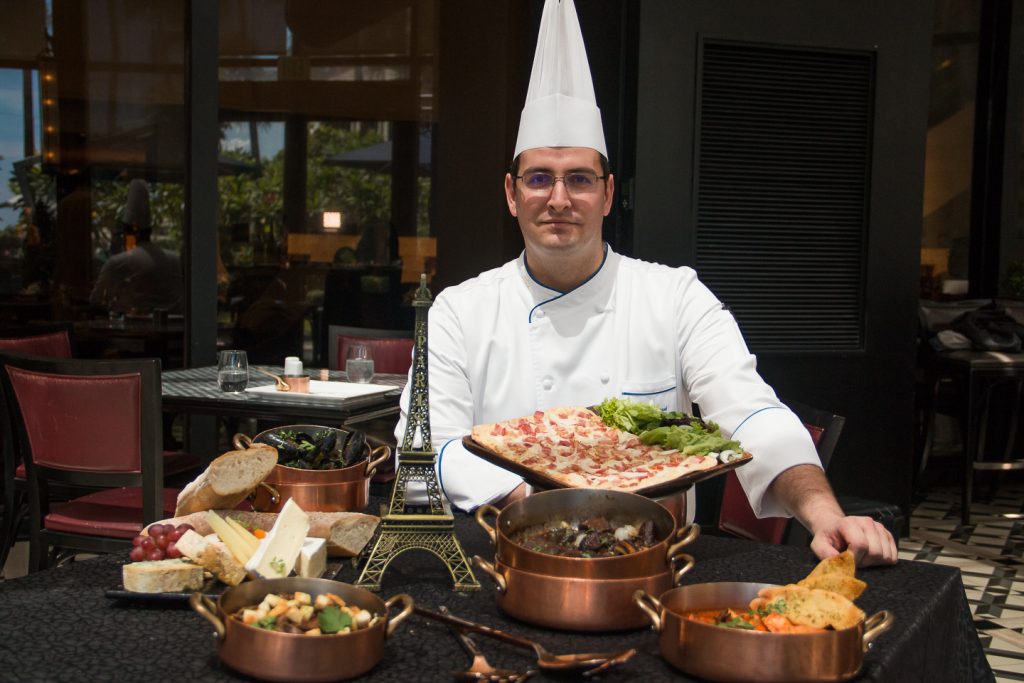 Northwest France marked by Normandy is best known for its apples, which are used to make cider and calvados; seafood such as mussels and oysters; and Norman cheeses like camembert, livarot, pont- l’Évêque, Brillat-Savarin, neufchâtel, petit Suisse and boursin. Its neighboring region, Brittany is well known for its succulent crêpes that dot every street corner.

Northeast France is marked by Alsace and Lorraine, best known for its culinary staples of potatoes, cabbage and beetroot. Smoked bacon is also a signature food item used in traditional dishes in the region such as the rich and flavorful quiche lorraine. Alsatian cuisine, which is heavily rooted from Germanic culinary traditions highlights the use pork as demonstrated in the traditional baeckeoffe, flammekueche, choucroute and fleischschnacka. As a wine region, Alsace is popular for its production of dry Rieslings and recognized globally as the birthplace of the said varietal.

The Bourgogne and Franche-Comté region located in eastern France boasts of culinary treasures including Comté cheese and vin jaune (yellow wine) and local specialties such as smoked ham and sausages. Burgundy is known for the staple, beef bourguignon and is renowned as one of France’s top- producing wine regions. With red and white wine varieties mostly made from pinot noir and chardonnay grapes respectively, it also presents other types of grapes such as gamay, aligote, pinot blanc and sauvignon blanc.

The French Mediterranean region located in the southeast of France is marked by cuisine from Provence Occitania and the island of Corsica. Popular for using fresh ingredients citrus, vegetables, fruits and herbs, Provence-Aples-Côte d’Azur is know for staple dishes such as bouillabaisse, salad Niçoise and ratatouille. Corisca is abundant with goat and sheep hence lamb is traditionally prepared

with dishes such as stufato, ragouts and roasts. Brocciu cheese made from a combination of ewe’s milk and whey are similarly a staple from Corsica.