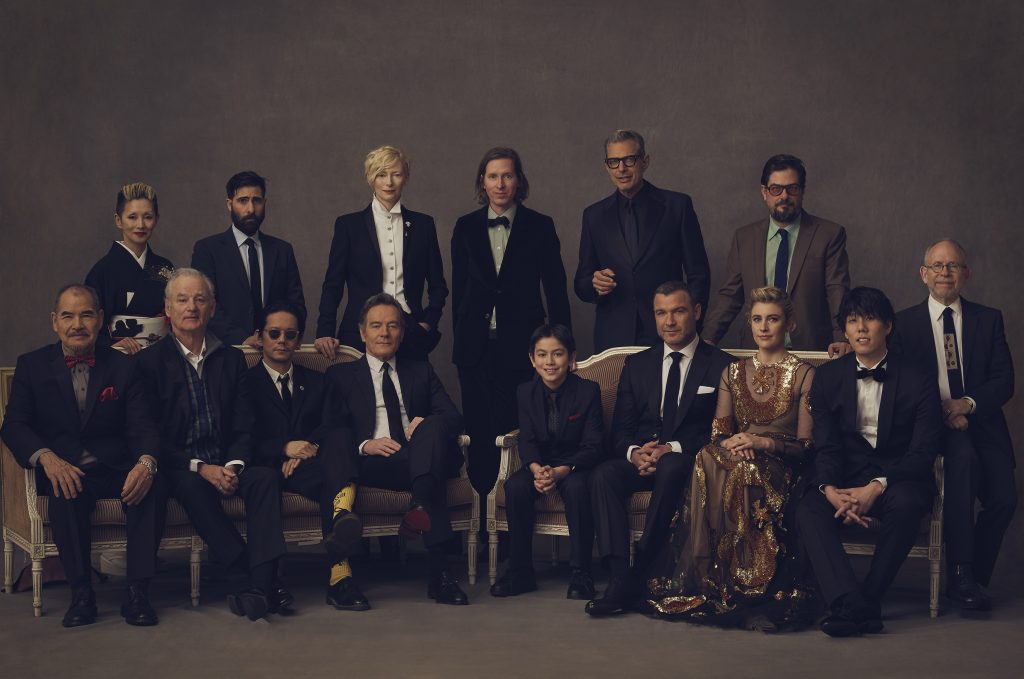 “Isle of Dogs” details the story of Atari Kobayashi, when an outbreak of the canine flu spreads in Japan, by Executive Decree, all the canine pets of Megasaki City are exiled to a vast garbage-dump. a scrappy pack of exiled dogs who’ve banded together to survive makes an amazing discovery: the crash-landing of a little human pilot who will take them on a life-changing journey.

Atari sets off alone in a miniature Junior-Turbo Prop and flies to Trash Island in search of his bodyguard-dog, Spots. There, with the assistance of a pack of newly-found mongrel friends, he begins an epic journey that will decide the fate and future of the entire Prefecture.

Written by Wes Anderson who also directs the film, he detailed the writing process of the film and said that coming up with “Isle of Dogs” was a continuous process, “It’s just always changing and once we reach the end, we start reworking it.”

Considered to be more complex and ambitious than Anderson’s first foray into stop-motion animation with the 2009 hit, Fantastic Mr. Fox. Composer Alexandre Desplat who marks his 4th time working with Anderson in “Isle of Dogs” has nothing but praises for the film.

“It’s an even more ambitious film than Fantastic Mr. Fox and it doesn’t look like anything else you’ve seen. The animation is wild and the amount of detail packed into every frame is astonishing.” Said Desplat.