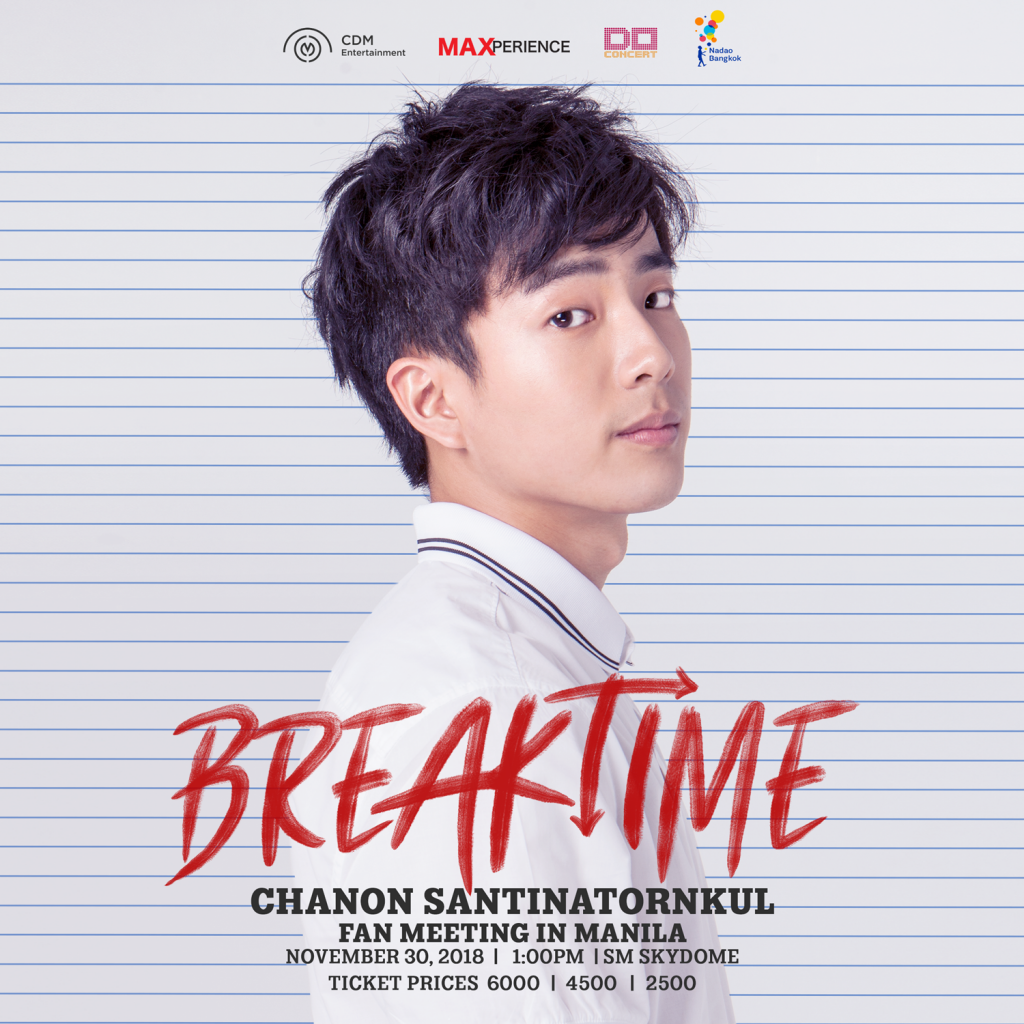 Chanon Santinatornkul is coming to Manila to meet his fans! Take a break with one of Thailand’s most sought after actors in “Breaktime!” on November 30, 2018 at SM Skydome.

More popularly known in the Philippines as Bank from the movie “Bad Genius,” Chanon is a Thai actor best known for his breakthrough role in the 2017 film Bad Genius. He first appeared on TV in 2014’s “Love’s Coming,” and has then starred in several television series including a notable performance in the hit TV series “Hormones 3.” He has also starred in movies such as Patcha is Sexy, Love Love You, and Keetarajanipon. Chanon has also done modelling work and appeared in several TV commercials.

There is no slowing down for this versatile actor as he continues to show his dedication to his craft. On his stop in the Philippines, don’t miss the chance to take part in fun school activities and get to know more about this bad genius. “Breaktime!” will happen on November 30, 2018 at SM Skydome.

Breaktime! Chanon Santinatornkul Fan Meeting in Manila is brought to fans by CDM Entertainment in partnership with Maxperience Entertainment, Do Concert, and Nadao Bangkok. Please stay tuned for more details.