Two-time Academy Award® winner Cate Blanchett stars as Florence Zimmerman, one of the most powerful witches on Earth, in Universal Pictures’ fantasy adventure The House with a Clock in Its Walls where fantastical events occur in the most unexpected places.

The magical adventure tells the spine-tingling tale of 10-year-old Lewis (Owen Vaccaro) who goes to live with his uncle, Jonathan (Jack Black) in a creaky old house with a mysterious tick-tocking heart. But his new town’s sleepy façade jolts to life with a secret world of warlocks and witches when Lewis accidentally awakens the dead. 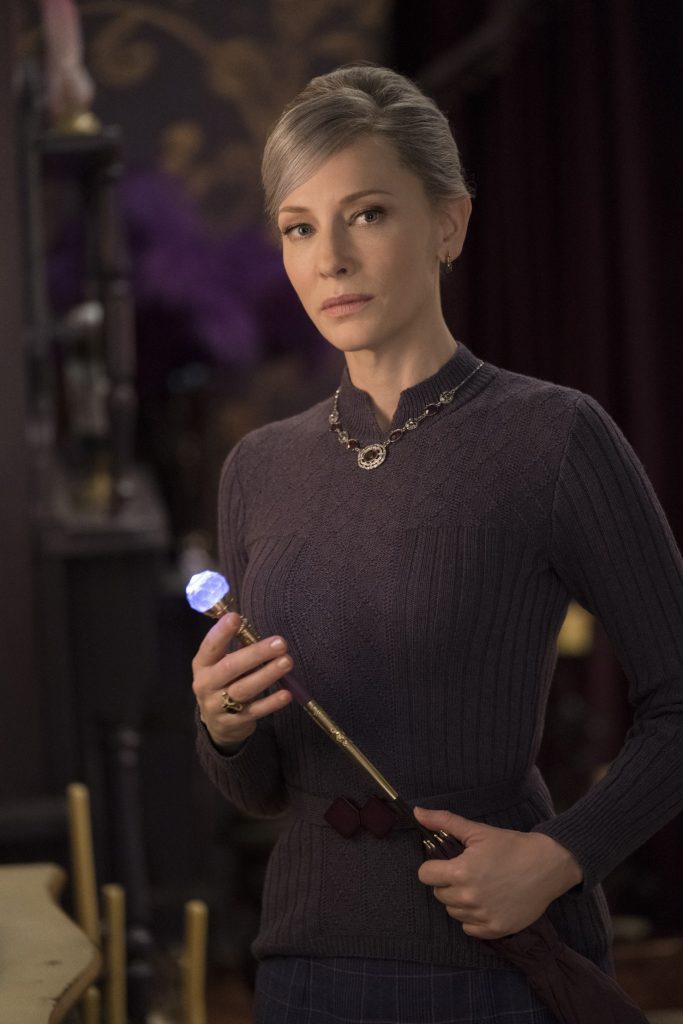 Cate Blanchett plays Mrs. Zimmerman, a brilliant witch with a tragic past, in “The House With A Clock in Its Walls,” the spine-tingling, magical adventure of a boy who goes to live with his eccentric uncle in a creaky old house with a mysterious tick-tocking heart. Based on the first volume in the beloved children’s series of books, the film is directed by master frightener Eli Roth.

Known for a body of dramatic work, Blanchett has also stunned audiences with her darkly comedic chops in films such as Thor: Ragnarok. Shares director Eli Roth: “When you ask, ‘Who’s the greatest actress in the world? People say, ‘Cate Blanchett, Meryl Streep, Judi Dench.’ That’s it. I’m so excited because I haven’t seen Cate do a role like this. I feel like she’s had fun in classic roles like the wicked stepmother in Cinderella. She’s so thoughtful, careful and meticulous, and she was excited to create this incredible role.”

The performer appreciates Roth’s eclectic aesthetic, and offers that the director was one of the primary reasons she decided to join the production. “What I love about Eli is that he didn’t just come at the story from one perspective,” says Blanchett. “He has incredibly electric tastes, and I felt like he didn’t shy away from the danger and excitement. But he was also able to bring such heart to the film.”

Blanchett agrees with her collaborators when she discusses her appreciation of the themes and humor in Clock, ones that speak to the entire family. “In the best possible way, it’s a family film,” she gives. “It is genuinely scary. It’s a privilege to sit there as a parent and hold your child’s hand and say, ‘We’re going on this rollercoaster together.’ I’m always disappointed when I go and see a children’s film and feel the jokes are for me. This film is a sophisticated, dark, heart-rending, hilarious, surprising journey, and that goes back to the heart of the novel.” 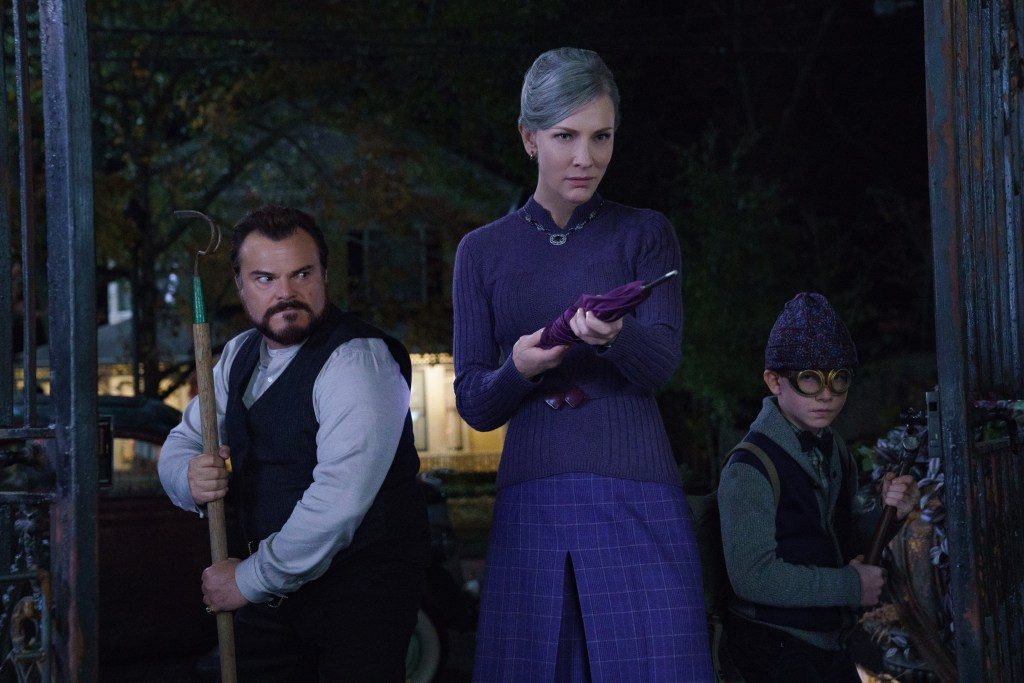 Uncle Jonathan (Jack Black), Mrs. Zimmerman (Cate Blanchett) and Lewis Barnavelt (Owen Vaccaro) face down some dark magic in “The House With A Clock in Its Walls,” the spine-tingling, magical adventure of a boy who goes to live with his eccentric uncle in a creaky old house with a mysterious tick-tocking heart. Based on the first volume in the beloved children’s series of books, the film is directed by master frightener Eli Roth.

While the audience grows to learn more about the reasons for Mrs. Zimmerman’s “stuck magic,” when Lewis meets the character, all he understands is that she has somehow broken her magical abilities. Blanchett comments on where we find her: “She’s encouraging Lewis and Jonathan to step up to the plate, to embrace who they really are. Still, she needs their encouragement to do that herself. The beautiful thing about this film is that not one of these characters can tackle this problem by themselves. They need each other to do it.”

Black was duly excited about Blanchett’s casting, and he remains appreciative of their time on set together. “The idea of working with Cate was exciting and daunting,” he states. “I told everyone I knew I was working on a Cate Blanchett movie; I think she’s the best actor in the world. Blue Jasmine is one of the best performances of all time.”

“Jonathan and Florence have been long connected through their love of magic,” adds Blanchett, “but also a mutual respect. They bicker and fight like George and Martha from Who’s Afraid of Virginia Woolf. But they have a deep love of one another, and they understand each other’s foibles—as well as the pain that they’ve both experienced. There’s a great love between them, as much as they tussle with one another.”

In Philippine cinemas September 19, The House with a Clock in Its Walls is distributed by United International Pictures through Columbia Pictures.