Sometimes first meetings can mean everything for the relationship. Lucky couples felt rainbows, butterflies, and all other romantic (sometimes comedic) feelings of joy. For others, it was luckier that first impressions didn’t last.

SAMSUNG invited celebrity couples to share their best memories together. This challenge kicked off with each pair talking about their first encounter. The entertaining and relatable stories they’ve posted teach everyone that one never knows what will cause that first spark. Here are some of the highlights. 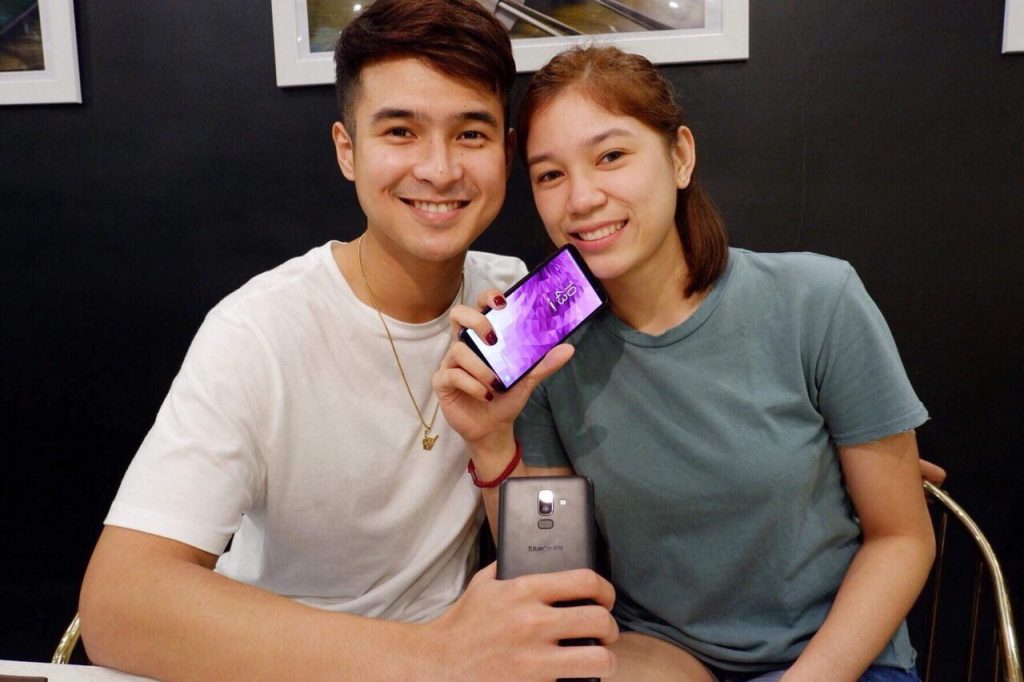 The way to the heart is through the stomach

For volleyball star Mika Reyes and actor Jerome Ponce, their first date conversation led them to a mutual love for Korean cuisine.

“One of our topics was our food preferences, like if we’re both mahilig sa (interested in) certain food or not,” says Mika in her Instagram post. The two now go hopping from one Korean restaurant to the next. “Mapa-slim or mapa-chubby, basta hindi hungry (Whether we become thin or chubby, as long as we’re not hungry)!” says Jerome in his post. 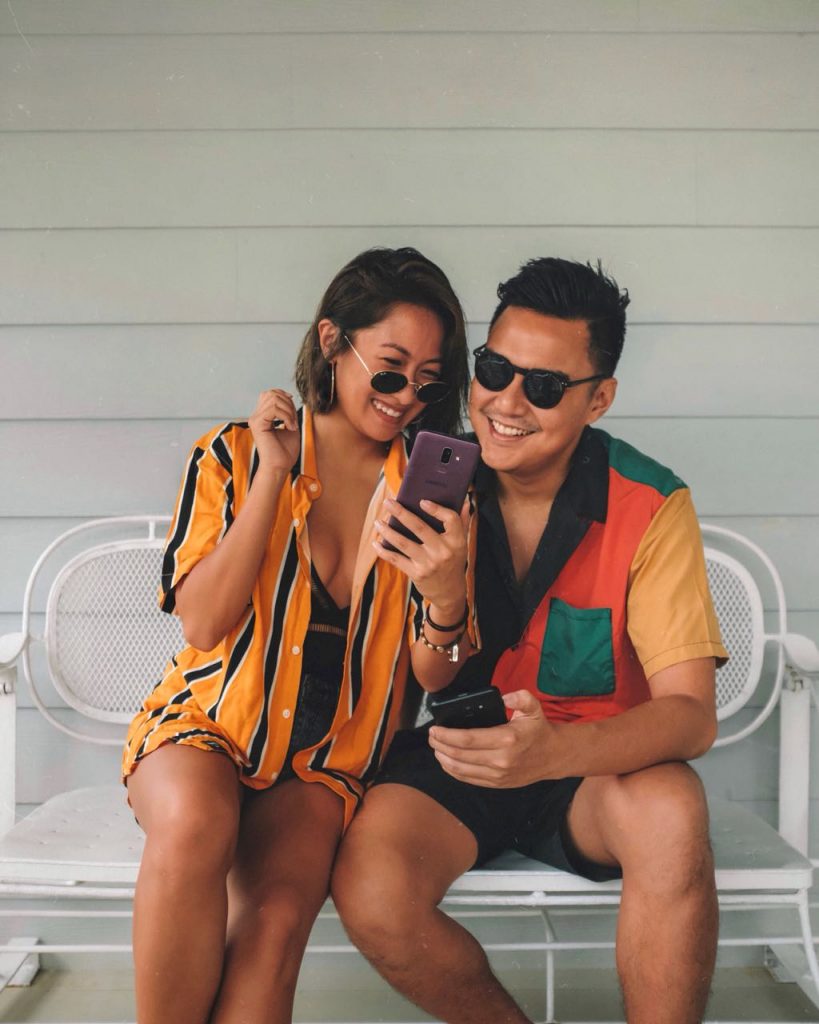 Fashion blogger and social media star Laureen Uy and businessman boyfriend Miggy Cruz were introduced during a casual night out so they “didn’t get to talk so much,” says Laureen in her post. But when they met again in a music festival, it was all sparks. “We ended up talking the entire night. Yung night palang na yun, I could tell sobrang swak na namin (Even on that first night, I could already tell that we were compatible),” shares Laureen. It turns out that a friend sneakily took a photo of the pair during their first meeting, and the image is now one of the blogger’s favorite images to look back on. Sometimes one’s friends just know. 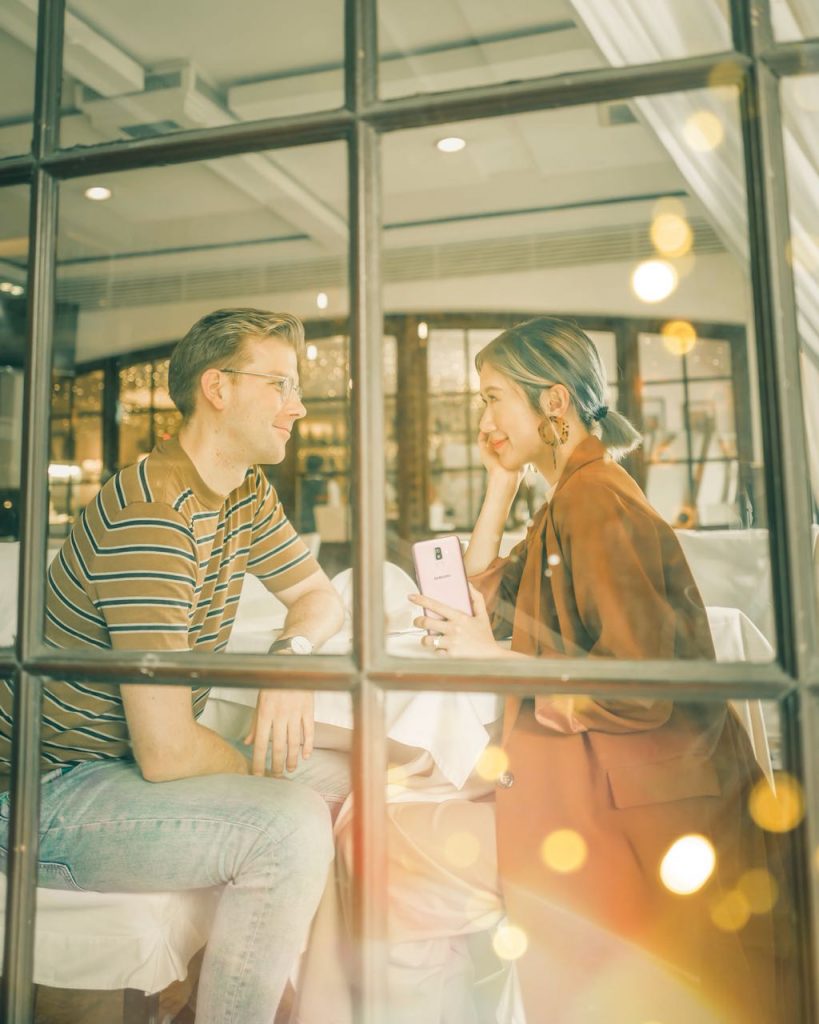 A lot of patience goes a long way

Fashion designer Camille Co’s boyfriend, businessman Joni Koro, had to do a lot of waiting even before they went out on their first date. “It actually took him one month to finally be able to take me out on a date because I was constantly out of the country,” says Camille in her post. Turns out he’d have to do even more waiting during their actual date: 45 minutes worth to be exact. “I later found out he’s a stickler for punctuality, but he must’ve liked me a lot because that didn’t stop him from asking me out again.” All’s well that ends well! 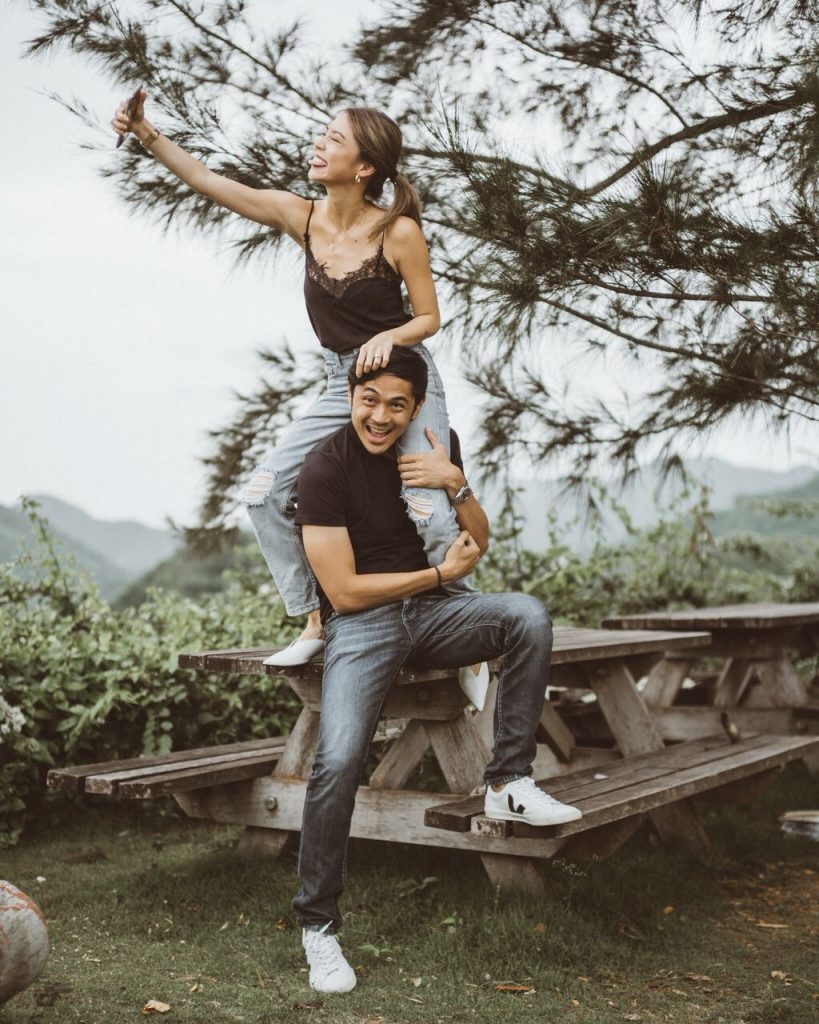 Everyone has made initial judgments of their partner, and admittedly, not all put them in the best light. This was the case for TV personality Slater Young and now fiancé, fashion blogger Kryz Uy. “He thought I was too prissy, and I thought he wasn’t for keeps,” says Kryz. “She thought I was mayabang (cocky), and I thought she was maarte (prissy),” echoes Slater. “Buti nalang (thankfully) love isn’t just about first impressions… but I still think she’s maarte,” says Slater. Fast forward three years, and the pair are now headed down the aisle. “Here we are killing our selfie game in our matching OOTDs and laughing at each other 24/7!” says Kryz. 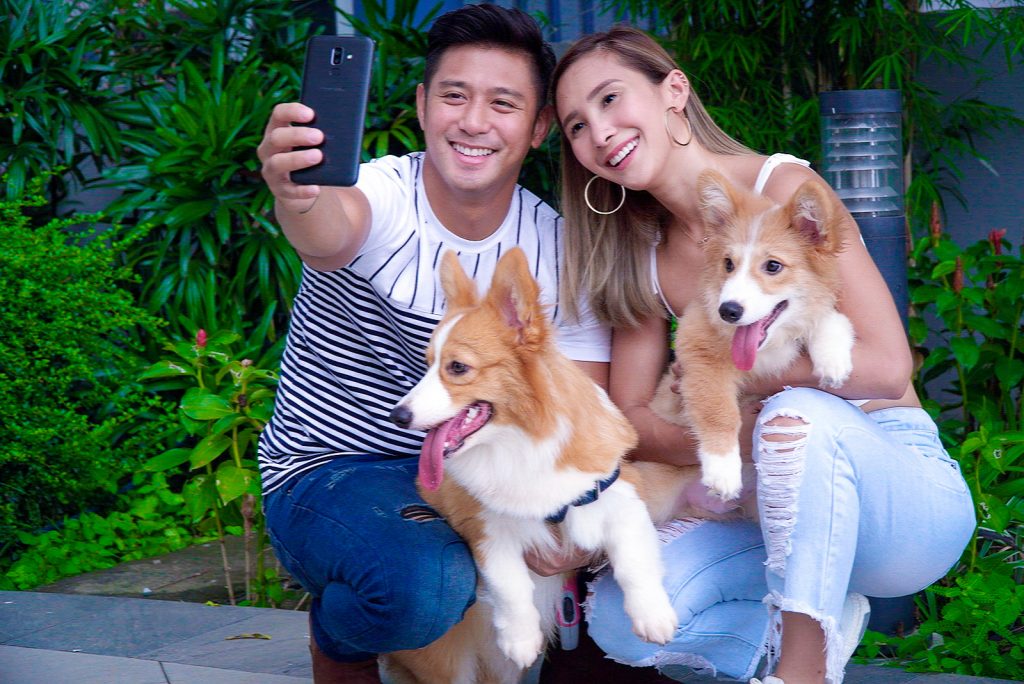 A great first date conversation is an excellent sign that the relationship can head somewhere– and if that first date conversation revolves around a mutual love for four-legged friends, could anything be sweeter? “Dogs were one of the topics that Mel and I first talked a lot about,” says actor Rocco Nacino of his first date with now girlfriend and volleyball champion, Melissa Gohing. “That alone kept the conversation running the whole night!” he says. The two now co-parent two adorable “furry babies” (as Melissa calls them in her post), whose wagging tails dominate the social media feeds of the pair.

Stay tuned for more stories in the coming weeks from these couples (and more!) as they capture new memories perfectly with the Samsung Galaxy J8.

Snap as many photos as possible without worrying about battery life, thanks to the Galaxy J8’s long-lasting 3,500 mAh battery. Relive all the highs of the moment through the Galaxy J8’s premium and immersive 6” Super AMOLED Infinity Display, complemented by the phone’s smooth and seamless design.

Available in black, purple, and gold variants, the Galaxy J8 also provides access to exclusive benefits via the Samsung Members app and anti-theft function through Find my Mobile. Also get quick emergency access via the Samsung 321 app.

The Galaxy J8 is available in stores with suggested retail price of Php 15,990. To know more, visit any Samsung-authorized store nationwide or visit facebook.com/SamsungPH or samsung.com/ph .