ABS-CBN executive adviser to the chairman and chief content officer Charo Santos was recognized for her contribution in the movie industry as she received the Icon Award at the 2018 Eddys, or Entertainment Editors’ Choice Awards last Monday (July 9). 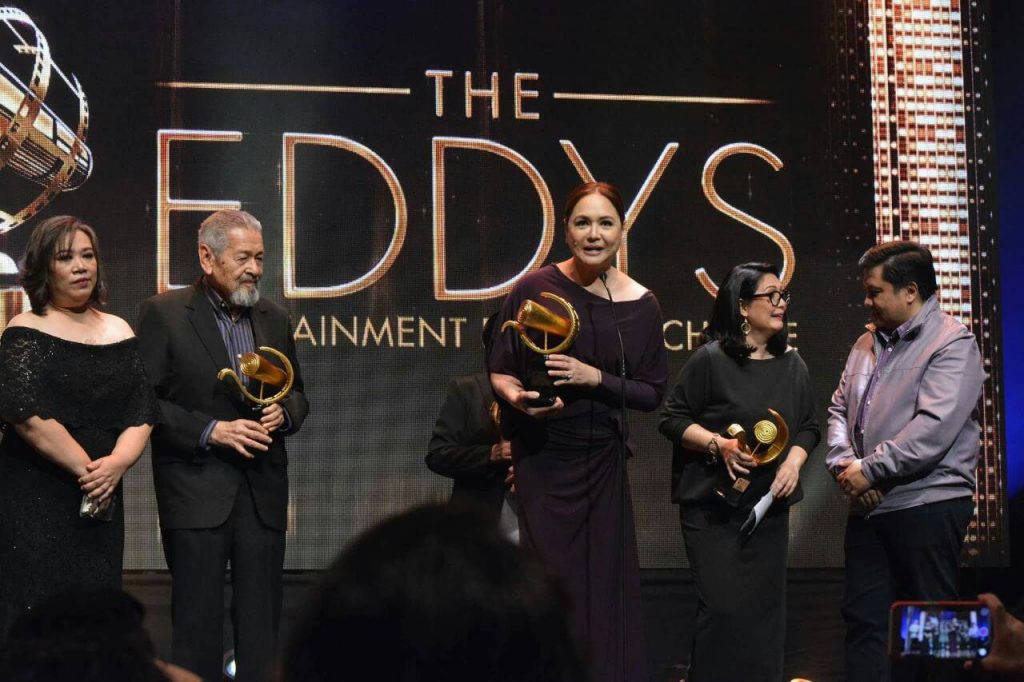 “A lot of blessings and opportunities (were given to me) to bring quality stories that made viewers happy, cry, and brought lessons and inspiration to everyone. Thank you for your love and support,” said Charo during her acceptance speech.

Charo started in the industry as a movie actress and won the Best Actress award in the 1977 Asian Film Festival for the movie “Itim.” She first entered ABS-CBN as a Television Production Consultant in 1987 after working as a line producer in several prestigious film production companies. She also worked as a Film Production Manager for the Experimental Cinema of the Philippines. Today, she hosts the longest-running drama anthology in Asia “Maalaala Mo Kaya.”

She was appointed as the president and chief operating officer of ABS-CBN in 2008 and later on became chief executive officer in 2013.

Meanwhile, this year’s best actor was Aga Muhlach for his portrayal in the movie “Seven Sundays,” while “Ang Panday,” led by Coco Martin, took home the Best Visual Effects Award.