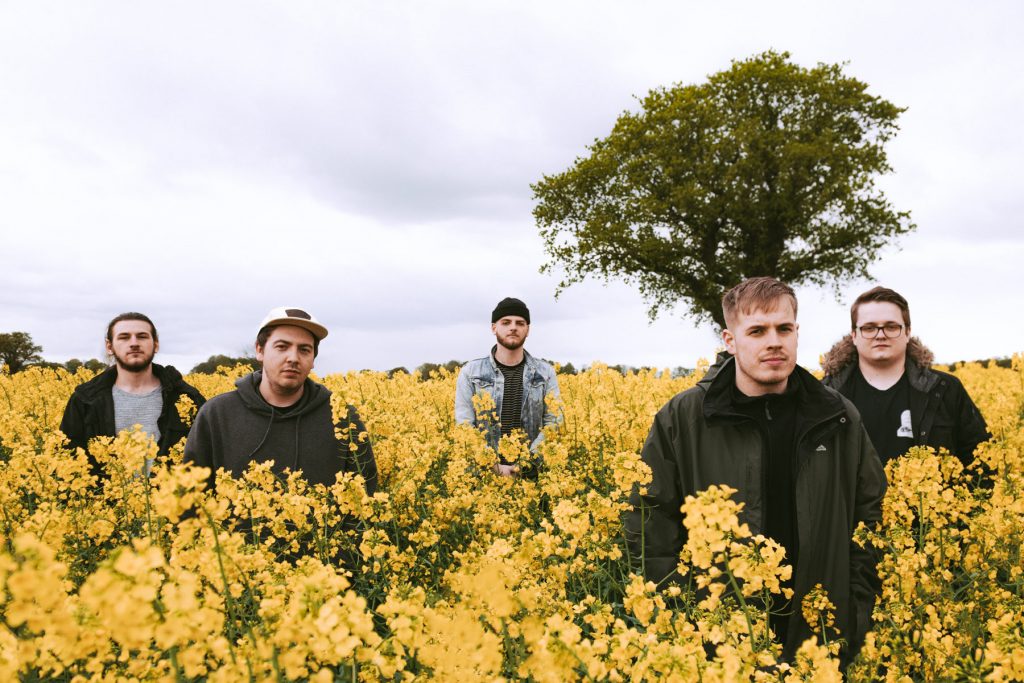 Following the world premiere of Coast To Coast’s new single ‘The Sun Is Dim’ on the Radio 1 Rock Show recently, the Birmingham crew have released the video here. Also available to stream on Spotify here, vocalist Kieran Hyland discusses the track’s meaning: “‘The Sun Is Dim’ describes the battle with mental health, having days where you question if you’re good enough for your loved ones and questioning if it’s worth living. The chorus refers to the stigma around mental heath, someone who seems physically well and presents them self as in control, may, in fact, be struggling more than you know.”

The track is the second to be released from their forthcoming EP, with lead video single ‘Be Kind’ available to enjoy here. Their third extended player ‘The World Doesn’t Work’, will see the light of day on October 26 via Fox Records. Available to pre-order now, you can secure it digitally (here) and physically (here), including on CD and two limited edition vinyl colourways. Hyland sets the scene: “The title refers to how negative experiences can affect you and your loved ones and is a lyric from the track ‘Boxing’. It refers to a time when I felt very low and isolated, with a warped view of the world. I think that lyric, in particular, summed up the whole feel of the EP.” Meanwhile, lead guitarist Alex Edge says of the beautifully rendered artwork: “Artist Brandi Strickland manages to perfectly convey a sense of being overwhelmed, with how busy and chaotic the piece is, which I think it really fits in with the themes of the EP. We fell in love as soon as we saw it.”

Completed by Josh Taylor on Rhythm Guitar, Zak Taylor on Bass and Jake Oseland on Drums, Coast To Coast released their debut ‘Dwell’ in 2016. Following the addition of Zak and Jake later that year, the band consider that that is when Coast To Coast really came into existence. 2017 sophomore EP ‘The Length Of A Smile’ saw the pop-rockers sonically getting into their stride, then solidifying their ambition of “always looking forward to trying out new things musically and playing our hearts out on tour.” Josh reveals: “We’ve grown with our music tastes. When we did (debut EP) Dwell we were all pretty young and listened to many of the same bands. As we’ve gotten older our tastes have matured, we all listen to a lot of different bands now, so our music feels like more of a mix and something new.”

Sticking with their tried and true formula of recording with trusted producer Ian Sadler at Emeline Studios, with mastering put in the capable hands of Grant Berry at Fader, the band took their demos and knocked them into shape, declaring: “This is the strongest stuff we have made. We’ve transitioned well into a more mature sound and found our own style within that.” Revealing that much of the lyrical content is drawn from his relationship with his Father, including quoting comments he has made, Keiran also shares a surprising source of influence: “I wanted to write more subjective lyrics as I’ve always admired bands such as Oasis who are able to write them in a way which means they are interpreted differently depending on who is listening.” The result is a smart, impassioned and incisive 6 tracks of swaggering English rock, in the vein of Lower Than Atlantis, Fatherson, and Deaf Havana. The band conclude: “Whilst our last record saw us finding our feet, ‘The World Doesn’t Work’ is that sound but more refined and polished.”

Coast To Coast Release ‘The World Doesn’t Work’ Via Fox Records On October 10, 2018.